The weekend of July 2nd, I was at home in Cueramaro. These photos are from that weekend.

There have been a lot of changes in our little town in the many years I have been going there. It is now more of a regional center than ever—with all the attendant benefits and problems.

In these photos you can see the new conduit going in to put the mess of wiring on poles that has graced our city for so many years, underground. I’m not sure it will be any less of a mess, but it will be out of sight. This is a process that has been going on all over México for the past several years, particularly in the Centro districts.

In the past year we’ve had what seems to be a constant flow of change in the jardine – most of it underground, but new statues and new food carts are the obvious changes.The mercado got a major upgrade over the past year, and has expanded to take up spaces that were closed off for a long time. We now have bus service to Penjamo and nearby cities several times a day as well as the major bus line to Irapuato and Leon.

There was a time when going home to Cueramaro seemed like a world apart from the big cities of Morelia and Irapuato. We’re trading that isolation for the noise and bustle of a city. I can’t say that is bad – in the long run it means more business and more opportunity for our friends and family and we’ve needed that for a long time. Time and change – you can’t escape them. 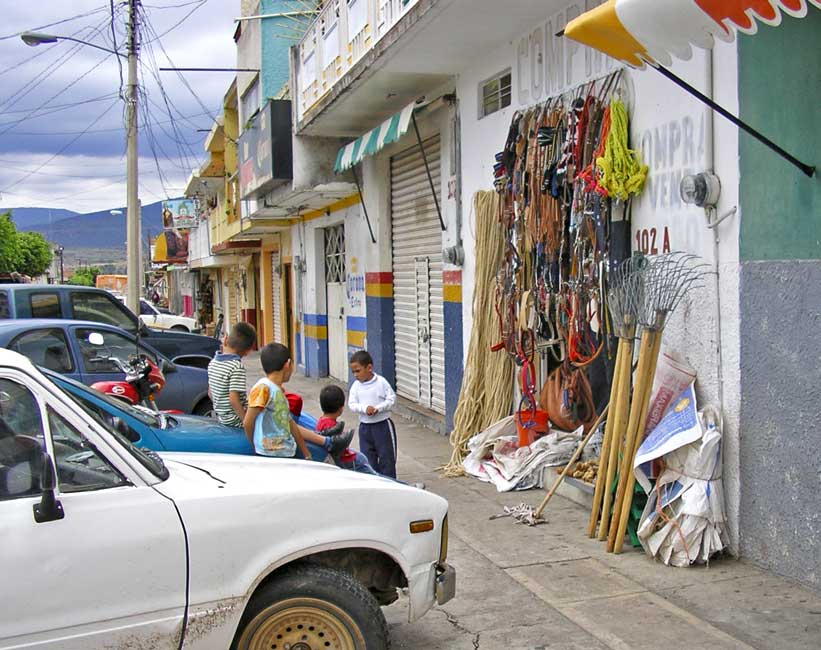