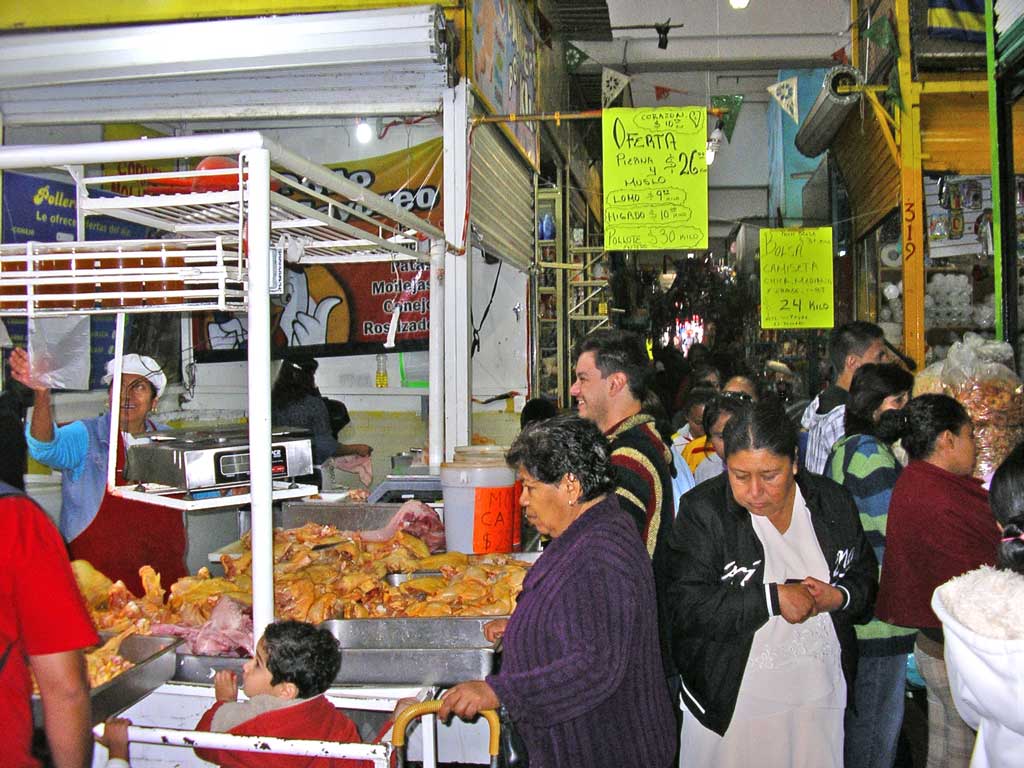 The Bajio turned cold this week. Not by US standards, because our average temperature range is from 66-42 F right now, but for México, this is cold. Because we live in a temperate zone, most houses have no heat or air conditioning. We have air conditioning at work because it would be hard to be productive in an enclosed office on hot days, but most people just use their windows to moderate the temperature as they need to.

My apartment is well sheltered though, so it is quite rare for it to be really hot or cold. Sometimes I put on a sweater or start a fan, but I’ve never needed more than that. Still, I’ve changed to a heavier coat for my walks in the morning and evening.  We do have seasons, they are just different than our friends up North experience.

I don’t have a specific story to tell, but there are lots of little things that have gone through my head recently so — you get a few little moments this time. 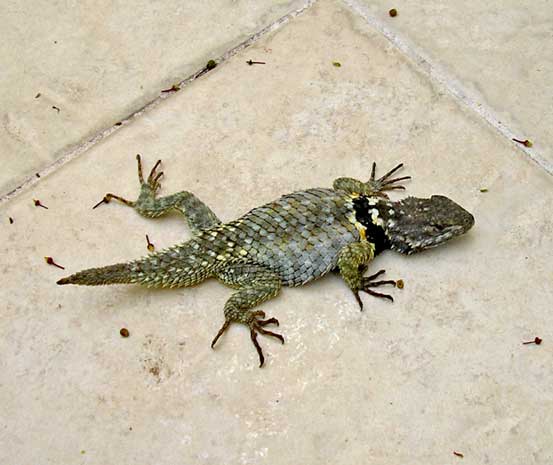 A couple of weeks ago, I had a visitor on my patio. A collared lizard literally dropped in from the vines that hang down the patio wall. I imagine he was hunting in the vines and slipped. After waiting to see if he could make his way up the wall without help, I coaxed him into a box and set him free out front. I hope he has successfully resettled elsewhere by now.  He was a beautiful little fellow, but the last thing I need right now is a pet lizard. Well, maybe not the last thing….

From one of the my family on Facebook, a moment that speaks for the life of Latino children in the US:

Adrian: Tia Sheila, is your TV Mexican?
Sheila : No, why ???
Adrian : ‘Cause they talk like my Ma and Pa…
Sheila: No, it’s just a Spanish show, Adrian. 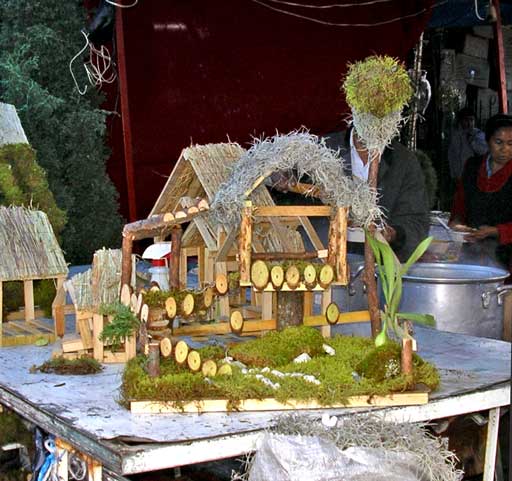 I read the New York Times a lot, partially because of a gift subscription from Lincoln Cars. I’m not sure why I was selected, but I’m happy to have it. Recently, the articles have improved quite a bit. It seems to me that NYT journalists are getting more space to tell real stories, and not just report the news of the day. I don’t know if that is because the pay wall is contributing more money or there is a better sense of direction, but articles like this one have greatly improved the standing of the Times with me. It is nice to see someone in the newspaper business looking for ways to improve, not just make more money.

I have been told by many of my friends that I should go to the Mercado de San Juan in Centro instead of the Mercado Independencia here in Morelia where I usually shop. This week, I decided to try it and see what they were talking about. After the experience, I surmise my friends don’t shop at the mercados regularly or at all. In comparison to where I usually go, it was truly sad. The space itself is much larger than Independencia, with wider aisles and two areas across the street from each other. Unfortunately however, it was as dead as it could be without being shuttered. There were several produce vendors with lots of tired vegetables and looks of despair. There were only a couple of butchers, but they had precious little to offer. One vendor had a few ornaments for Christmas. I left as quickly as I could. It was depressing. 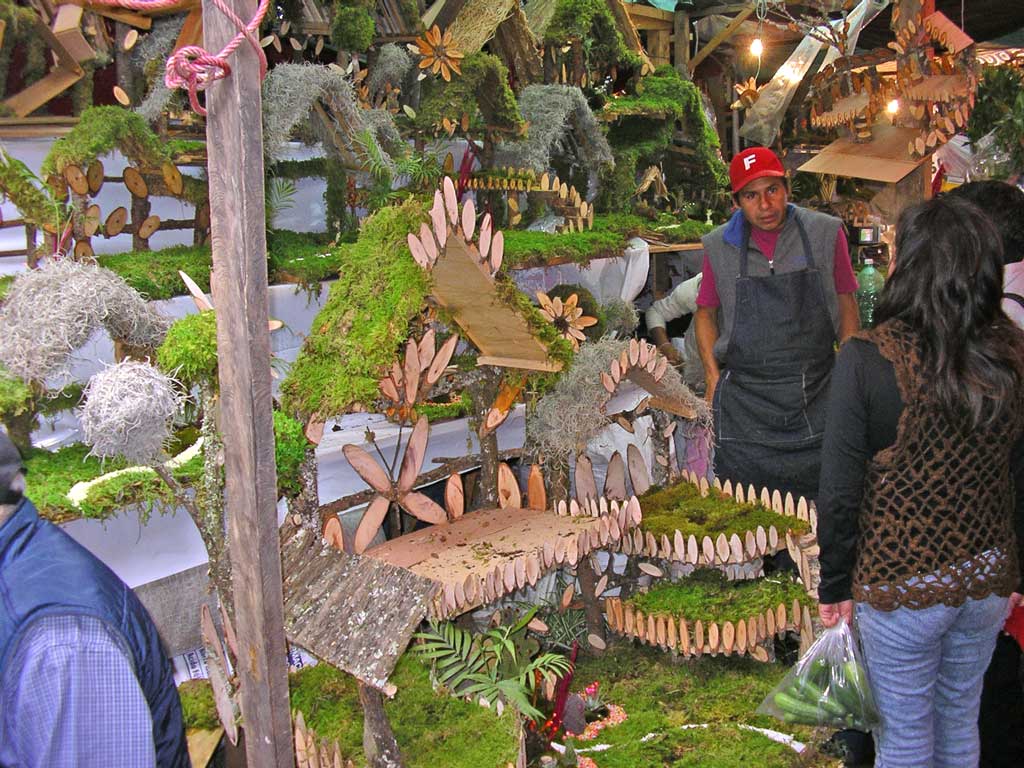 After that sad experience, on the way back to Madero where I could catch a combi back to my apartment, I passed a small restaurant with a sign out front and one word: “Lasagna.”  I was hungry and decided I had to try it. Spaghetteria Gian Carlo is located in what was a typical colonial home in the historic Centro district of Morelia. Inside, the decor is eclectic and quirky but nice. A shelf unit displays a large collection of old telephones. I’m told at another time it held a display of antique radios. Prints and paintings decorate the walls randomly. I sat in a small room near a window as an afternoon shower began. I was glad I had found the restaurant when I did.

In México, the afternoon comida is traditionally the biggest and most elaborate meal of the day. On weekends, most families tend to have a large breakfast, a late lunch (the comida) and a small snack for dinner. Since this was a Saturday and I hadn’t had much of a breakfast, I decided to go with tradition and have a full meal. I ordered a crostini, the lasagna special that is served only on weekends and a Michelada.  I’m convinced that any Italian in his right mind would order a Michelada for the afternoon meal in Morelia, so I don’t see it as a departure from tradition…

My crostini was nicely toasted with melted mozzarella cheese and fresh diced tomatoes. A sliver of anchovy topped it off. Nothing fancy — just good food, carefully prepared. The lasagna was made with fresh, not canned, tomato sauce, and reminded me very much of the recipes we found at the trattorias on our trip to Italy. People with expectations of Italian-American style cooking would be disappointed, but I was very happy. I felt like I had visited an Italian home. I will return to Spaghetteria Gian Carlo, I’m quite sure. 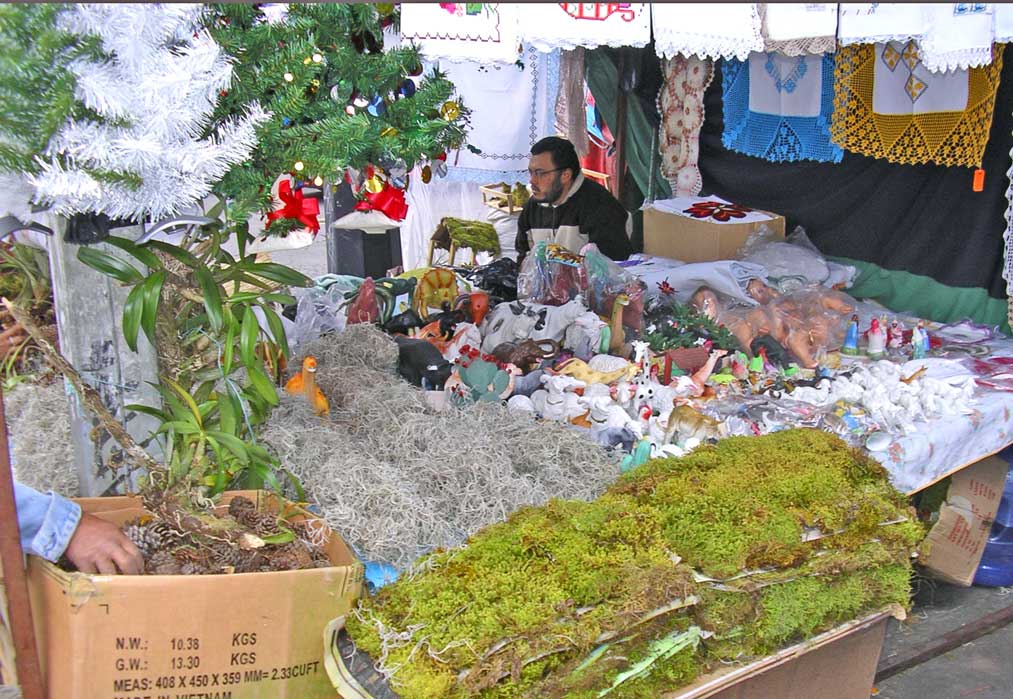 Sunday, I went to Mercado Independencia and was taken again by the difference between this and my experience the day before at Mercado de San Juan (you can see the photos with this entry). The narrow aisles of Independenica were packed with shoppers. The stalls, even during this cold period, are overflowing with produce. The butchers are busy, happy to see you and willing to do what they can to get your business. The seasonal vendors out front are loaded with things for decorating homes in traditional style, with something for every budget. I bought my chicken, pork roast, and produce for the week for around $250 pesos (at 13 pesos to the dollar).

To eyes used to the packaged and organized aisles of US supermarkets, a busy mercado can seem overwhelming and chaotic. We have beautiful supermarkets here and I know many people who would rather buy in bulk and frozen at Costco or Sams, no matter what else is available. I live alone and I find the warehouse store concept to be cold and regimented. In the mercado, I know the dairyman I buy my cheese from, I know my poultry seller, and the fish mongers who have what I want. My fish is fresh, glassy-eyed and firm. My cheese is flavorful and not an expensive, packaged import. My meat never smells “off.” The prices are reasonable and I have lots of choices.  I can live with a little chaos for benefits like these. 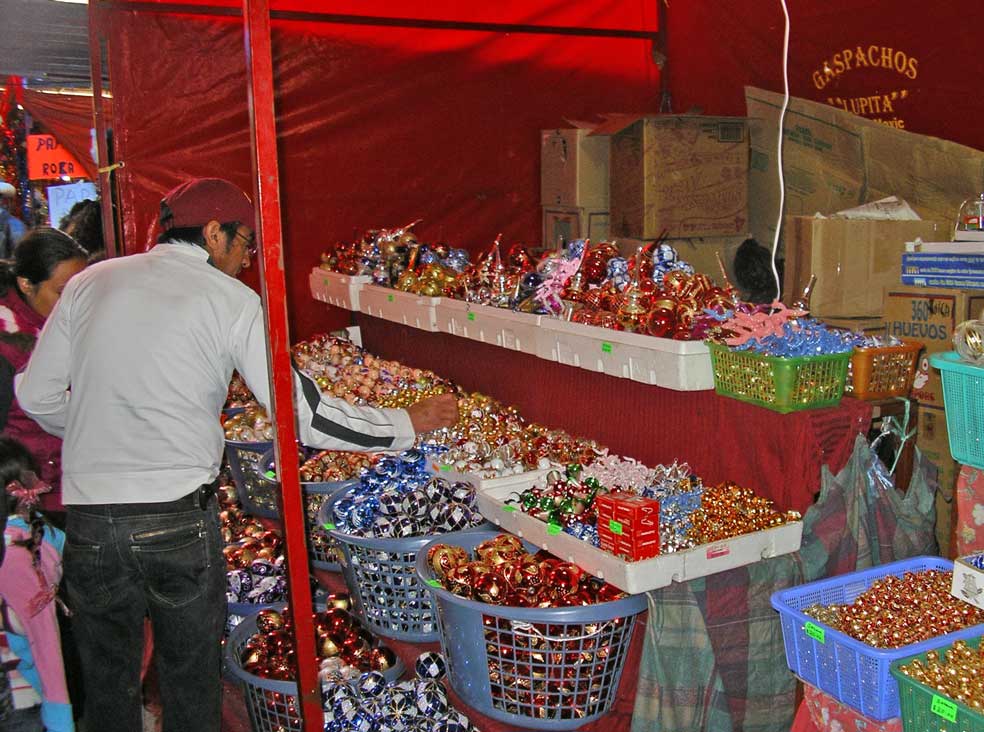 For those that haven’t figured it out — I’m working on some writing beyond the blogs and technical work I do. I have a novel in mind that is still in formative stages. I started this blog in part to force myself to begin the process of creative writing and to provide a place where, if and when I am ready, I can promote it. The concept is a crime novel set here in Morelia.  It is taking form without much prodding from me, with little pieces falling into place all the time. Because of that, I’ve held off writing it to an extent — allowing the story to form without force.  It may seem like an odd genre to start on; I have not found México to be the violent place it is often said to be in the US media, but I don’t believe you can simply ignore reality either. Perhaps I will find a way to say what I feel about the situation and expose people outside of México to a broader point of view. I hope so.

I have a great Mac laptop and I have found Scrivener to be a wonderful writing tool. I use my camera to take pictures that both record places and elements of the story. I hope at some point to do a photo piece of some sort. But, my little point and shoot camera has taken literally thousands of pictures and it is not as flexible as I need it to be. So, I have decided to buy a digital SLR to replace it and spur some additional creativity in my life.

Earlier, I wrote that I was planning to get that new camera – now it is on it’s way. So stay tuned for lots of new (and hopefully better) photos.

Until the next time… I’ve got a lot of writing to do!