The last piece of my creative photo kit has fallen into place (you believe me don’t you?). Now I can explore High Dynamic Range (HDR) images when I take my photo walks, assuming I am willing to carry my tripod. One thing this walk, and the subsequent post-processing session, taught me – it doesn’t pay to be timid when playing with HDR. It is a creative tool and if you don’t want to be a bit on the edge – it is best to just go with standard approaches.

So, these photos are not intended to be natural or simply scenic views of Morelia, México. The colors are punchy, the detail is edgy, the skies are beyond blue and it is a heck of a lot of fun to make these. Time consuming – but fun. Believe me when I say, if you were walking where I was, you would not have seen these views of our beautiful colonial Centro area.

Enjoy them for what they are… 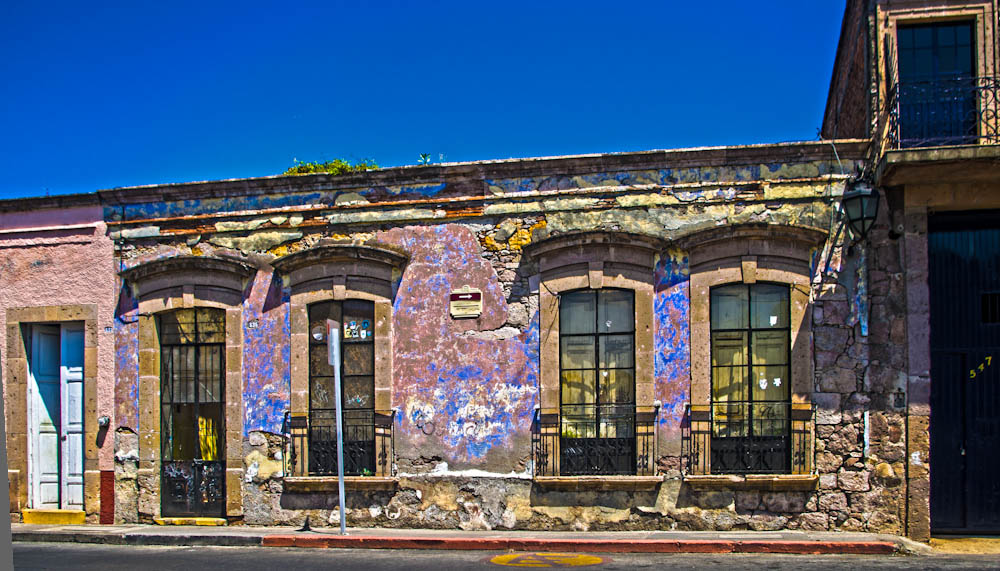 You might recognize this house from a previous version in this post, and that will give you an idea of how much HDR adds to my toolbox… 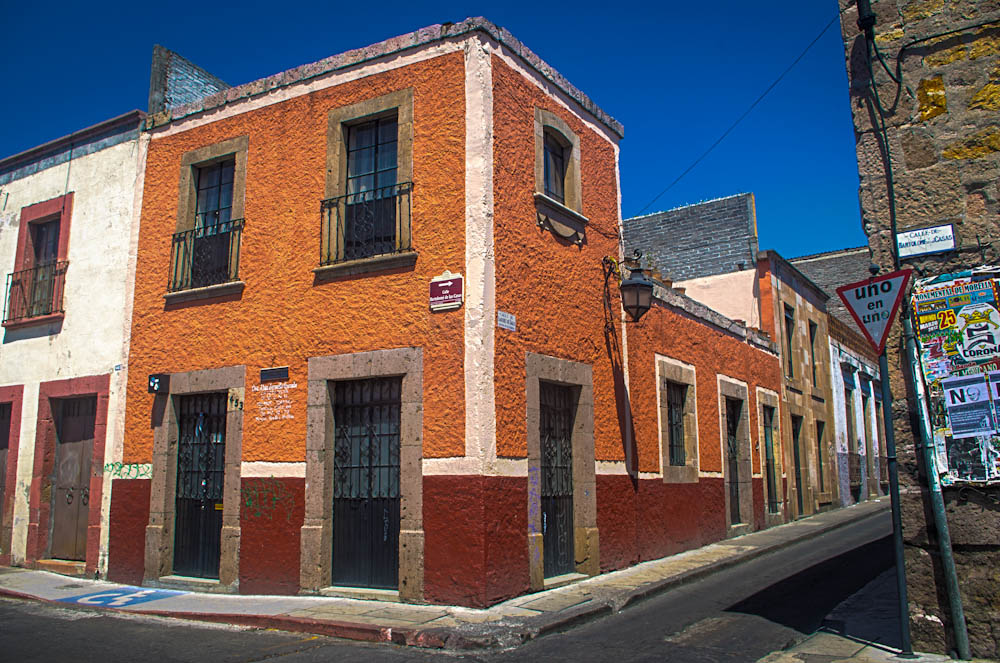 I made no attempt to correct the verticals in this one because as I looked at the scene during post-processing I felt that the point of these is to be a bit extreme – so why tone it down by lessening the effect of the wide point of view? 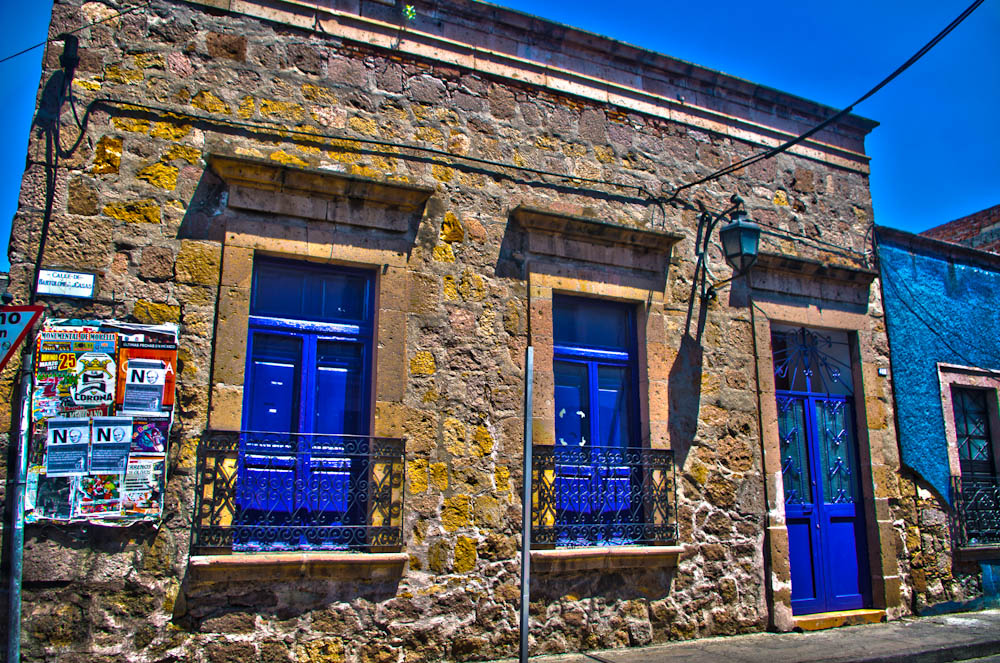 The glorious blue in this view of an old house is a classic Mexican choice, even without the punch added by HDR. The yellow of the lichen on the stone and the colors in the broadsides on the left were exactly what I was after when I took this shot. 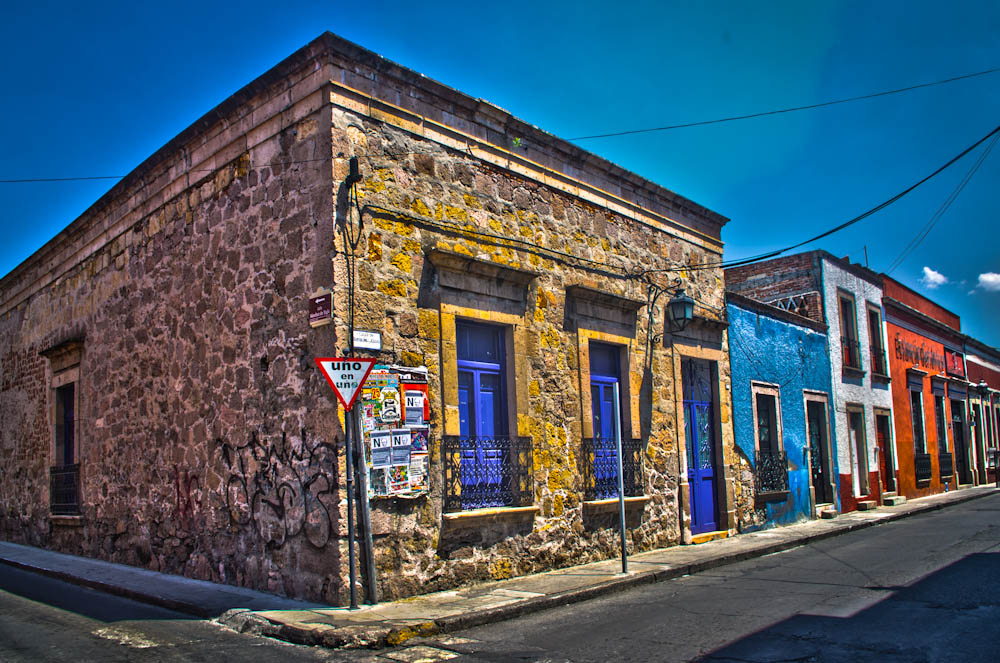 Color, color, color – this wouldn’t be possible if it didn’t exist in the first place, but still, I don’t think the residents of this street will recognize this view right away…. 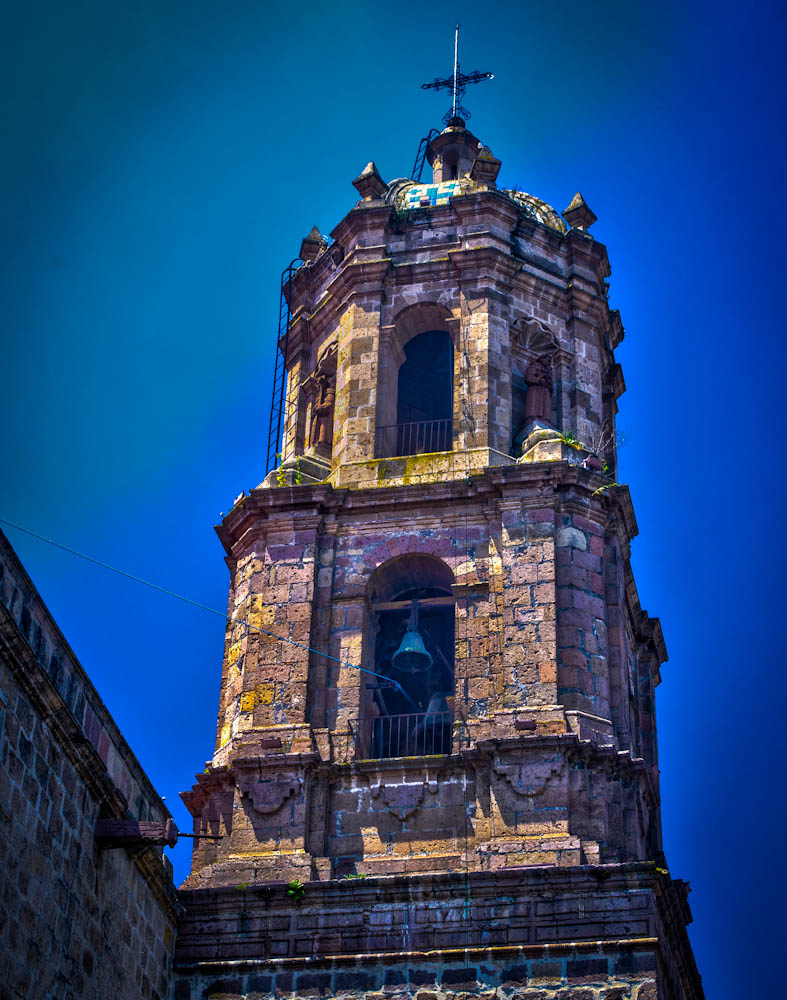 The tower of a nearby cathedral. The vignetting is quite intentional, not an artifact of the HDR process. I wanted to isolate the tower without cropping it too tightly. 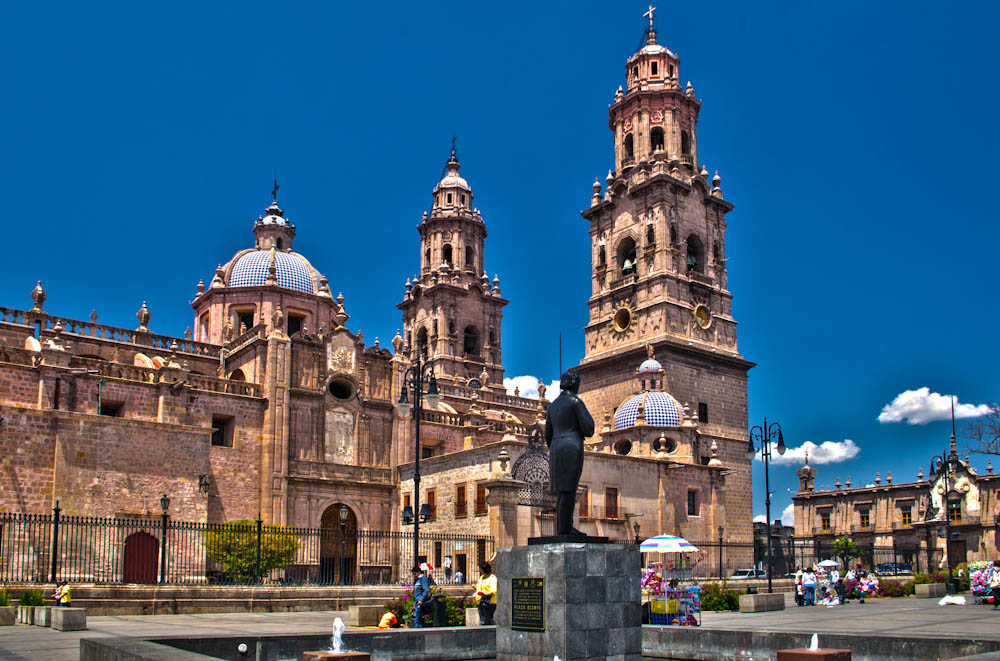 This look reminds me a lot of the old hand-colored black and whites that were used for postcards many years ago. I combined a larger number of shots for this one because people were walking around on the plaza while I took the photo array needed for HDR. By eliminating “ghosts” I was able to make it appear as though everyone stood stalk still for the 5 or 6 seconds it took me to make the series. There have been a lot of photos of the principal cathedral of Morelia, but I don’t think there have been too many quite like this. 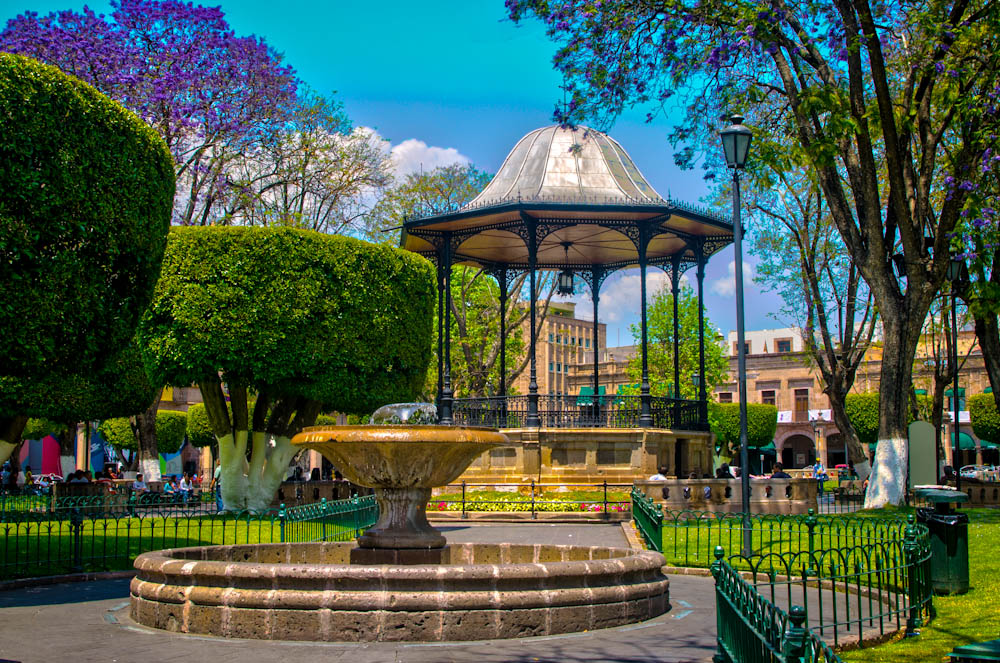 This is the bandstand in Plaza Las Armas next to the cathedral. The purple banding in the sky above the bandstand is an artifact of the HDR process. The sky is reflecting light at a different angle on the horizon, probably because of haze in the air and it changes the color balance.  With a lot of fiddling, it could be removed but there is so much detail in these photos it just isn’t practical. Except for the last photo of the cathedral and this one, all of the HDR photos in this entry come from a series of three photos with different exposures that are combined in a composite. This one has two series of three – six photos – and that plus deghosting eliminated some of the banding in the sky, but not all. It took forever to process the blend down of the six photos! 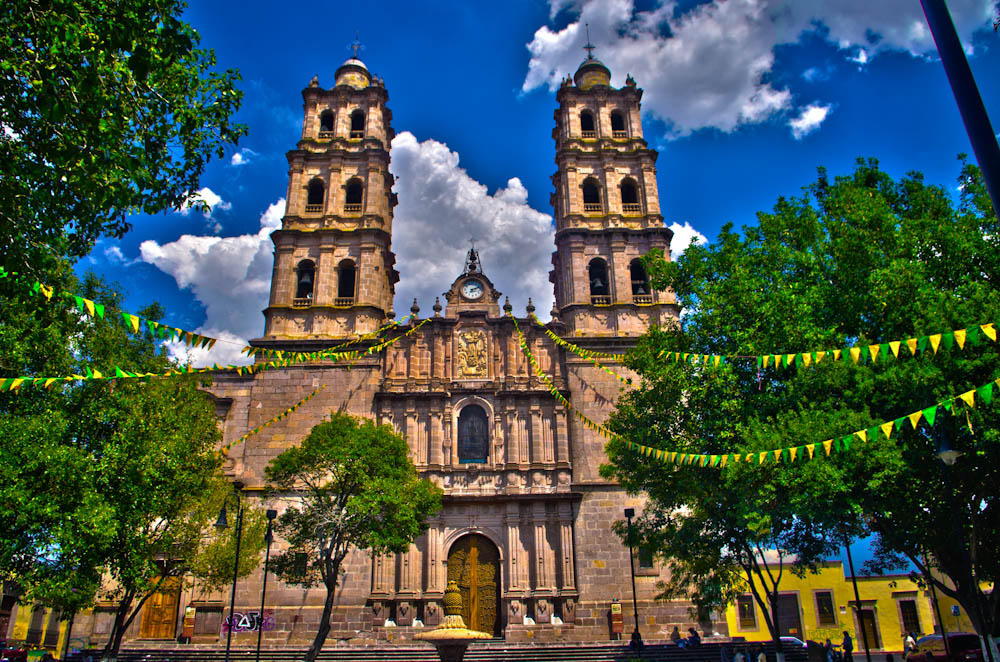 This is the Templo de San Jose – a beautiful old cathedral and school in Centro.  Last night, I posted a more timid version of this one on Facebook, before I was comfortable really pushing for the edge with HDR. This is what I saw in my mind when I was looking at the scene. I love the flags streaming down from clock bringing your eye to the center of the picture.