I apologize for my absence, my friends and readers. I’ve been busy, and technical issues took too much of my time to clear up. I’m still using Amazon Web Services as the host for this blog, but I found that the micro instance I was using was just too small and under powered for the task. I upgraded, paid for a reserved instance (which lowers the price significantly) and I’m back.

I did look at some of the more common hosting platforms for WordPress, but when I did the math, it just didn’t make sense. A dedicated virtual server like I am using now would cost three times what I am paying – and I wouldn’t have near the freedom. I have plans for this blog and other things to do with my money.

As I said though, I have been busy. Over the Easter break in México, many people go for family picnics. I was in Cueramaro, so of course, I joined in. Perhaps at some point, I’ll be able to put more pictures up for those who don’t see them on Facebook, but for now… 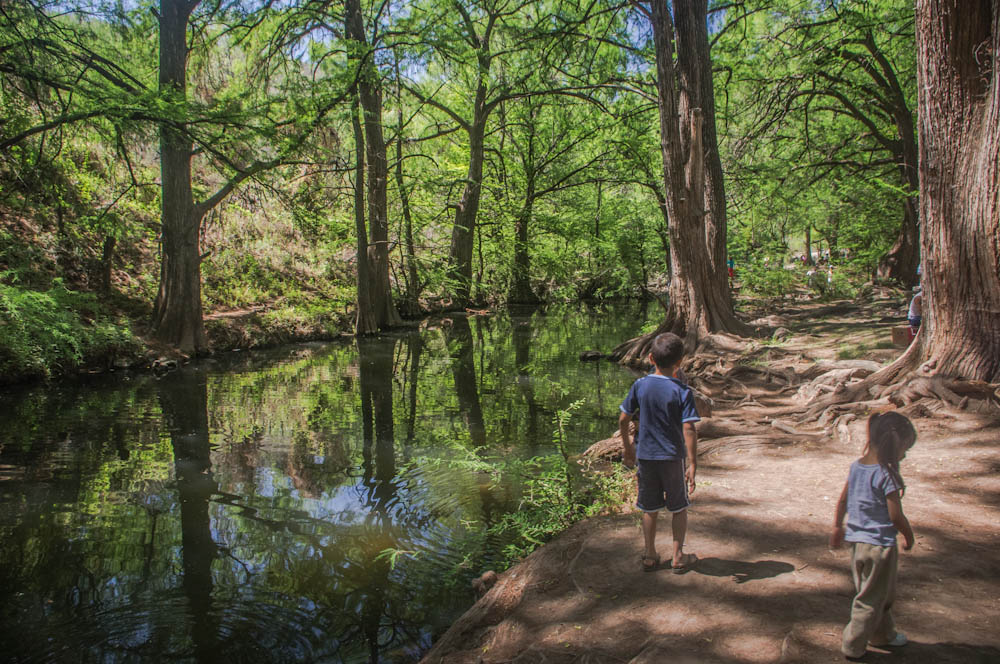 To me this is wonderland from a young boy’s point of view. These kids don’t see trees and a pool like this in Cueramaro. 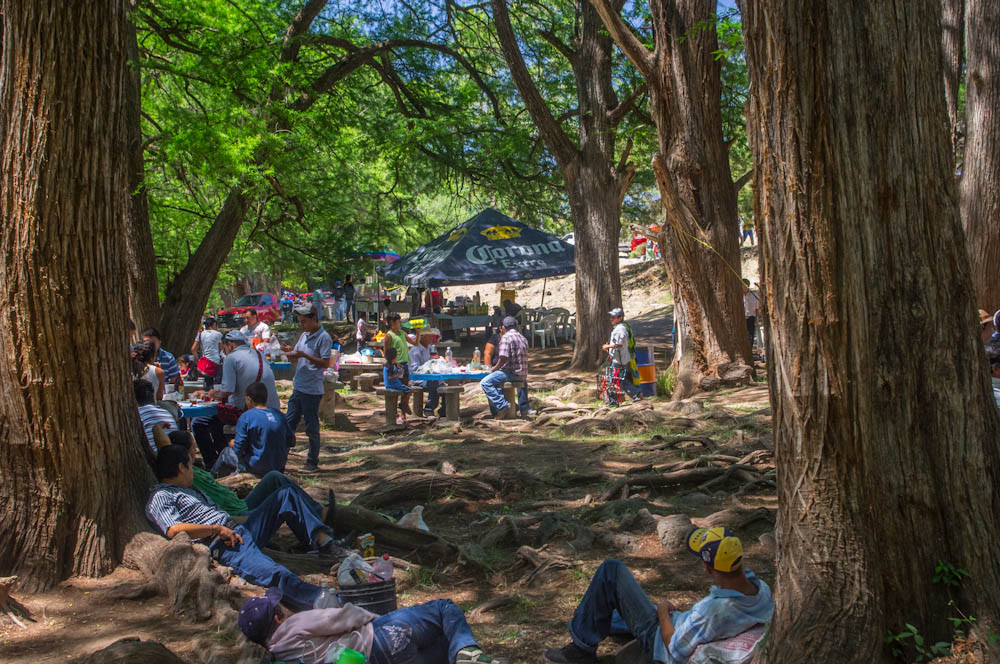 Yes, it was just as idyllic as it appears. And the trees tower over our heads… 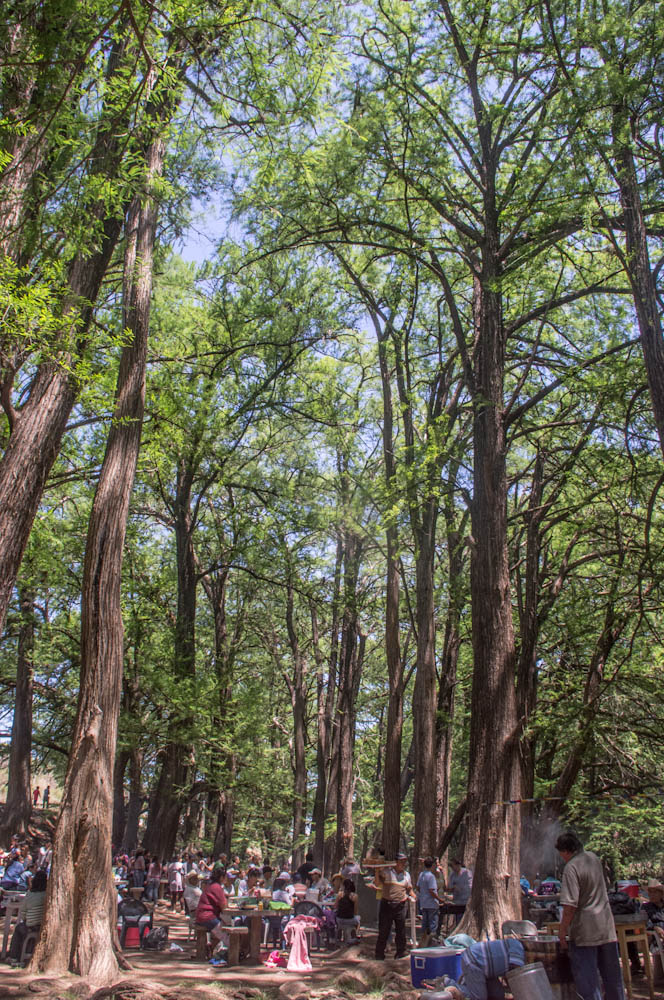 Perhaps that will give you some sense of what I mean.

I also had a chance to do some photo walks and a little more HDR photography. I do enjoy it when I can. I hope there will be some shots from a location out of Morelia soon. These two are from a walk over a month ago. 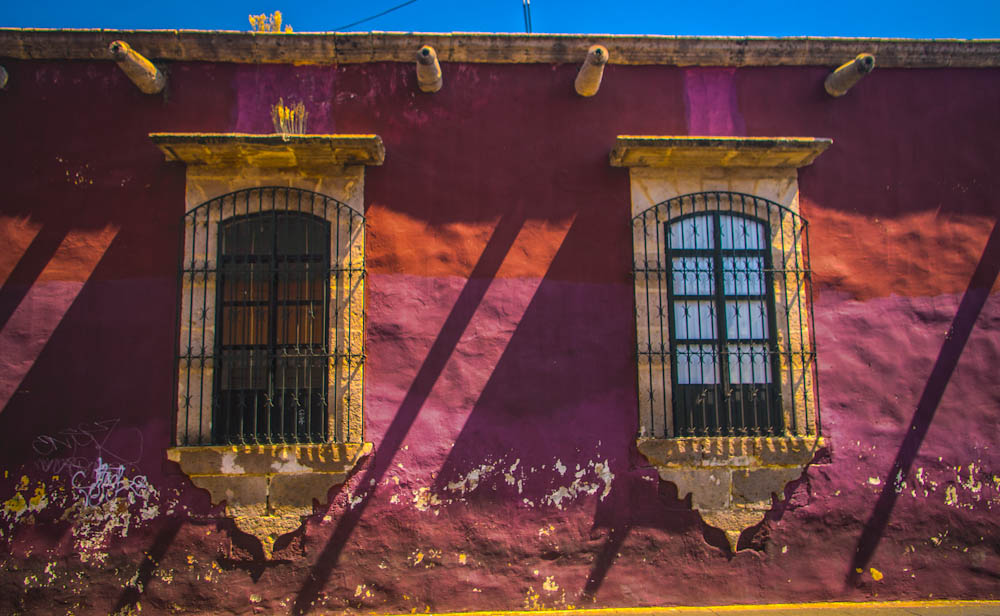 I love the shades of eggplant that the painters left on this one. Every band is evidence of another day or another bucket of paint. You wouldn’t see them if you walked by – it was something I could only see  clearly when I processed the HDR and brought it out in the final.

And that brings us to our last photo and a small announcement for those who think I have forgotten I was writing a novel. Actually, the story is progressing now and I’ve settled on a name. It comes from headlines at the time of the 2008 grenade attack in the plaza during Independence Day celebrations. And it has a very intentional double meaning as the photo below suggests. You will see it again, if you check the domain for Mourning in Morelia.  You never know what I might think of to keep myself busy… but I will have more to show you very soon. 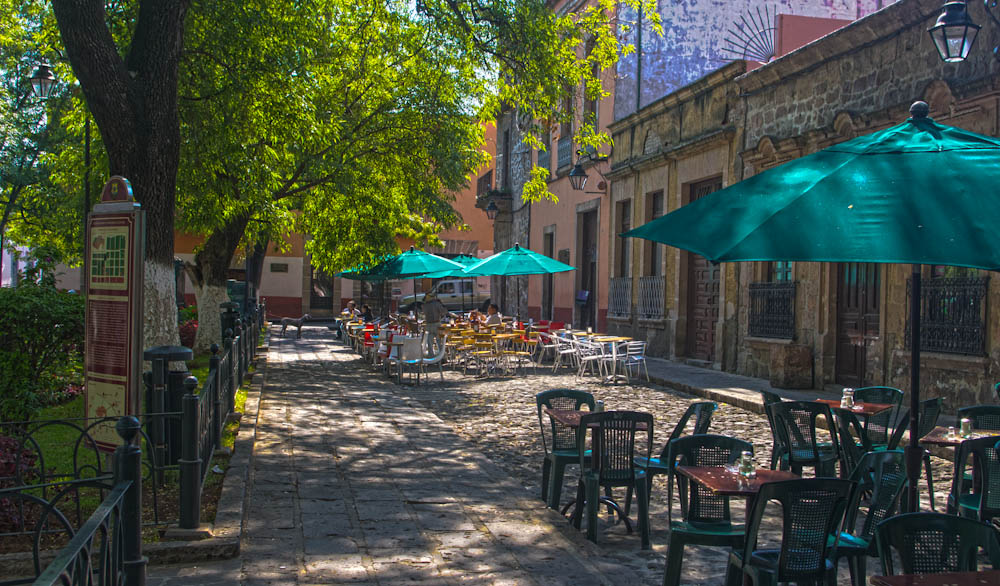 Restaurants spill out onto an old cobblestone road next to the Conservatory of the Roses on a peaceful Sunday morning in Morelia.