Organic, Natural and Sustainable in México

I don’t really know if people outside of México consider that we have many of the same movements and ideas here that are common in the US and Europe. We have an active Slow Food contingent, Morelia is running its annual Morelia en Boca Festival that shows off local restaurants, chefs and regional foods. And of course, we have all sorts of fancy foodie magazines and television shows. Yesterday, I went to a “pop-up” market in Santa Maria to see what they might have and maybe pick up a few things from an invitation on Facebook.

The market was in an old home in Santa Maria de Guido, on the ridge above Morelia. The vendors are a mix of farmers and artisan makers of cheese, soap, herbal applications – a little bit of everything. It isn’t a big market by any stretch, but I’m happy to provide a little support by way of buying some food I needed for the week anyway. 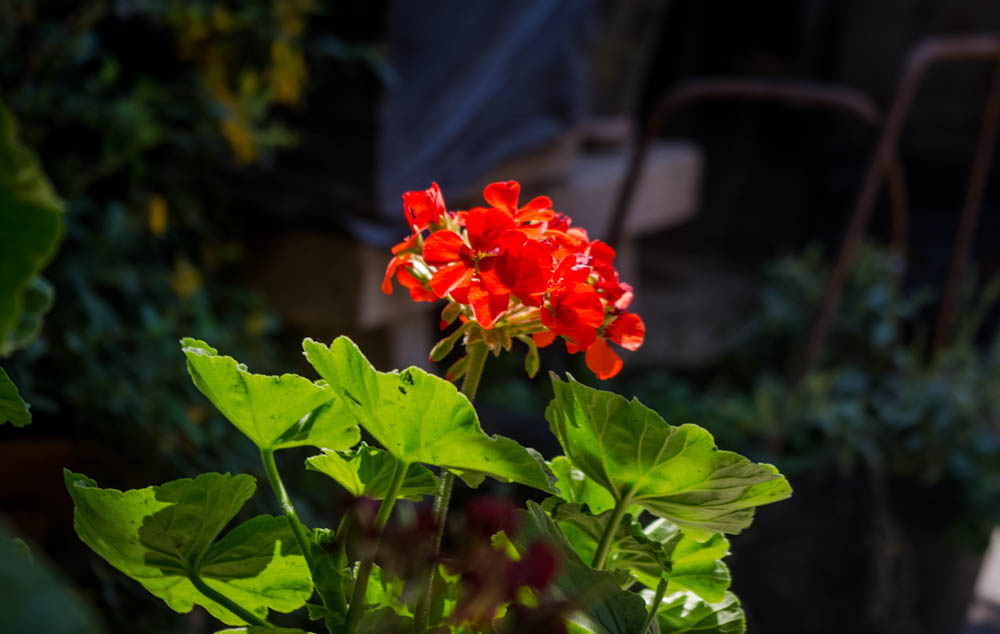 A stunning geranium in the walkway between the two large rooms in the house that hosts the market. I love back lighting on flowers and this really grabbed my attention as I walked by. 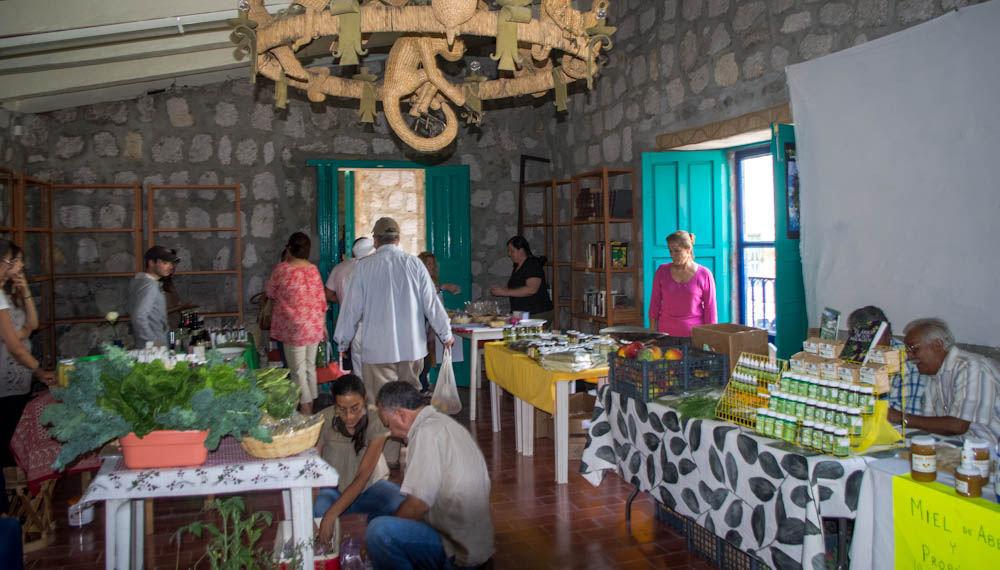 The main hall with several vendors – the lady on the left is showing her customer fresh, frozen lamb. Yes, I have some waiting for the grill in the refrigerator now. Fresh mangos are in the crate behind him and there are all manner of jams, salves and concoctions in the jars on the tables. Next time I want to get some of the artisan cheese they had! 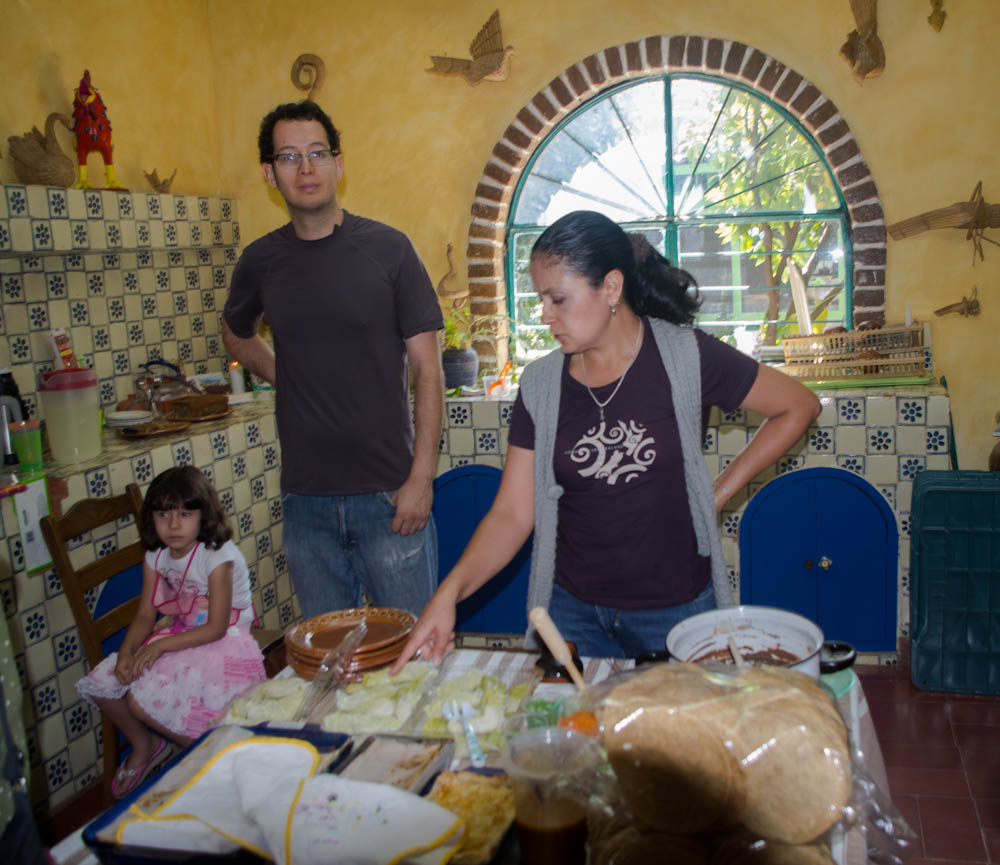 In the kitchen of the old home, a family was offering several of the vegetarian specialties of México. She is pointing to cabbage rolls stuffed with rice and herbs. In front there are several “pastels” that have spinach, potato – many interesting fillings. I wanted to try everything! 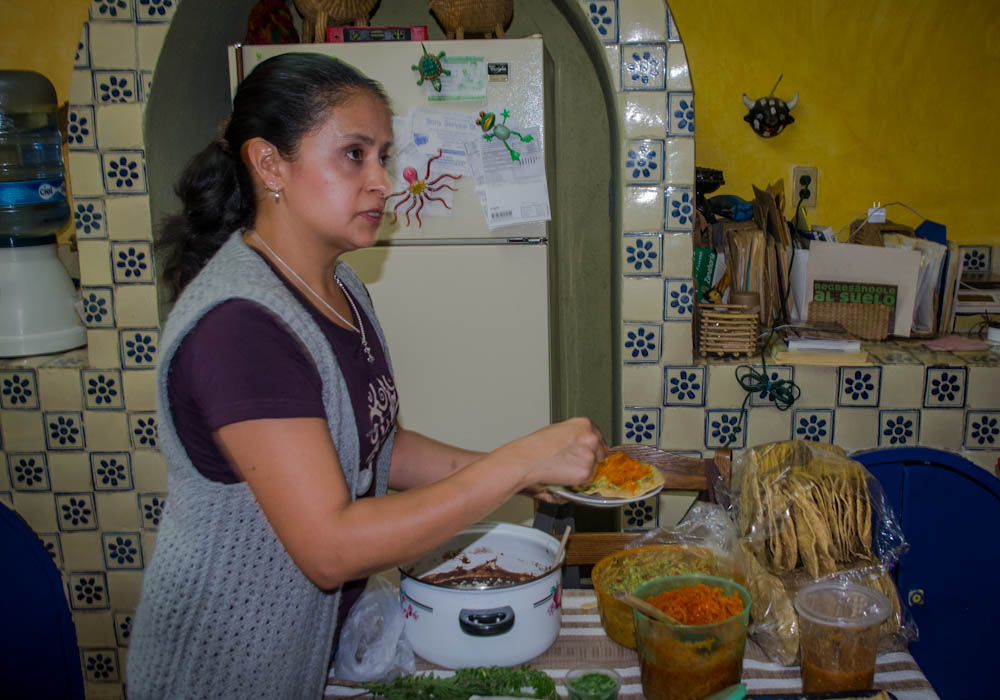 She is making a tostada with guacamole and a picadillo of carrots, topped with a little of the chipolte salsa we love so much in Morelia. I had two of them with a fresh limonada… Wonderful! 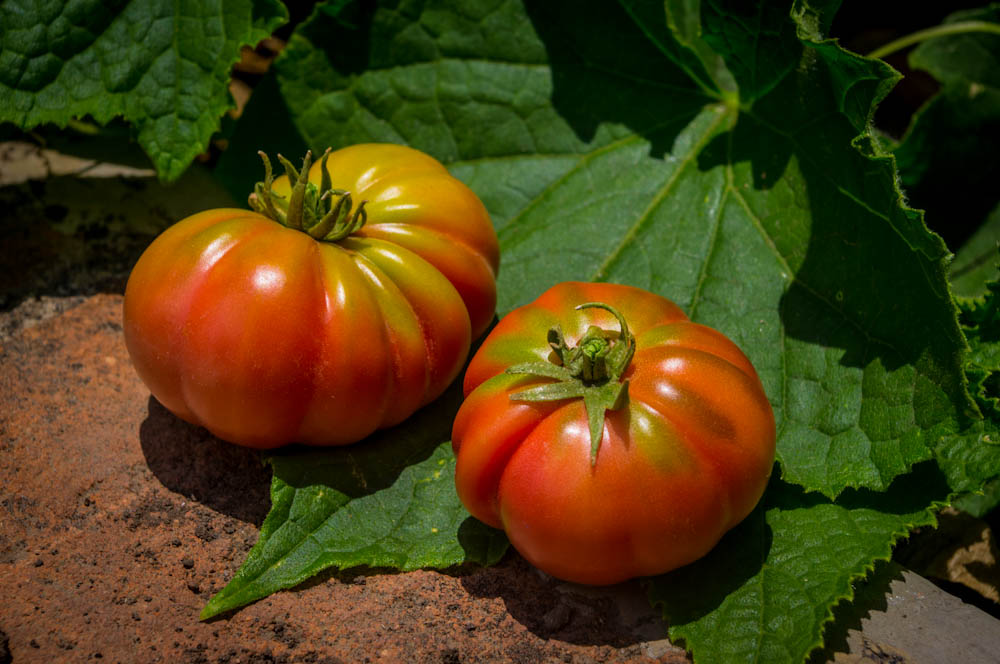 Two Oaxaca heirloom tomatoes from a friend’s garden in Santa Maria. She was nice enough to give me some green garlic and rosemary that will go very nicely with the lamb from the market and some cherry tomatoes for my lunch salads this week. I’m rich! 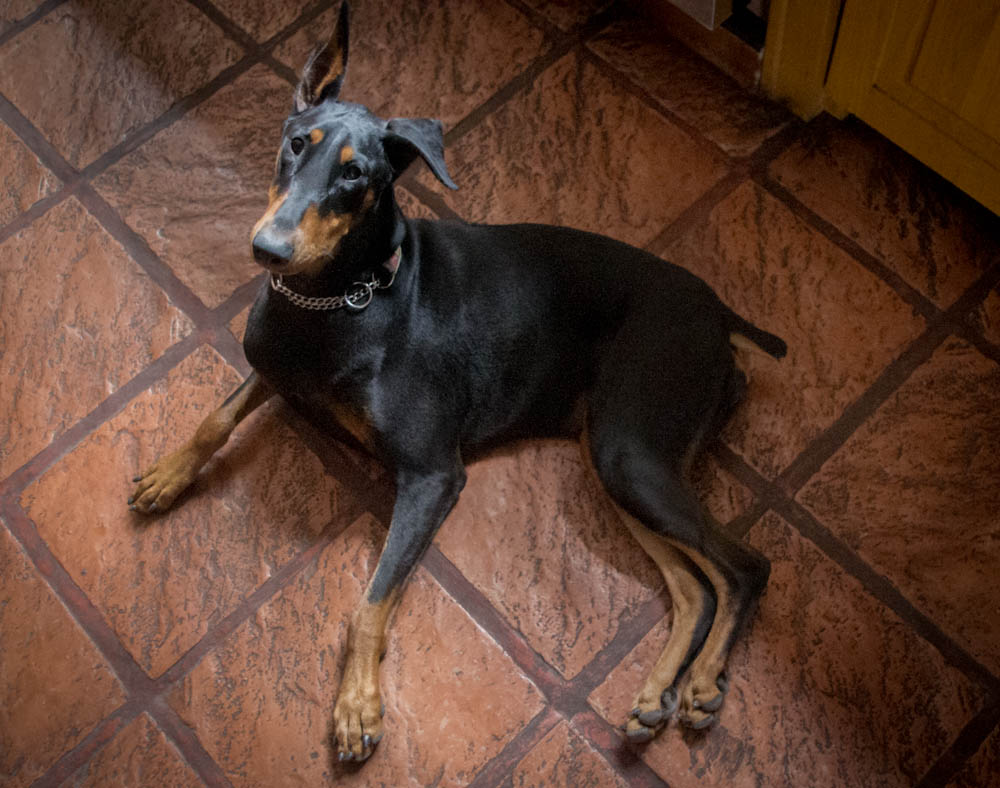 Morgen – She lets my friend live in her house. She tolerates me visiting once in a while. She was not happy that we took a walk and bought food without her. But she forgave me…

So, it was not a story of fancy places and people with a lot of silly ideas. Just everyday people living their lives, their way. I can’t argue with that – can you?