That’s what I was told recently,”…Miguel, you’re more Mexican than beans!” The comment made me laugh, but in fact it is as true as anything that could be said about my life here now. I feel more at home here than I do any place I have ever been. 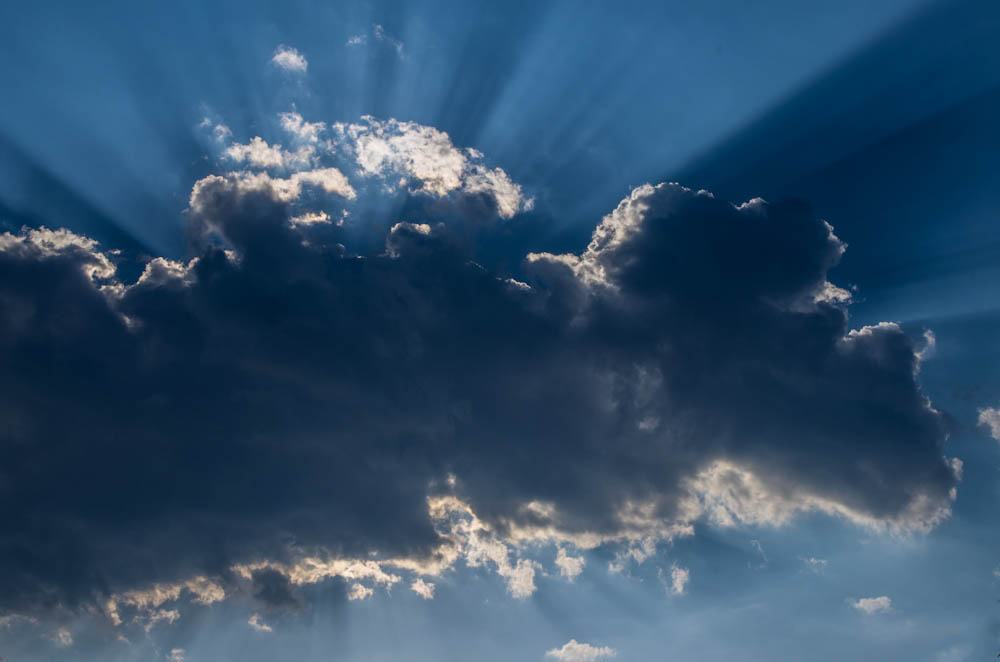 My view of the “transit of Venus.” It is the rainy season here so it is to be expected. Still, it is a nice shot of the clouds from the middle of the street in front of my apartment in Morelia.

For the past couple of weeks I’ve had some digestion problems. I’ve been able to control the symptoms, but not the cause. Despite applications of Lomotil and considerable amounts of fluids, the problem stayed with me, coming back at the smallest excuse. Pharmacies in México, like some chains in the US, have doctors with office hours in the pharmacy. There is no appointment necessary and they will consult on anything short of a life-threatening emergency. Some charge a small, flat fee and some are free, but all of them can examine you, offer advice and prescriptions direct from the pharmacy. I have a Farmacia Ahorra just down the street from my apartment so I decided to try the service and see what they might suggest.

The doctor that treated me was a young woman. Her examination room was small, but included a private rest room, examination table, scale, examination tools, her desk and a couple of chairs for patients. She had a computer to keep records of intakes and consult for medications, dosages, etc. With the addition of the medications and facilities of the pharmacy, it was as complete as any standard doctor’s clinic. After taking down my details, I told her my problem and she gave me a routine physical. She noted swelling in my abdomen that I hadn’t realized was related and pronounced that I had a bacterial infection in my upper GI tract. She wrote out a prescription which she placed in a slot for the pharmacy staff. She closed by saying the problem was common right now in Morelia, I should be sure to take the complete course of medication to insure things didn’t get worse and take plenty of fluids. No charge (for the consultation), no appointment needed, and an efficient, informative diagnosis.

Was there a language barrier? Not really – of course I’ve been in México for several years (the source of the pronouncement that titles this entry) – but medical terms are difficult in any language. Would I do it again? Yes! To be honest, because of all the barriers to entry put up by the US medical system, I’ve mostly stayed away from doctors. Of course, my health has been relatively good so I’ve really only had a few serious problems in my life but still, I’m just not one to go to a doctor at the first sign of a problem. Knowing that I can and I can easily access the system for relatively simple problems makes a big difference.

One of the most loved brands of México, especially for the kids. An afternoon in Cueramaro.  Wait a minute! What do you mean I can’t have milk products while I am on the medication? That includes ice cream? When will the nightmare be over? 😉

This week I’ll be crossing another threshold. I love jazz and while outsiders might think we don’t have much opportunity here, there is an active scene with several sub-genres. Here in Morelia, we have the JC Cortes Blues Band, a nationally known group with a release on iTunes. They play the “Rockabilly” side of blues that kicked off a number of great rock ‘n roll bands. It is a free concert for the new album and in Theatro Ocampo in Centro. So, to support a local artist and take avantage of his concert – why not? I’ll be there tomorrow and maybe – there will be more photos…  We have so many things here that people outside of México don’t realize. You see – México is a lot more than beans and rice!  Or at least you will if you come back soon, because I have a lot more to show you….