To a real beer lover, the appearance of a diverse and vibrant market for local and international beers in México is nice to see. For a long time, México has been dominated by a handful of big companies, distributing a few crisp but mostly bland lagers. But, in the past five years or so there has been a slow but steady shift – not driven by the dominate cervesarias – toward a number of niche and craft beers. And it is the young adults of México who are leading this change. 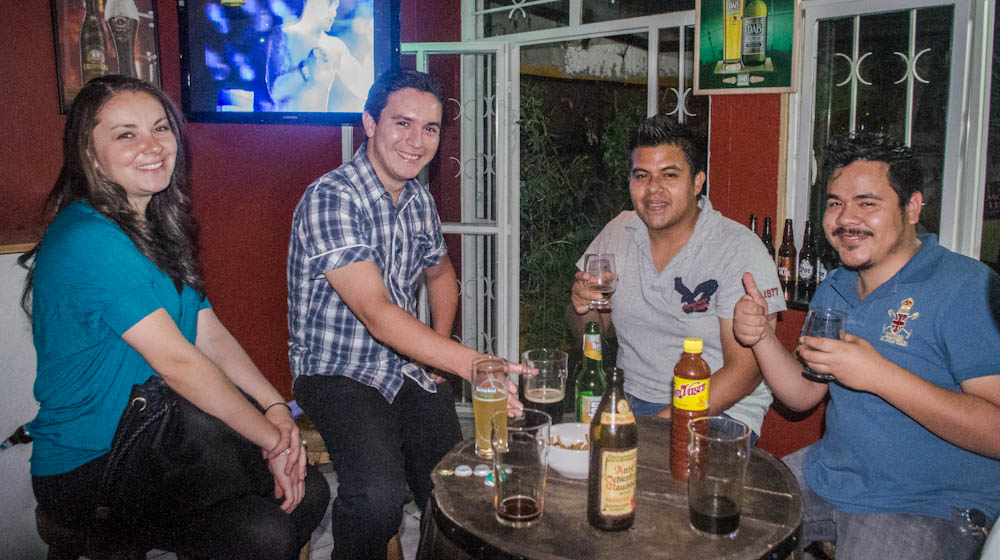 Friends from my work, enjoying an evening at the BeerBox. That is the Rauchbier on the table…

In the “old days” of just a decade ago, you could only rarely find anything more than the national brands and a few internationals in México City or large hotel bars. In cities like Morelia, we didn’t have much choice at all. There were discos, a few expensive hotel bars, some dives where it was unpleasant and depressing but almost nothing serving a nice selection of interesting beers in the atmosphere of a pleasant pub.

Morelia is a college town, with no less than ten major universities. It has a diverse population and a growing number of young, college-educated professionals. They embrace the Internet, social media (especially Facebook), and smart phones. They are aware of global issues and becoming a force in national movements. When you let yourself become part of it, you can see the vibrant, cultural and social movement that has always been a source of pride for Mexicans, but is rarely noticed by outsiders. 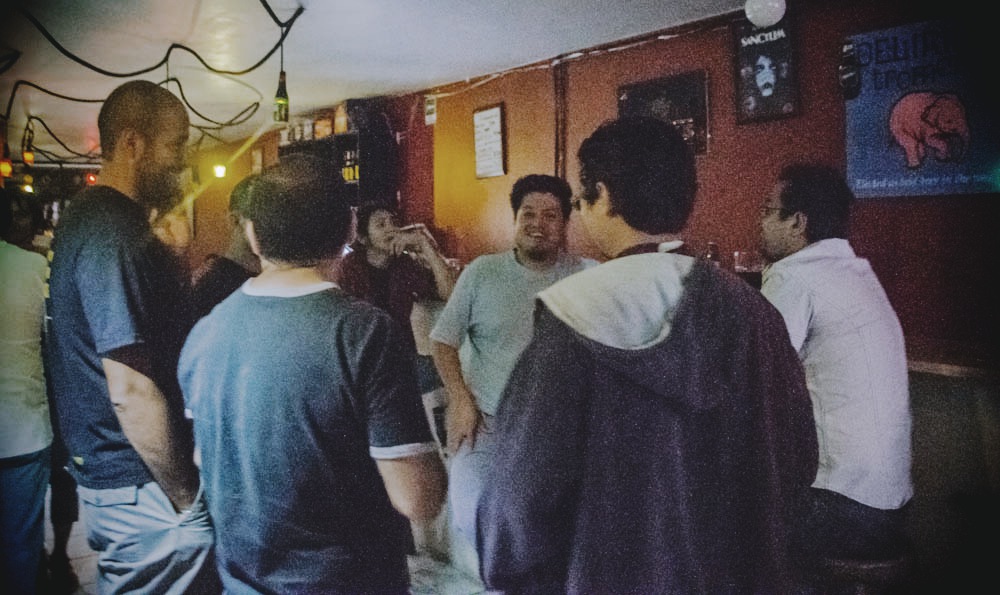 An evening in the BeerBox – it’s a hip, laid-back sort of place, so this photo is in the modern hip style we see so much from our friends on Facebook here in México.

So, it should be no surprise that in a city of more than one million people, there are some very interesting beer bars. There are three I have been to and enjoy but there are probably more than simply haven’t come to my attention yet. The BeerBox is a small group of beer bars, with its local presence here on Solidaridad in Chapultepec. It is a small place, but they have a wide selection of international and emerging Mexican artisan beers. I even found a Rauchbier from Germany that has a unique smoky character and I haven’t had in years. My friends from work who were there with me quickly named it a “hamburger beer” and I can’t disagree. It has a full rich mouth feel, backed by deep smokyness. It is like a full barbecue meal in a bottle. My friends, who had not been to a bar with selection like the BeerBox were impressed, but perhaps a bit daunted by all the choices and the richness of the beers offered. I’m sure they will be back though. Not too far away is another similar bar, the Beer Bank, with a little less selection, but in a nice area off Garcia de Leon that has a wide choice of nearby restaurants. 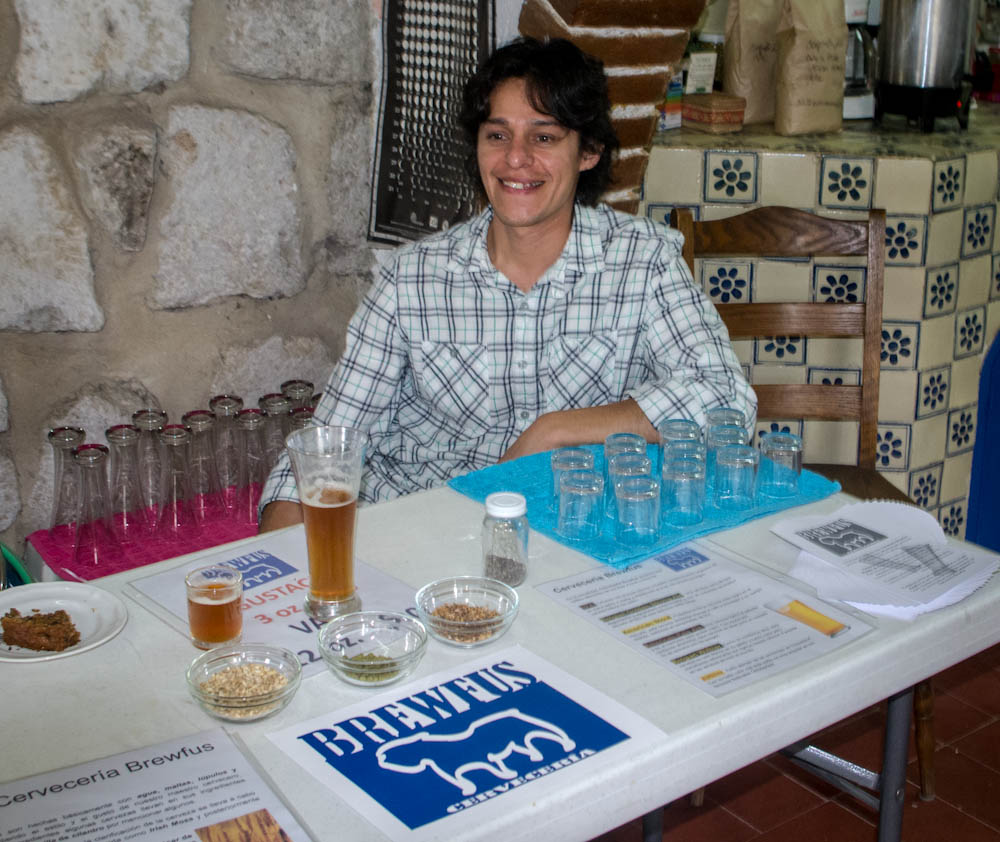 Allen of Brewfus, at the organic and natural market in Santa Maria a week ago. His beer is, not surprisingly, named after a dog he loved, Rufus. He makes several different beers, but as a craft brewer, he has available what he has time to make. He is showing his IPA.

Thanks to my visit to our twice monthly organic and natural market in Santa Maria (more about that soon), I met Allen of Brewfus, a local artisan brewer and cellist at the Conservatorio. He had an excellent IPA to try at the market, which I had with a vegetarian burger, and he mentioned that he and some other craft brewers in Morelia sell their beers at Cafe Amati in Centro.  So… since I was going to meet some friends at the Plaza de Las Rosas in front of the Conservatorio, I took his suggestion and tried it that night. 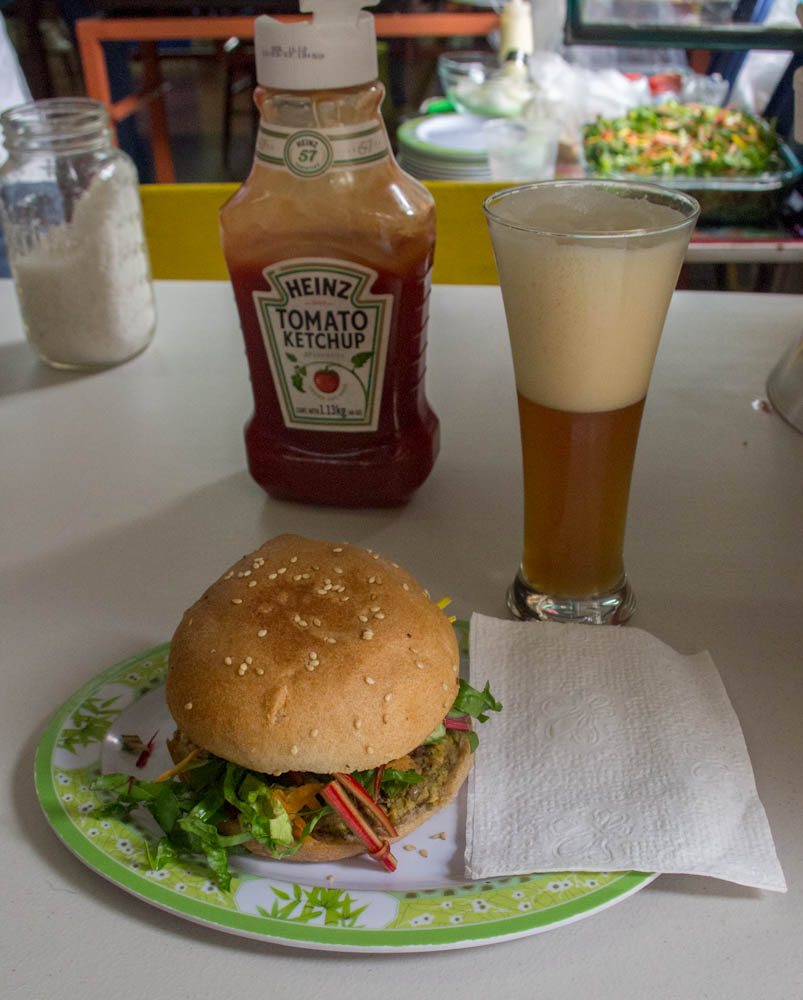 My lunch at the organic market – a lentil burger with everything (!) and a Brewfus IPA. No Heinz Ketchup is not organic but still – it just doesn’t get much better than this….

Cafe Amati is near the Theatro Ocampo in Centro. The atmosphere is relaxed – it is a nice place to go for a light meal or to just hang out with friends for conversation and a few beers. They have four craft brewers providing their list right now with a wide range of styles. But, if you go, you have to understand that as part-time craft brewers, they don’t produce everything they offer in reliable qualities. You can look at the list, but you still need to ask what they have on hand at the moment. It isn’t really a problem – there are enough choices on hand all the time to suit any taste. The food is simple, good and well-priced. I really enjoyed it and went back recently when I was going to a concert at the Theatro. Once again, I was pleased with my porter and sandwich. I think I have found a place I will return to often when I am in Centro and just want to relax. 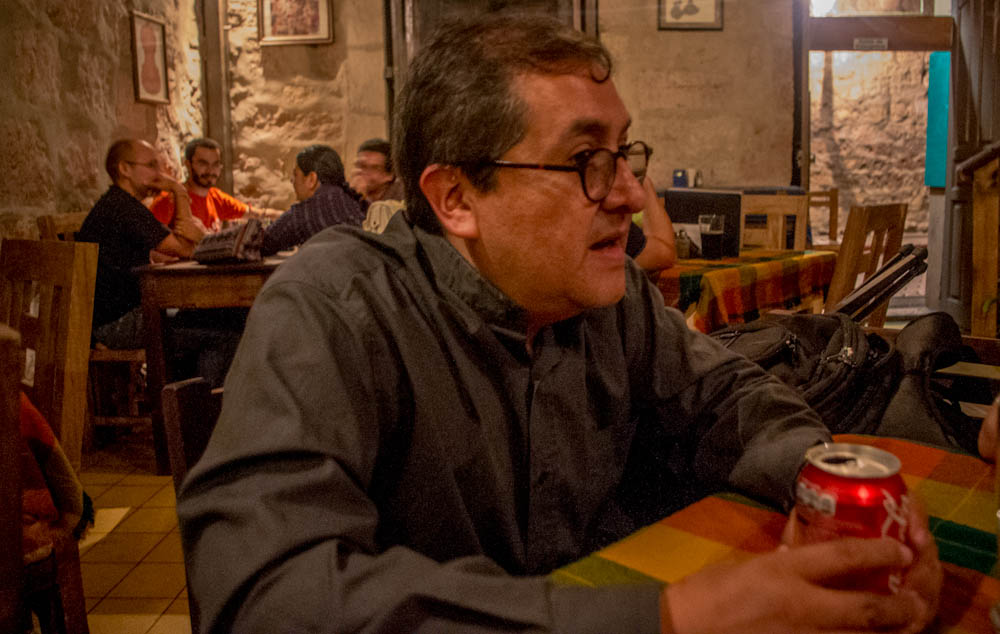 Morelia’s saxofonista and noted jazz artist, Juan Alzate, joined us for a little refreshment at Cafe Amati after his gig at a nearby restaurant.  He is having a Coke, but we had some interesting local brews.  From this picture, I think you can get a sense of the atmosphere at Amati – it is warm, relaxed – just a pleasant place to meet friends or have a light meal. 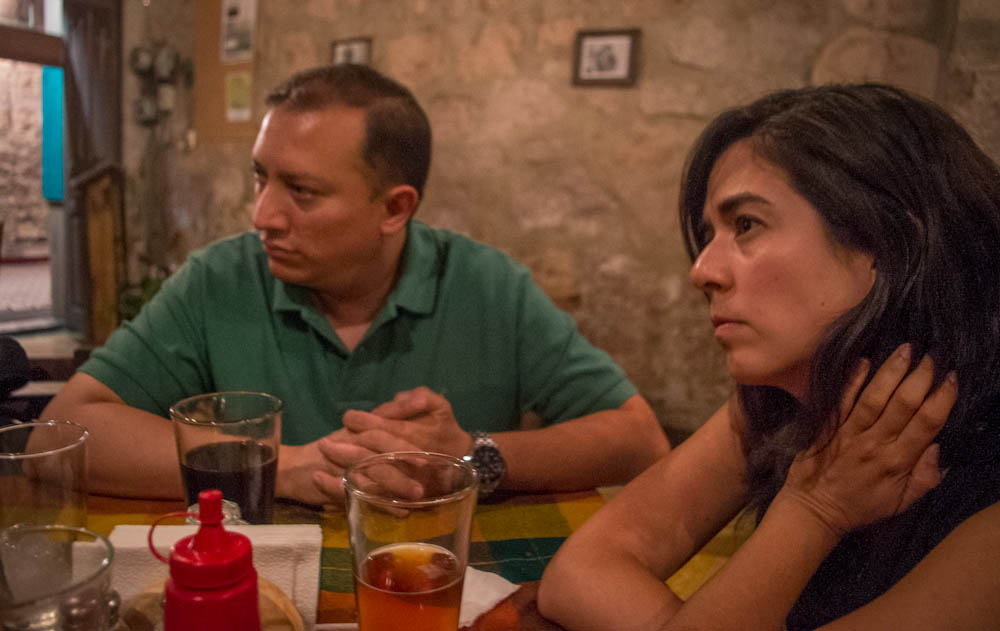 My dear friends, Manolo and Melina, in Amati talking with Juan while enjoying a local stout and IPA. We really had a great evening.

So, there it is – an inside look at the emerging real beer community here in Morelia. We’re not unusual here I know, but we’re really very lucky… Of course, for those not used to the fuller, stronger beers favored in the craft community, it can be a bit surprising. I’ll leave you with this little cartoon from a moment with my friends – all in good humor of course. 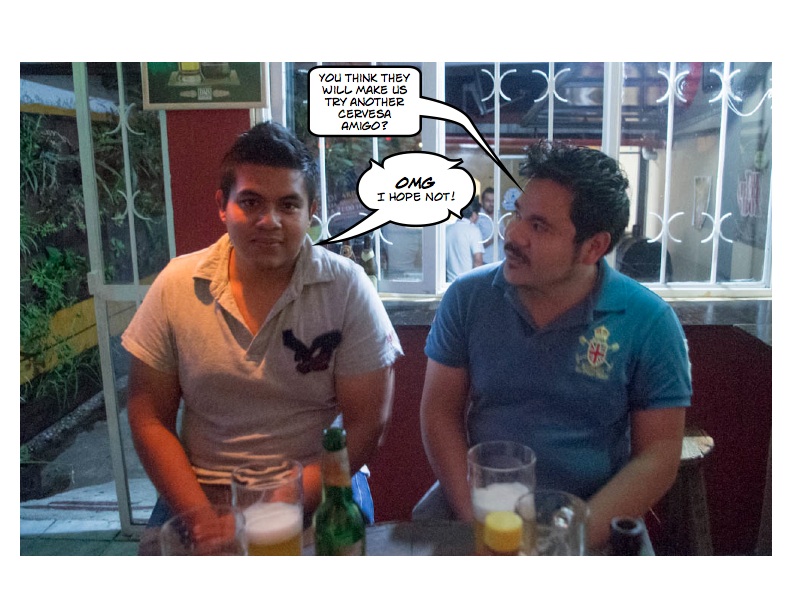