What happened to July? Hmmmm – I got older – ugh.  It went by so fast, but I can’t complain. I had a good month, good times really.  I went to a couple of my favorite restaurants, a beer festival and several evenings of fine jazz (but more about that in the next post). 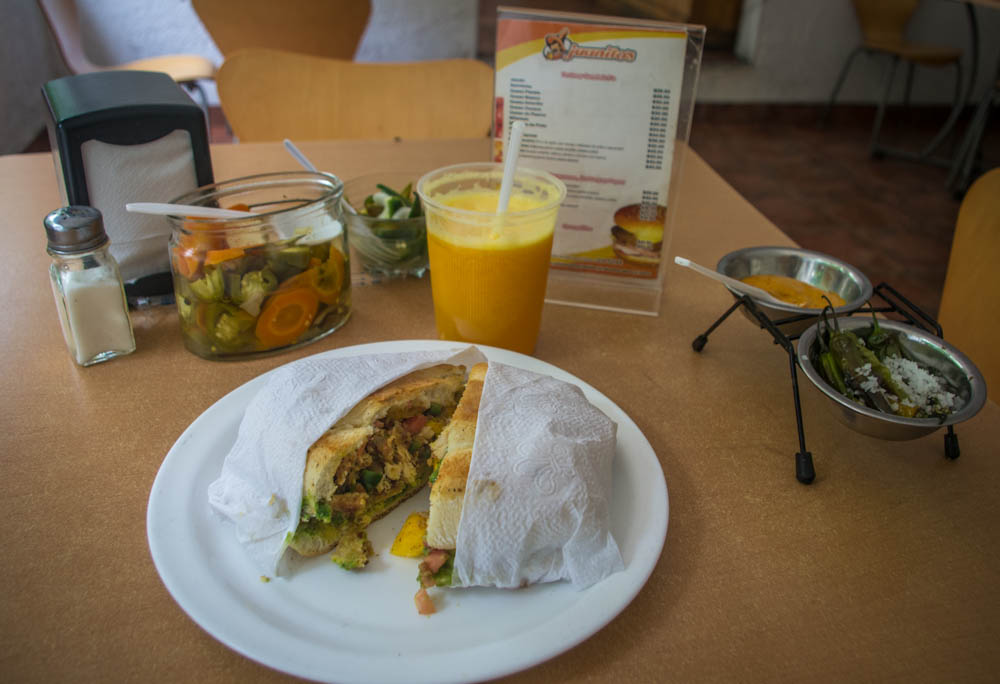 A torta Moreliana, a fresh-squeezed orange juice and all the trimmings at Juanitos Tortas on Garcia de Leon – Always special!

I have always enjoyed Juanitos. It is a fixture on Garcia de Leon – just mention the name and everyone knows where you mean. I treated myself to a torta as a part of my personal celebration. So good. 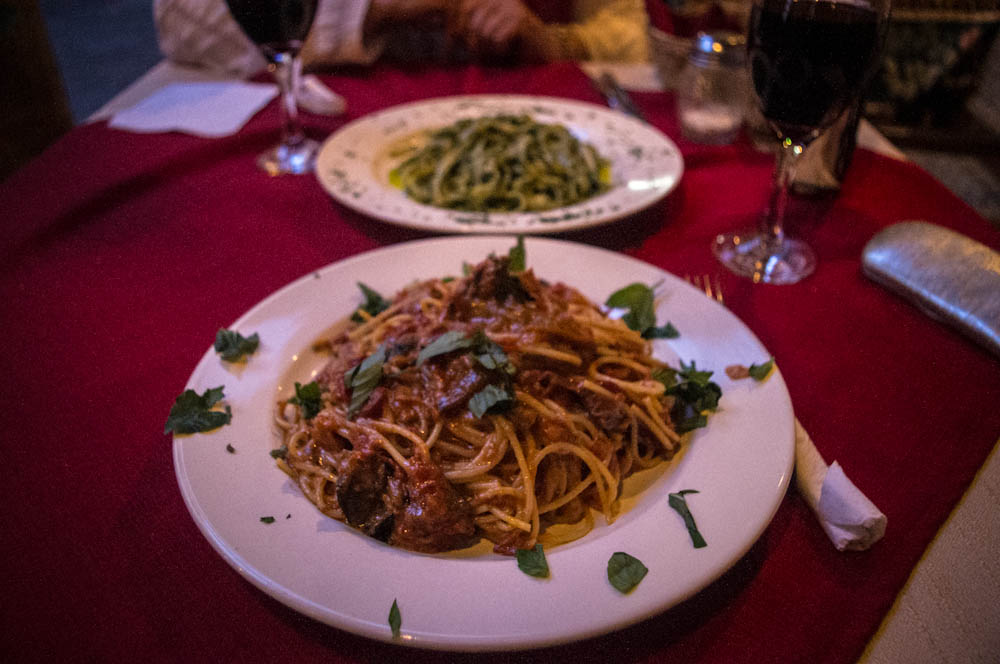 My birthday dinner at Cafe Pulcinella in Centro – Morelia. It was as good as it looks. Italian cuisine in México? Sure – you don’t think we only eat tacos, beans and rice – right?

I’m sorry to say I didn’t stop to take pictures of the entire meal. What did I have? In addition to the pasta you see – a huge green salad, fresh baked bread from their oven, and desert. No – I didn’t need to eat the next day. Pulcinella is an excellent restaurant – one of Morelia’s finest. I will go again.

And, I enjoyed myself at Morelia’s second annual international festival of beer. For as long as anyone can remember, México has been dominated by Grupo Modelo – one of the world’s largest brewers – majority owned by a Mexican family. Modelo makes virtually all the beers México is known for – variations on the lager theme that have quenched our thirst for decades. A couple of months ago, the family sold their majority interest and Modelo ceased to be a Mexican national beer. They are now owned by InBev, the same international group that owns Budweiser.

For many young Mexicans, this is a change that has been coming for a long time. They have traveled, tasted microbrews and specialty beers all over the world. Mexicans love beer – but in truth the national beers had little character. In just the last few years, Mexican microbrews have begun to appear, brewed by young, inventive brewers who are very serious about their craft and exploiting the opportunity left open by the national beers.

There are now bars dedicated to offering a wide range of local, national and international beers. We have distributors, like The Beer Company here in Morelia, focused on the sale aned distribution of over 100 beers. We have several local microbrews, experimenting with a wide range of styles and looking for customers. Our beer festival is still young, but it is well attended by both exhibiting brewers and interested beer drinkers.

On my way over to the festival – I stopped and bought a personal present. A bottle of my favorite mezcal – Don Mateo. Believe me – it is nothing like the oily, odd-tasting stuff you may have tried in years past. But, you have to come here to taste it, at least for now. 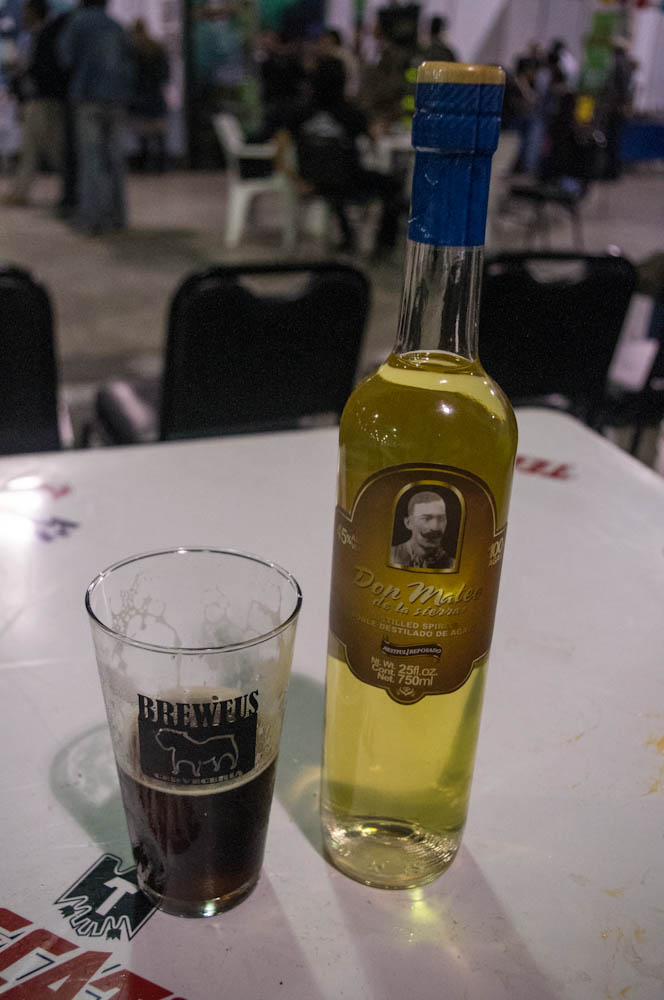 Birthday presents to me – a glass of Brewfus brown ale at the beer festival and a bottle of Don Mateo Mezcal. No, not to be taken together.

I took several pictures at the festival – you can see them here in a slide show – enjoy!  I certainly did…