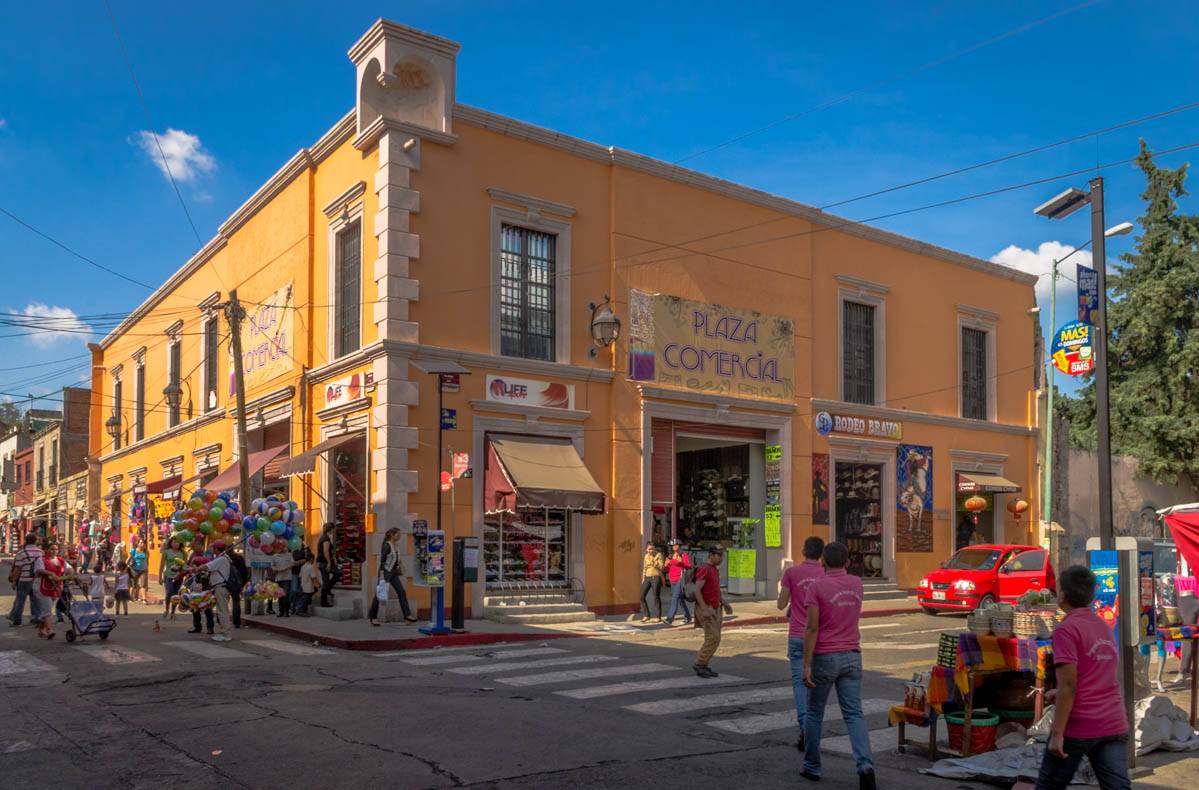 This is one of many fine examples of the problems the government runs into trying to provide commercial spaces for small business. This was taken on one of the busiest shopping days of the year – the weekend before school starts. All around this building are streets filled shoulder-to-shoulder with shoppers going to small, individual shops with street access. Inside, it is nearly empty of both vendors and shoppers. The few spaces that are occupied are strategically located near the windows and doors.

Just like city governments everywhere, the government struggles with a combination of cross-purposes. When they want to encourage growth, they open commercial plazas in blighted areas, saying they will attract more growth and help small business. The many abandoned commercial developments in marginal areas attest to the fact that once an area has been accepted as blighted, government programs won’t change people’s opinions. The population of the area has to decide to strike against its image.

Of course, this is not the case in this picture. The area where the commercial plaza is located is a thriving market district. Everyone shops there because there are lots of shops, selling lots of things from small spaces, fronting on the street. The friendships and relationships involved go back decades and generations. And that is what keeps the vendors away from the new commercial plaza. There is no history, little street presence and the specter of the government “overseeing” what happens in the plaza. That is a lot of negatives for the vendors who are already established and have customers. They ask, “what does moving in there guarantee me? Higher costs. The rest is our skill and luck.”

For the government’s part, it wants to see a more livable area with less congestion, more apartments and homes of stable owners and renters. Centro is home to many universities and businesses and if there is no place nearby to live for the people who work and use those institutions, they must either commute from other areas or go to other cities. And this isn’t to say that Morelia doesn’t have modern shopping malls, strip centers, and suburban developments – it certainly does. But it also has a vibrant central city that is full of shops, professionals and tradesmen.

So, all I can say is don’t wish yourself into the hollowed out cities that are abundant in other places, Morelia. It is a much worse problem than we have now.