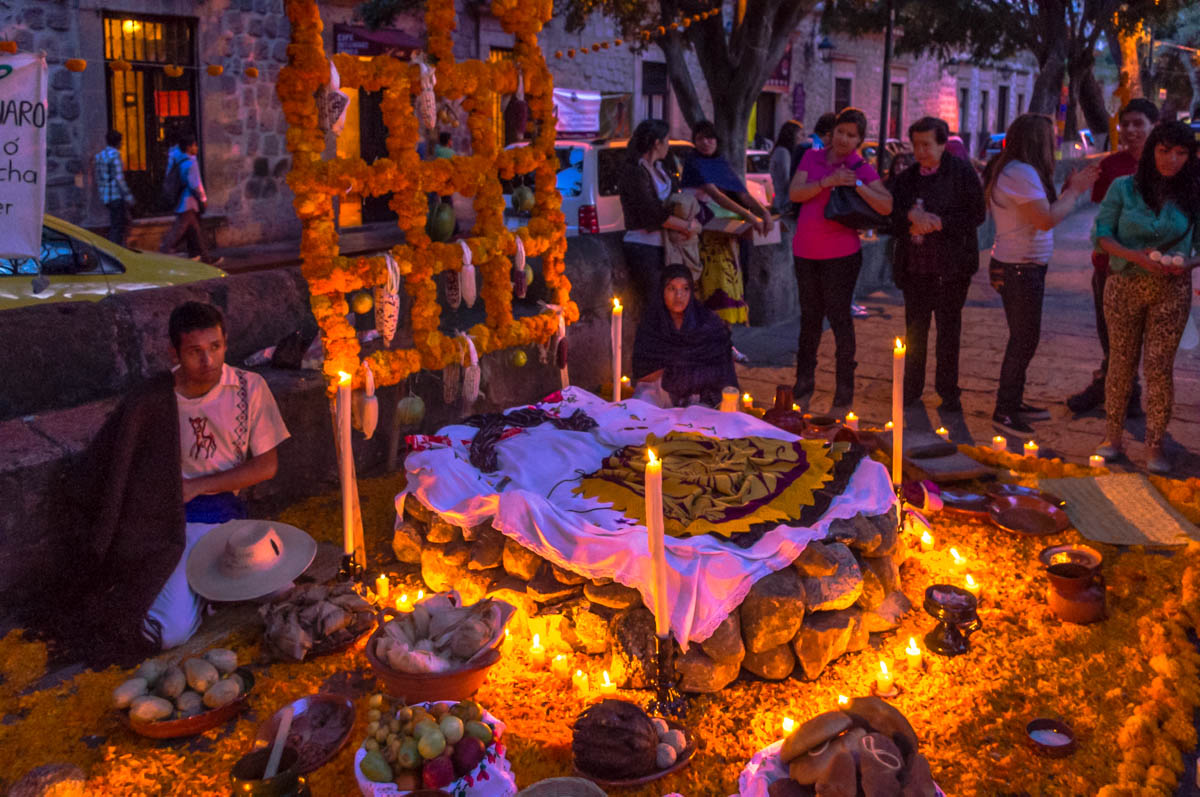 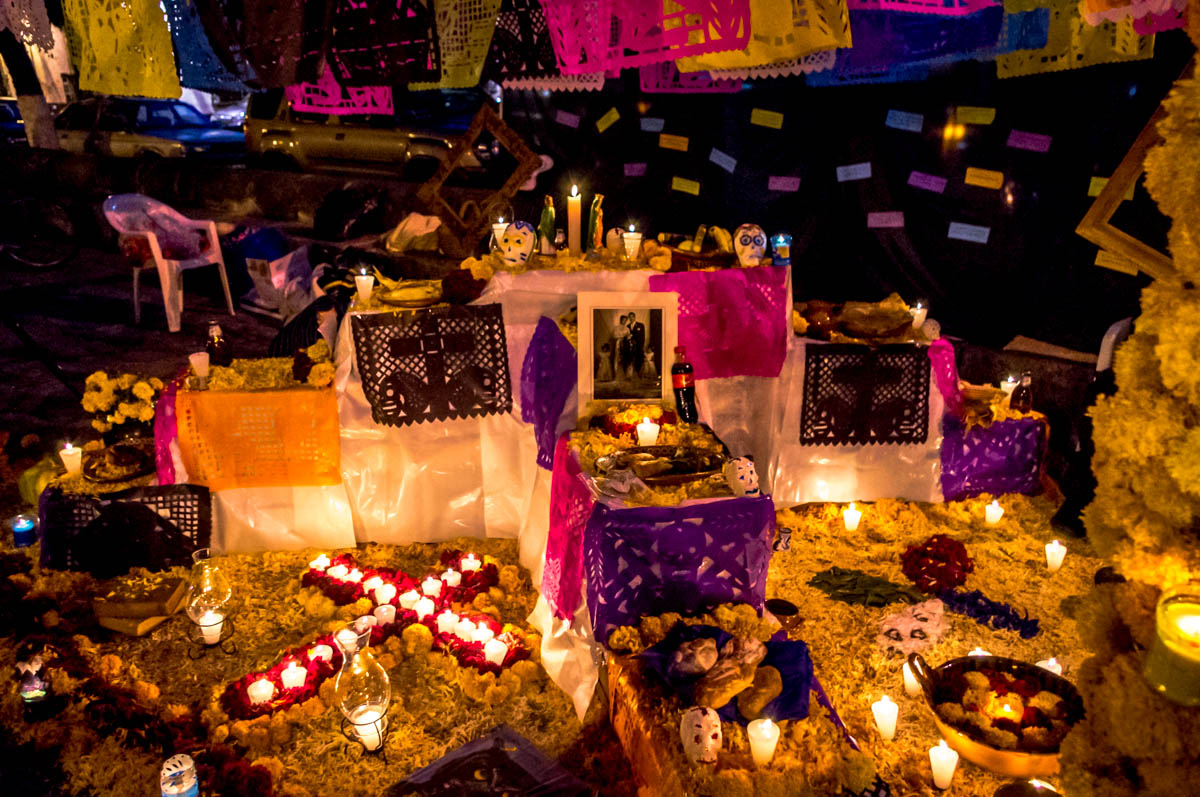 This year the city decided to hold a competition for the altars of the Noche de las Muertos. I don’t know how participants were chosen, but for the most part I didn’t feel as moved as I have in the past. To me it seemed to produce too many that were simply there for display, not connected with tradition. These two seemed to have more authenticity, but I can’t claim to be a knowledgeable judge. It was hard to get good photos in the crowd, which is probably another reason it felt a bit contrived. Or it could also be that I was a bit put off by the number of people who pushed themselves in front to have their picture taken by someone holding out a cellphone. Yes, it could be.