Down the old cobblestone way – towards Morelia 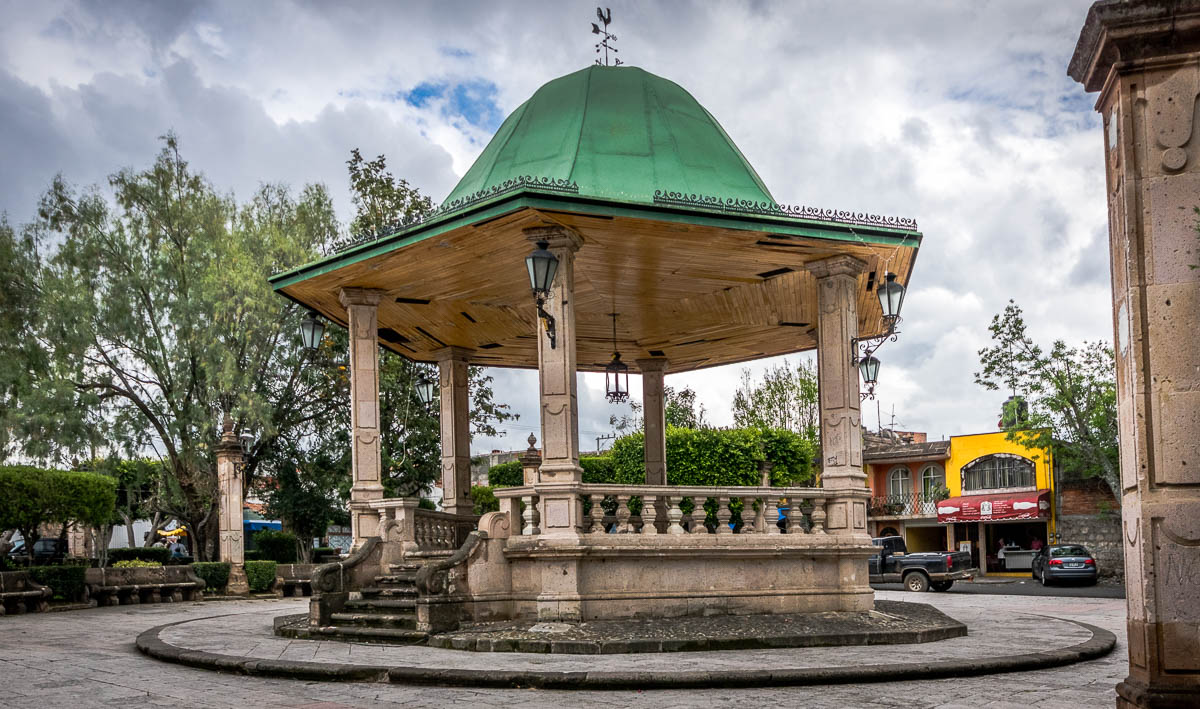 Bandstand in need of attention 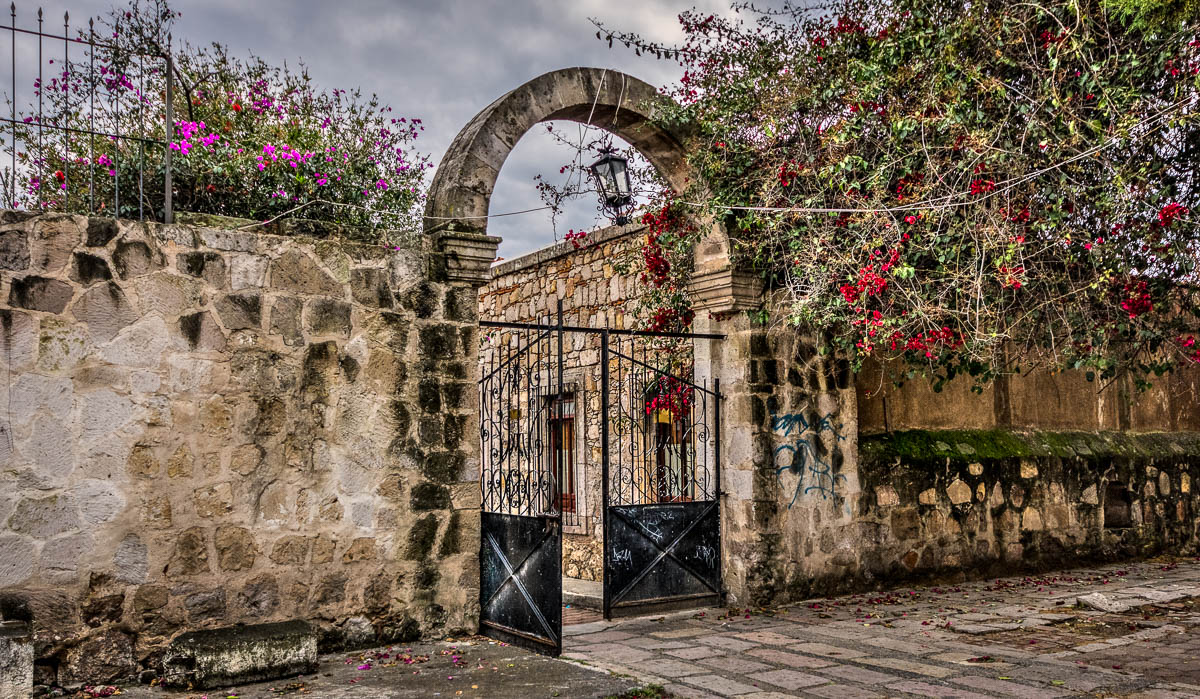 Gateway to the Courtyard 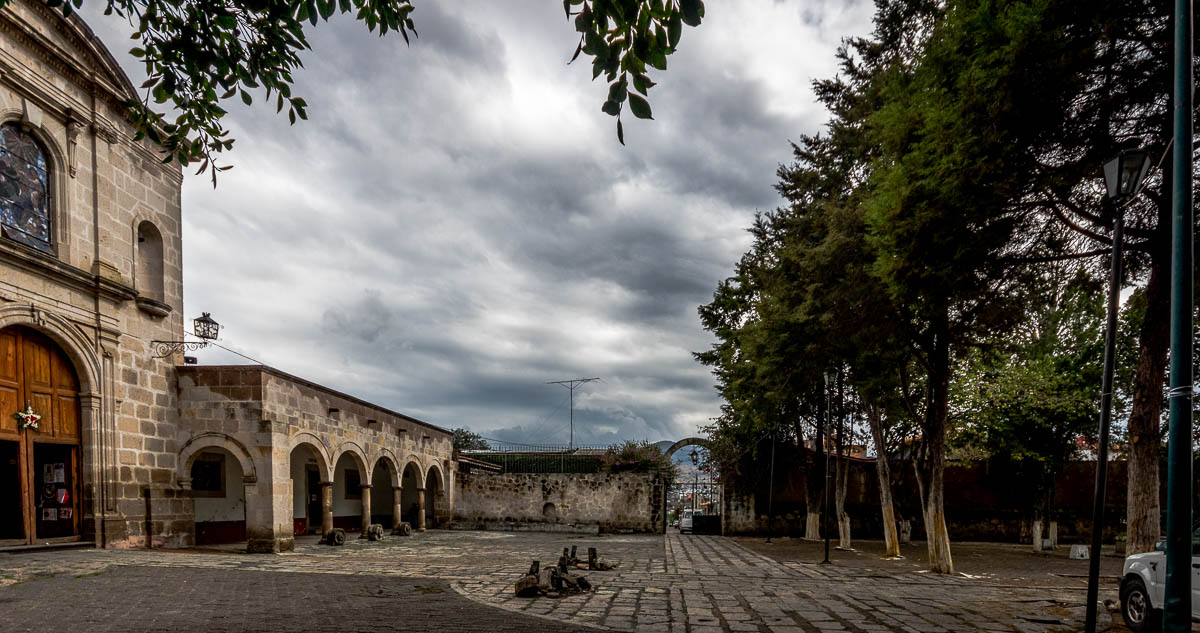 In the old courtyard 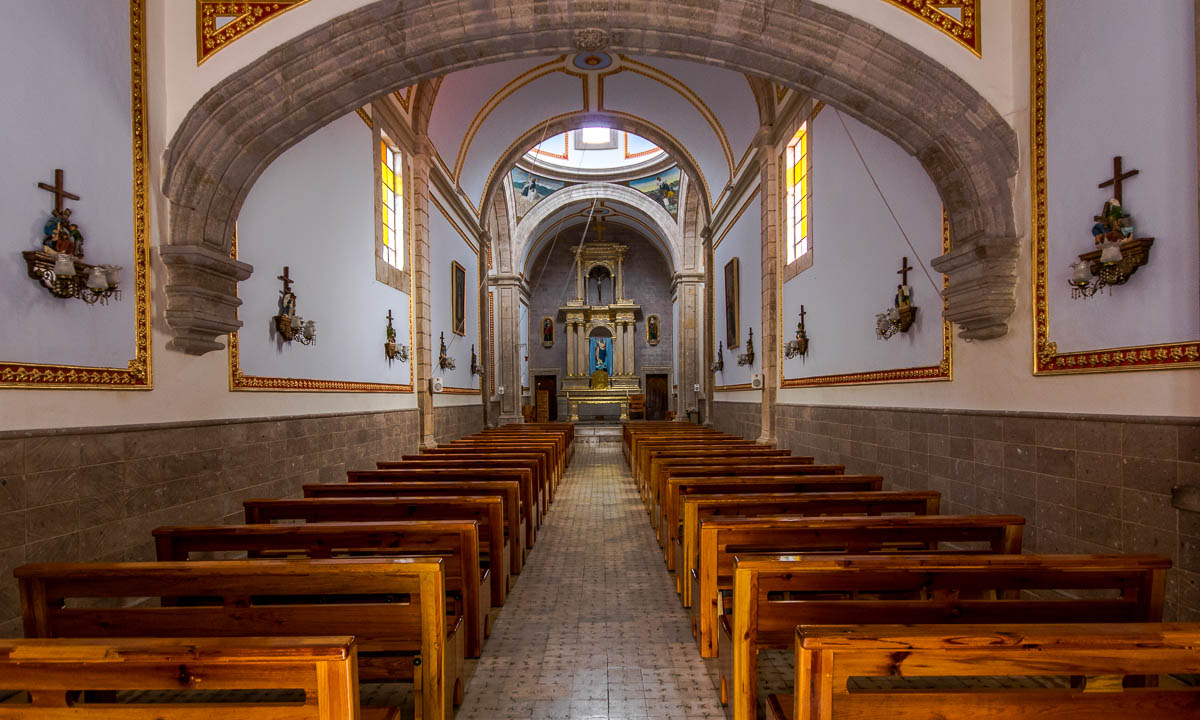 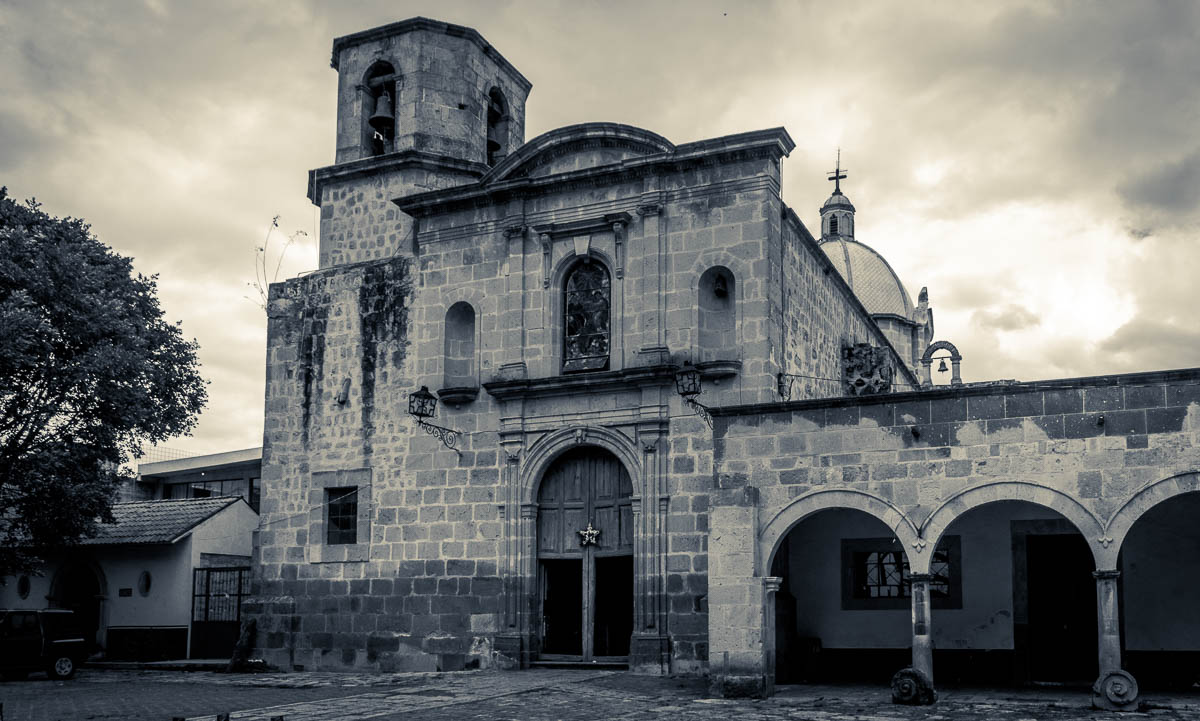 The Old Church in Santa Maria

Santa Maria is a pueblo on the south side of Morelia which is in truth, older than the city below it. At the time of the conquest and the settlement of the Guayangareo Valley that Morelia fills today, the valley was quite swampy in the rainy season and not entirely pleasant to live in. Gradually, the Spanish (and the native people I’m sure) managed to drain enough of the valley to make a high area in the middle of the valley reachable the entire year, but until then, Santa Maria was the favored place to live in the area. And of course, in the military minds of the conquistadors, it was much more defensible should the native population prove less than friendly.

My photo walks are not planned really. I just pick a direction and go, stopping when I’ve done enough for the day. I may have a general aim in mind, but for the most part I just let my eyes and inclination take me where they will. I had a few problems with the new camera, I didn’t understand what I was seeing when setting the ISO, so the first half of the walk up the hill to Santa Maria was a lost. Well, not a total loss. If you learn something with a new camera it is always valuable, especially when you are not on a job.

This group of photos is a mix of techniques – I’ll let you guess what I used for each image. I’m at the point where I just decide what is best for an image and go with it. These were all shot with the super wide lens – there are a few more to come soon and I will go back to Santa Maria.