An Extra – Because I can. 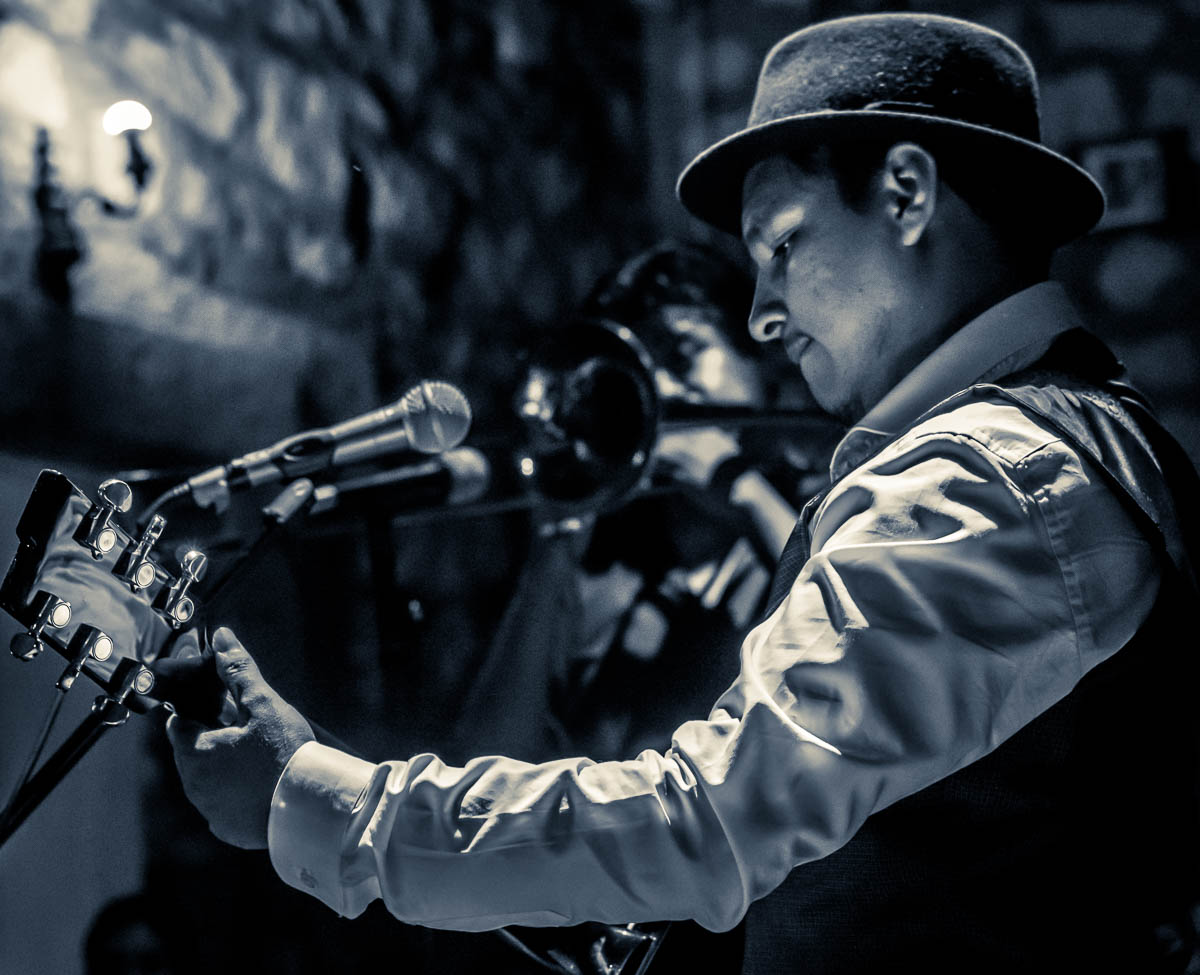 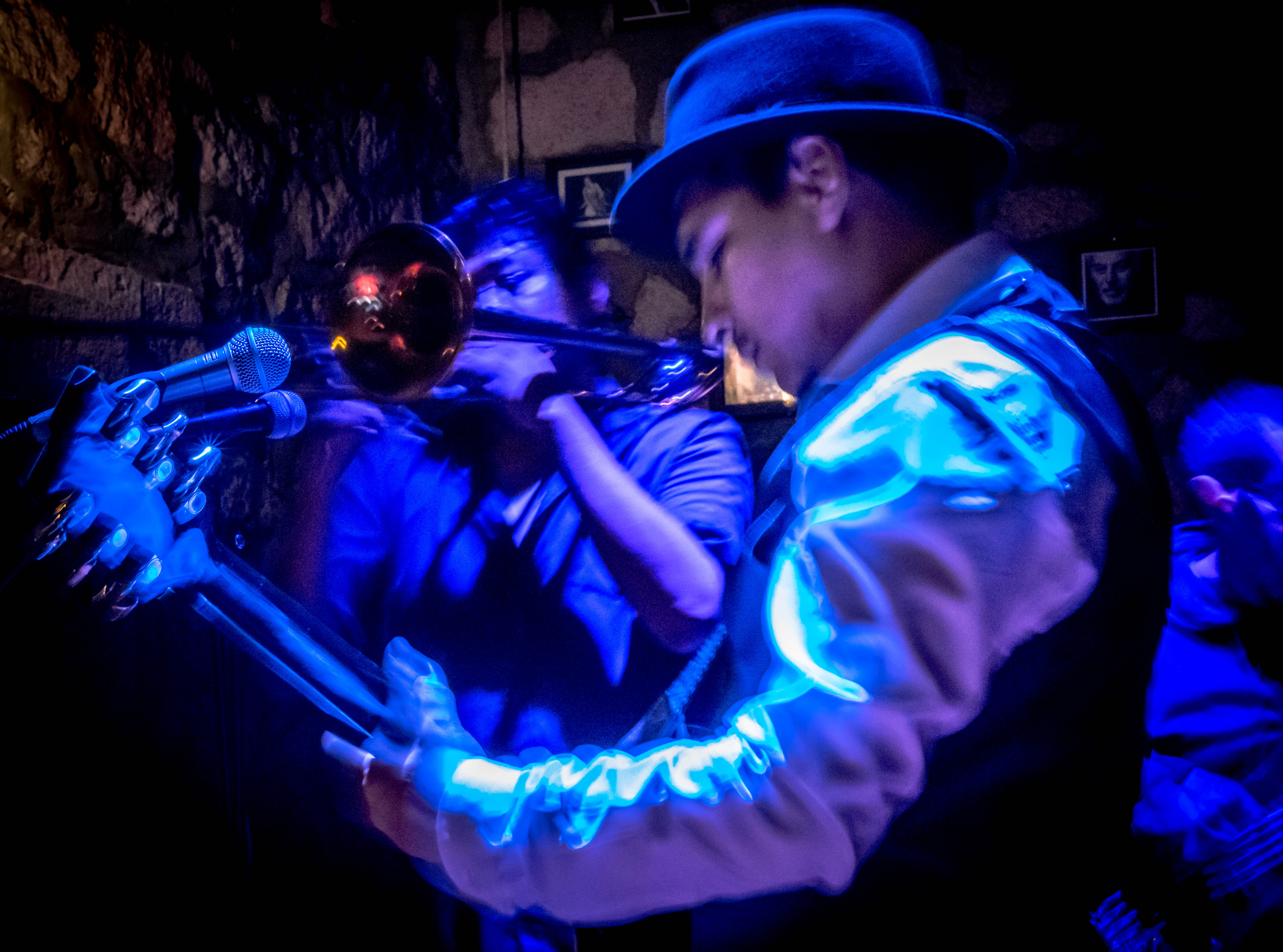 Call this a little extra. It is not part of my attempt to put out something new everyday, which I fail at regularly. It is a little about my recent push into an a style I have always loved, but not touched for years. I call them “blur paintings” but you can call them anything you like. They are photos taken at an intentionally slow shutter speed to capture a longer moment in time and an abstract style. There is a fair amount of technique involved – getting the “right moment” is a not as random as it may seem. I have taken photos of dancers I liked quite a bit at ranges of 1/5 up to a full second. The sweeps of motion lend themselves to longer exposures. But musicians don’t always give you that kind of motion to play with. In scenes with musicians, the motion tends to be smaller, tighter so generally shorter shutter speeds offer some of the best results.

These two photos were taken from exactly the same position, with the same lens. If you follow this blog regularly, you have seen “Blues Light” before. For these I am using a 50mm Pentax lens and I have the camera mounted on a very solid tripod. I framed the shot and started shooting a series of images with different settings. The post-processing is different for each of course. But for reference here are the camera settings:

In post processing, both photos are softened a bit and the contrast, luminance and color are adjusted for the mood I want the photos to carry. Yes. They are softened. It may seem counter intuitive that “Blues Light” was softened because it carries a lot of detail. In fact, the original carries so much detail, it was a bit distracting. In the case of Midnight Blue, I wanted to downplay the grain of using ISO 6400. You are absolutely right if you believe I could have used a slower ISO for that one – but I have a limited amount of time to shoot a series like this. I have to keep the variables to a minimum. I have the camera set for aperture priority so it is faster to change the f-stop than the ISO. Besides, I like the bit of “old style” grain I get from the higher ISO. This an art shot, not a documentary after all.

Personally, I am very happy with both shots. They each have their own place. Blues Light works as a portrait of Juan Carlos Cortez very well. Midnight Blues carries the essence of the moment and the music without being a literal representation. If you look closely, at Midnight Blues, you will see a few “artifacts” of the technique involved. The microphone in front of Juan Carlos is absolutely sharp – it isn’t moving. There is a “specular flash” on one of the tuning pegs caused by it catching the light when it was moved. There are some nice little movement flashes on Irepan’s trombone, just over his shoulder. There is a face in a photo hanging just behind Juan Carlos. Jonathan, playing bass behind Juan Carlos is just an impression. Without painting the scene, I couldn’t capture all these details and in the literal interpretation of Blues Light, they don’t exist or stand out. Thus my name for this style – blur painting.

I must say I am humbled by the support and collaboration I receive from the artists, the musicians, I work with. Without their participation in my work over the past couple of years, none of my jazz photos would be possible.

I have another large set that I will start work on now – more to publish. As someone said, I am nothing if not productive.