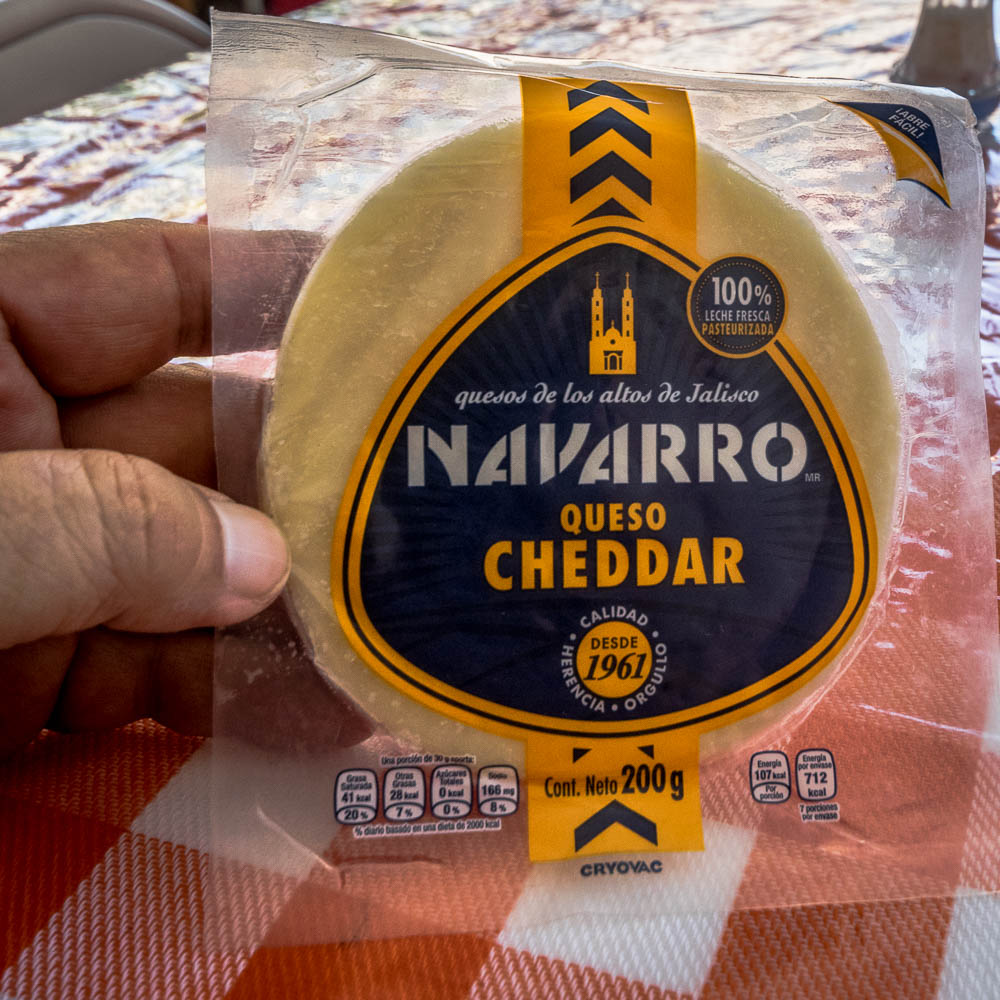 Nobody makes cheddar cheese in Mexico? 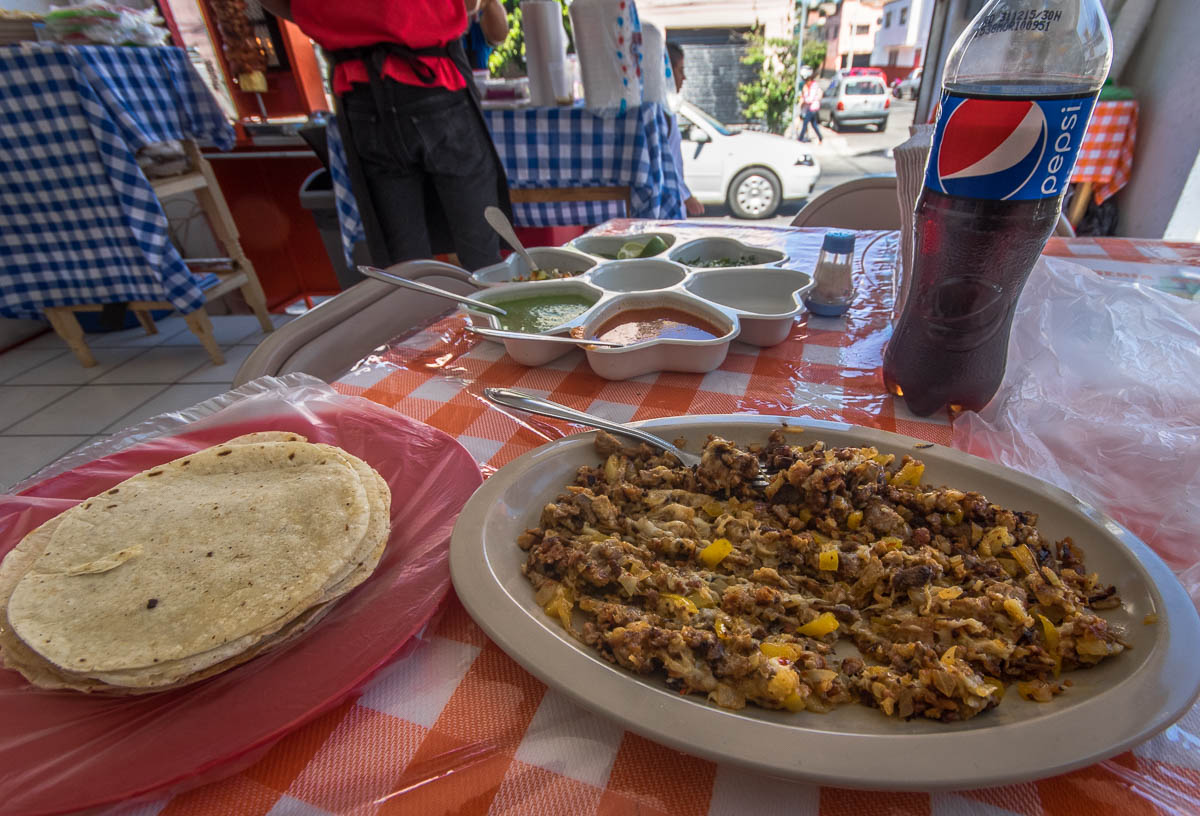 Just a couple of pictures today, or at least for now. I have more to post, but these are from a moment I took to eat when I was hunting a different apartment near Bucareli – a street of many shops, restaurants and businesses that goes east from Madero all the way to Periferico, the beltway around Morelia. My apartment is getting too expensive and has always been a bit isolated for my taste, being in Las Americas. In theory they don’t allow any businesses in the Las Americas district, only homes. It is gradually changing, but it is going to take a long time and it will never resemble the busy and a bit chaotic mixed use district I find so interesting on Bucareli.

But, let’s stick to the subject at hand – specifically the piece of Navarro cheddar I found in a cheese shop a block off the main street. The general (tourist) theory is Mexico doesn’t make any cheeses with the cheddaring process – or at least not too much. Of course, like any generalization, it is untrue, just as it is untrue that Mexico only makes a range of fairly bland and often crumbly cheeses. In fact there are many different types of regional cheeses – some melt well for quesadillas and some crumble well for a topping on a tostada it is true – but it is also true that some fit quite well on a cheese tray too.

This particular cheddar is mild and nice for melting, but a bit rubbery for the cheese tray, indicating it has low butterfat from overworking or overheating in the process. At 35 pesos it is a deal, even if the plastic supermarket style wrapping is a bit off-putting for a “artisanal cheese.” I have never seen it in a supermarket – only in specialty cheese shops like the one where I found this. The supermarket cheddars tend to be imported or made in huge, industrial operations that produce, well…, industrial cheese.

The alambre in the second picture is one of my favorite things to have at a taqueria, if they offer it. The presentation of this plate could be a bit better – the cheese (manchego) was put in at the end and melted into the alambre while it was on the grill. This makes it a bit sticky and so, instead of serving a strange, sticky glob on the plate, the fellow preparing my alambre pushed it down on the plate with a fork. It sort of looked like hash but regardless, it was good. Along with fresh tortillas, range of salsas and a Pepsi – the whole lunch came to 51 pesos. I was stuffed.

Taqueria Montes is new – as I could tell from the hastily arranged setup and the appearance of a new toilet tank and base in a car out front – but their food is honest and good. They are right on the edge of Centro – not technically inside the zone but close enough. I will continue to look in the area so I will be back at some point.