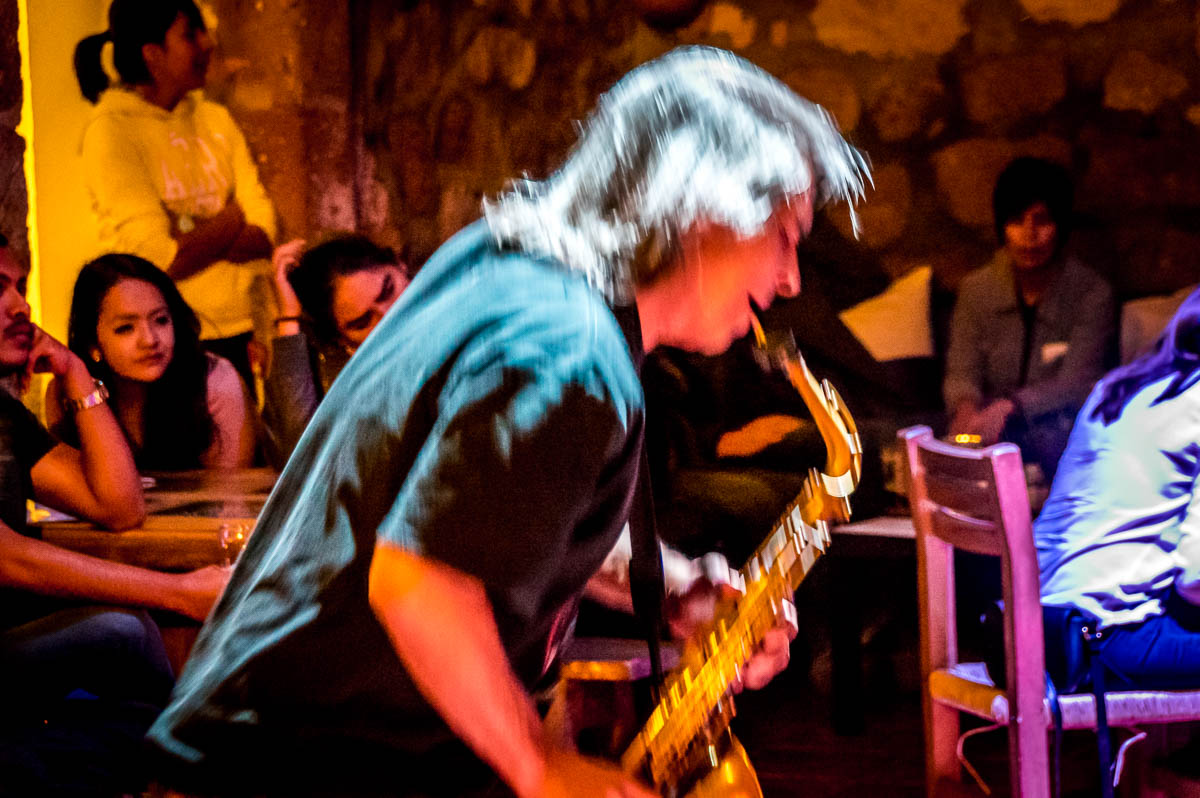 Free Jazz in a Blur 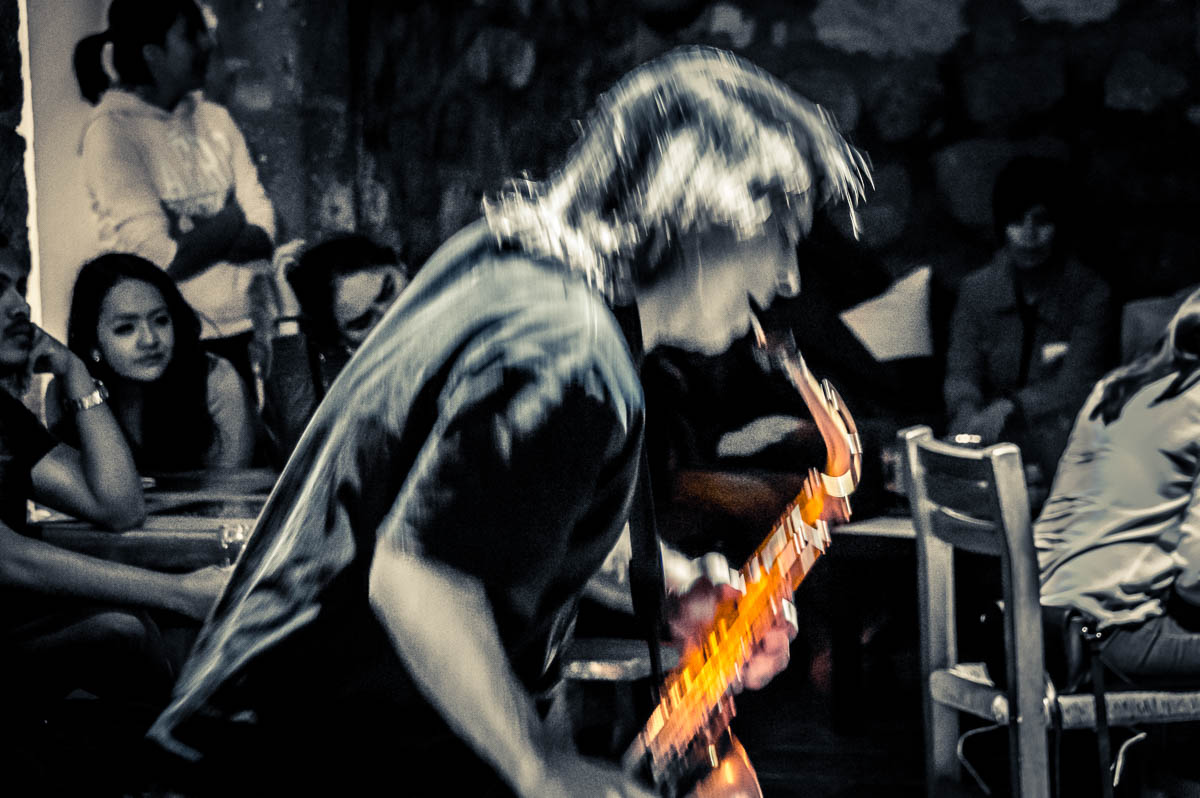 Free Jazz in a Blur 2 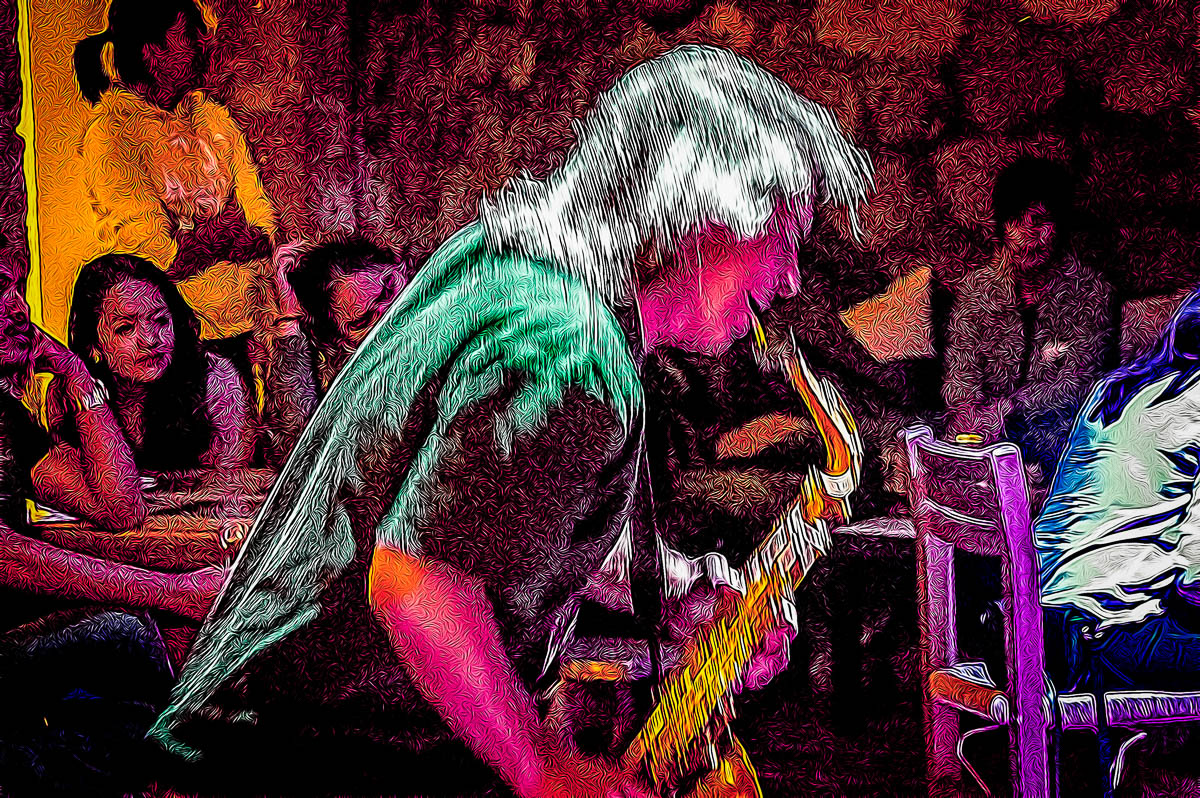 This is a set of three interpretations of the same photograph, inspired by the group’s music. The first version is what I intended to work on when I took the photo – a blur painting of the alto sax player. His white hair falls forward as he leans into his solo and he is reduced to almost unrecognizable figure by the smoothness of the blur. I heightened the contrast and tones in this version, but it literal in most other aspects. As I have said before – good blurs are as much a bit of luck as they a product of planning.

The second version is a bit of a mix of techniques. I reduced the color in all but the area of the sax, and used split-toning in the black and white to introduce blue in the shadows and yellow in the highlights. The split-toning is a technique I use often in black and white. The isolated color is something I don’t do too often because I feel it is a bit of a gimmick, especially if it is used frequently. I like this version but not as much as the first.

The third version is the first, processed with fractals to give the swirling line pattern in this case and some additional tonal variation. I played with an interpretation that gave it electric flashes of yellow, but in the end, this was the most successful fractal interpretation for me. I haven’t done many fractal interpretations lately – perhaps I will have to do more.

I’ll let you decide which interpretation is the best. Perhaps a tryptic of the three?