You Have to Make Mistakes 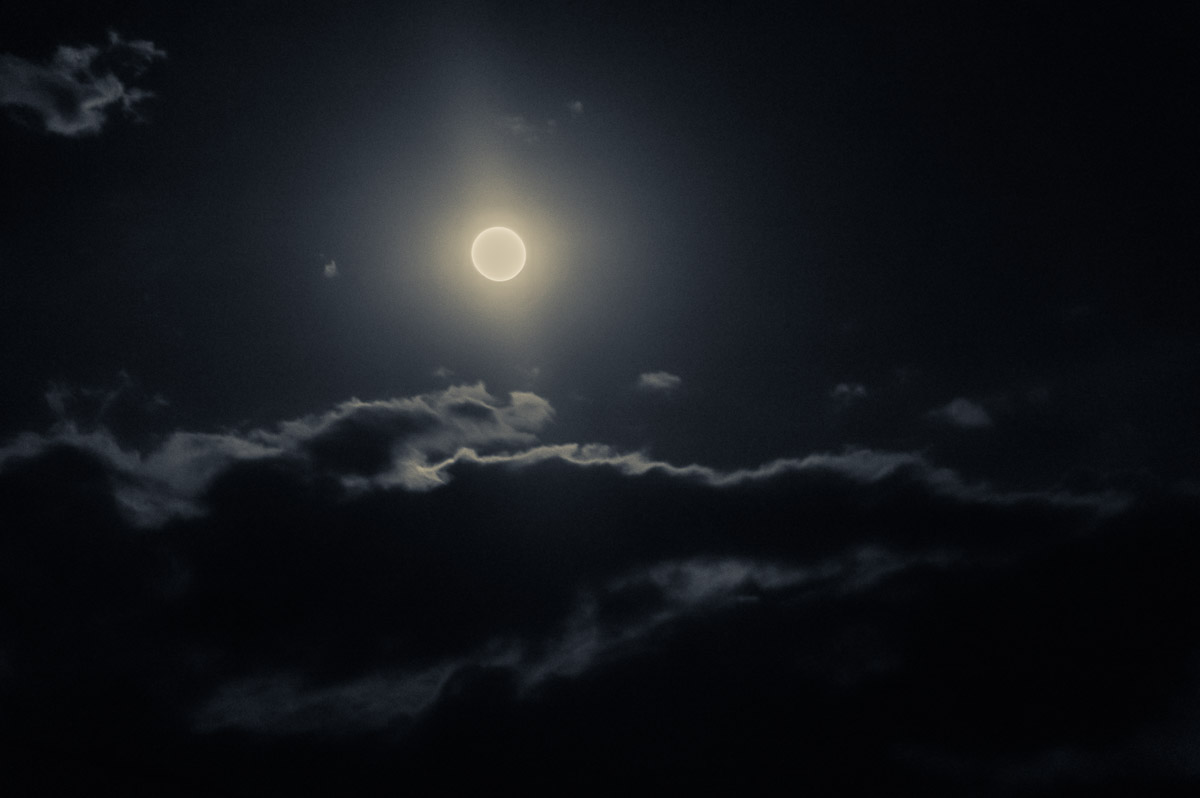 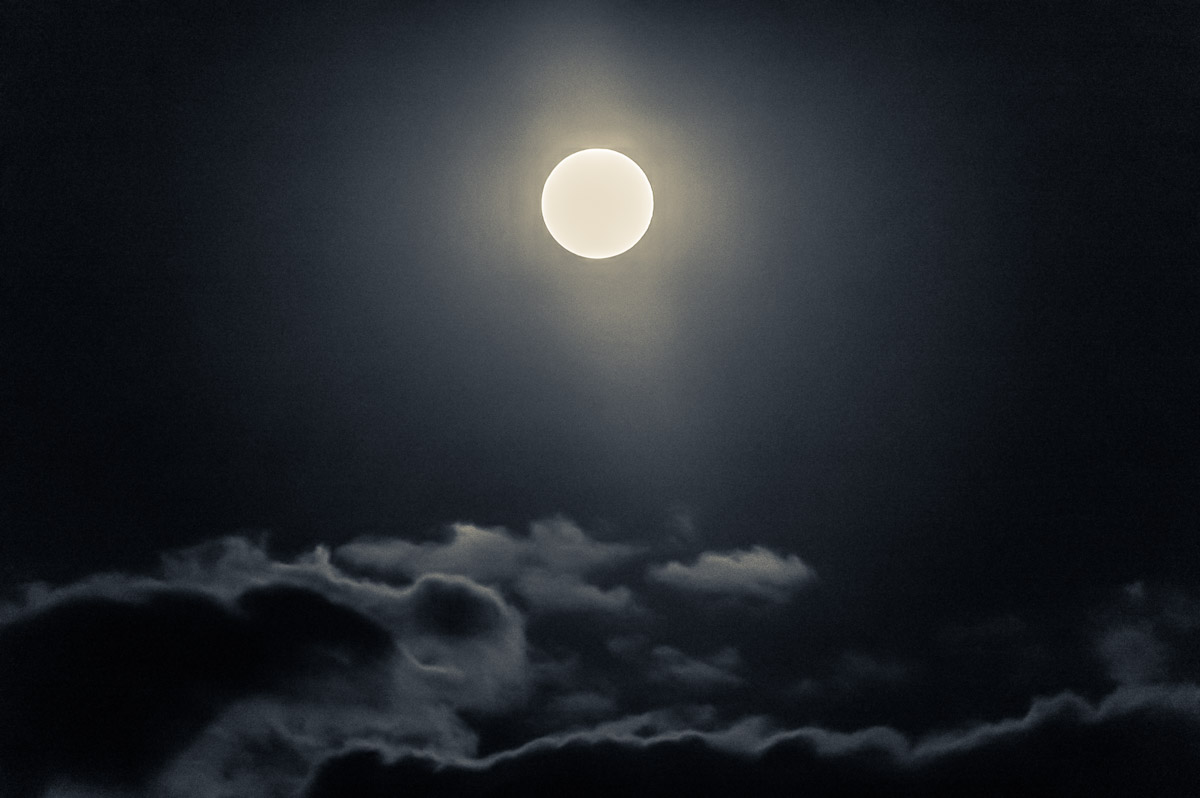 I love both of these photos, but honestly at the most basic level, they are mistakes. I was walking home from a concert at the Conservatorio and I noticed that the moon was full and it was floating above the clouds on the horizon – beautifully. I wasn’t carrying my tripod; I only had my monopod slung over my shoulder. I was near the house, so I could have walked there and back to my vantage point for the moon. But I realized there was one more thing I did not have or remember – the standard lunar exposure tables. These exposure tables were figured out as a baseline decades ago for photographers that wanted detail in night shots that included the moon. It is relatively easy to meter clouds or scenes around the moon, but the moon itself is so bright, that it washes out everything else. To achieve a balance with a digital camera and a tripod, you can use HDR techniques. Expose for the moon in one shot or series and then for the surrounding detail in another series, bringing everything together by registering the frames together and blending them down to one photo.

I was tired and it was likely that by the time I got the tripod and the exposure ready to take the photo, the moment would be gone. So, knowing what was going to happen – I just balanced my camera with the 250mm lens fully-extended on the monopod and fired off several shots.

I ran several shots because with the lens fully-extended, shooting at a 1/6 second or greater with an ISO of 6400, it was likely I would get some movement. I did, but in the end it didn’t matter. The moon is over-exposed in these shots beyond repair (and remember, since I am shooting RAW I have considerable tonal range). It is totally blocked in the exposure and it cannot be brought into range. The clouds too have an almost impossible tonal range. I could have included more of it in the final edit you see here, but I realized when I saw the RAW originals – there was another way to go with them.

In the end, I decided to make some lemonade with the lemons and leave the moon as a strong, shining disk with deeply contrasting clouds below it. I desaturated the color to black and white, then toned the result blue in the shadows and yellow/tan in the highlights. I like the result – it is a bit noir and retro. A nice piece for a print in the right place.

So it is. When I try something “off the wall” I am forced to try to pull out old knowledge and use it. I wasn’t able to in time for these shots, but I still got good shots and I brought back some ideas for another day, another opportunity.

Make mistakes. Learn. Fix them. Move on to the next opportunity.