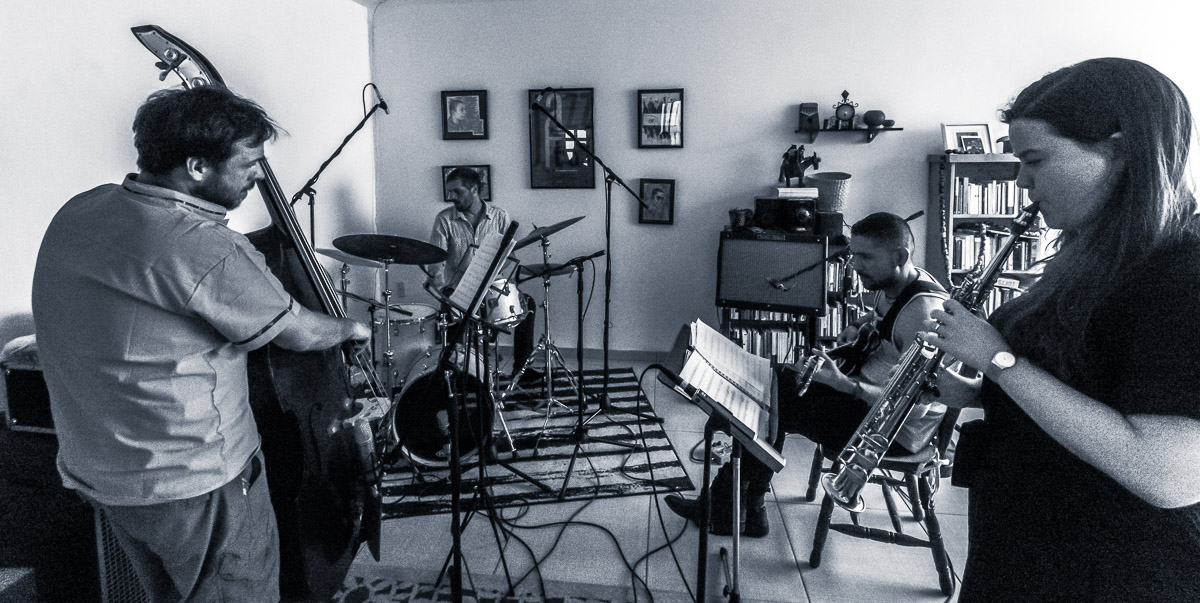 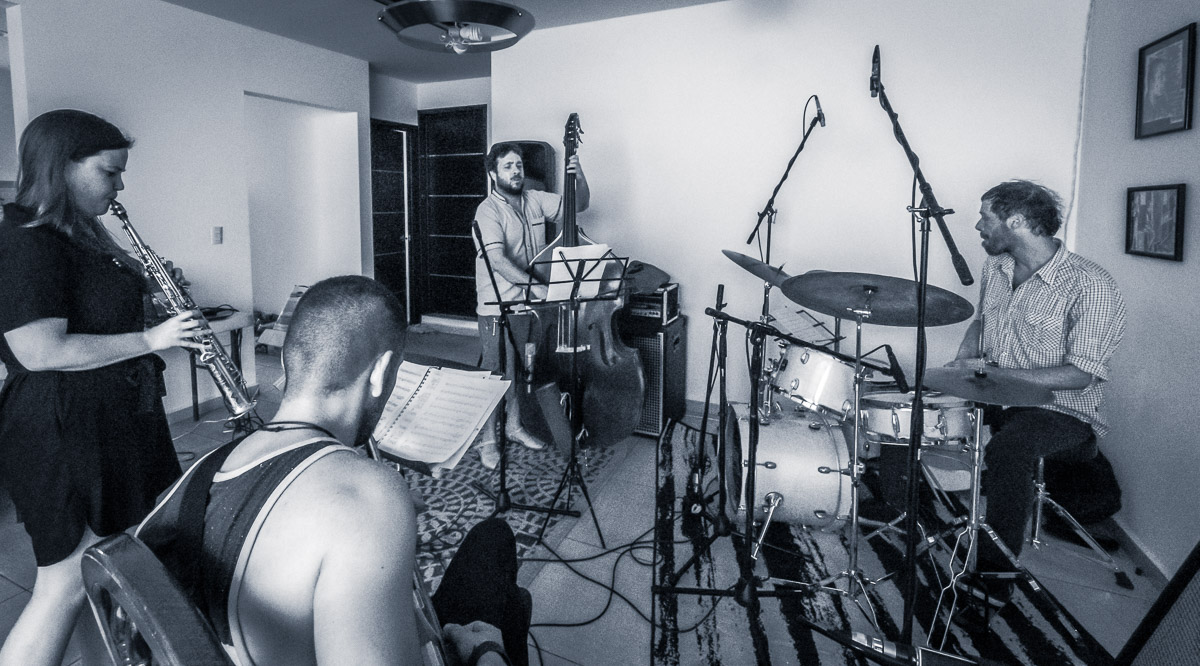 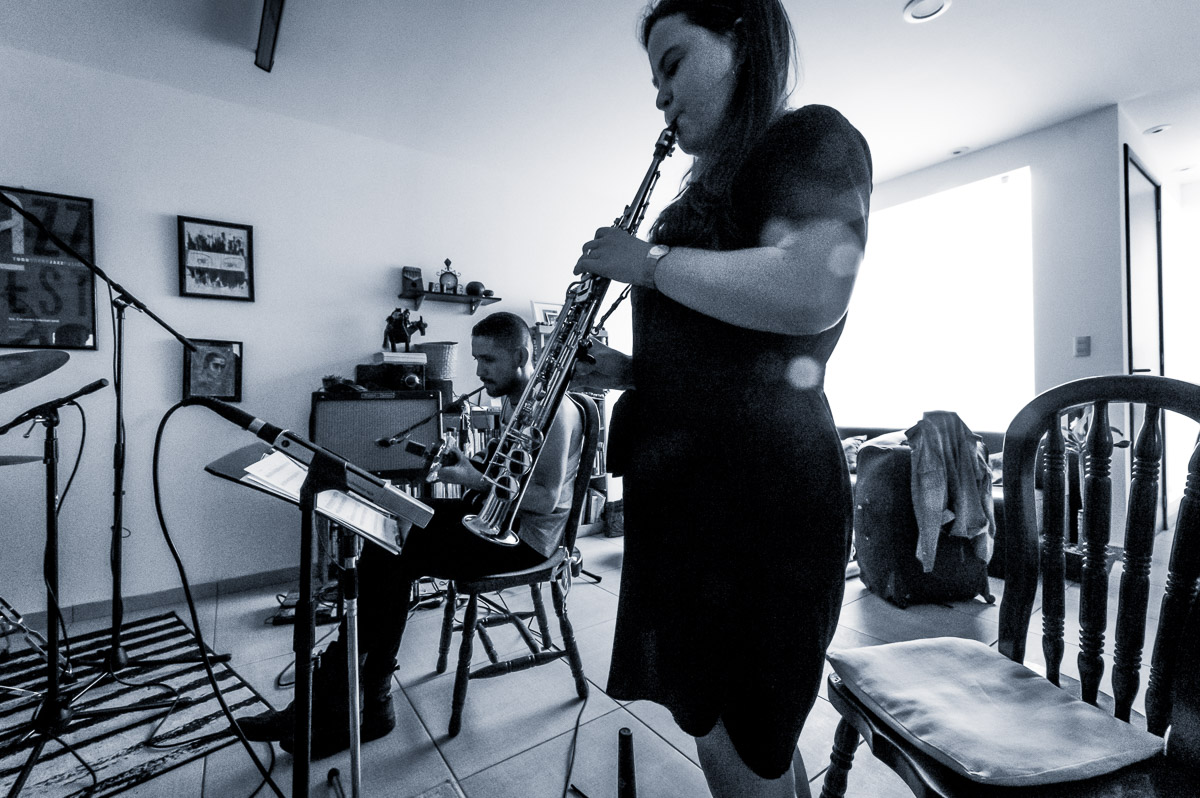 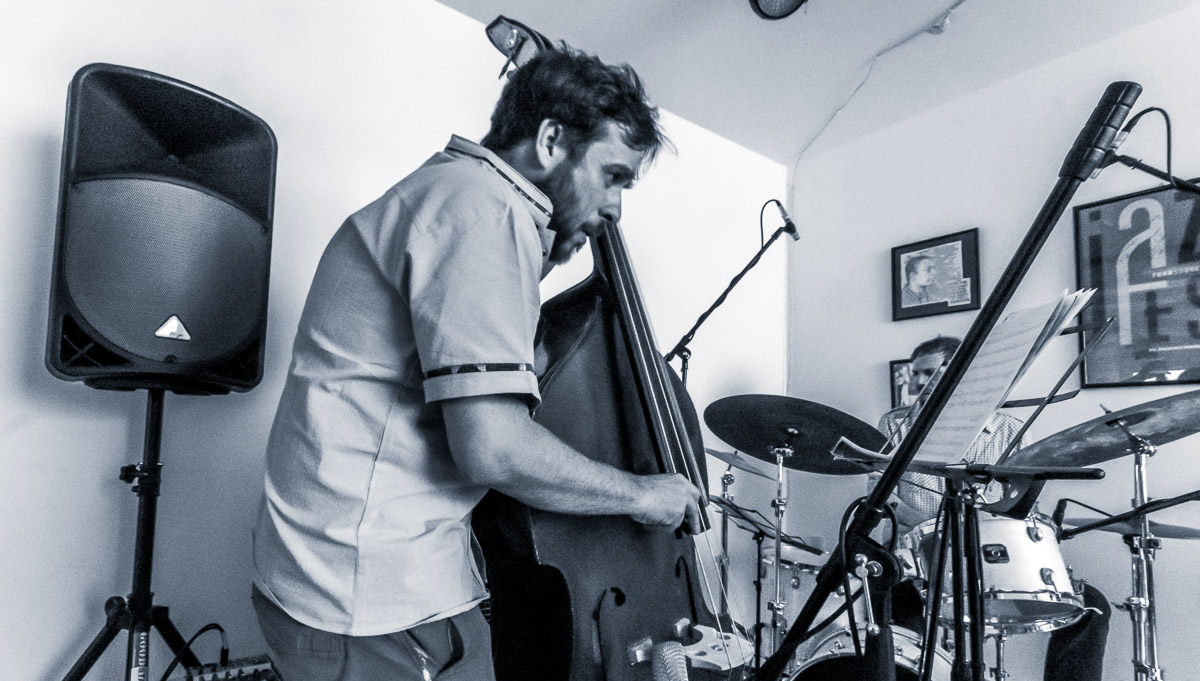 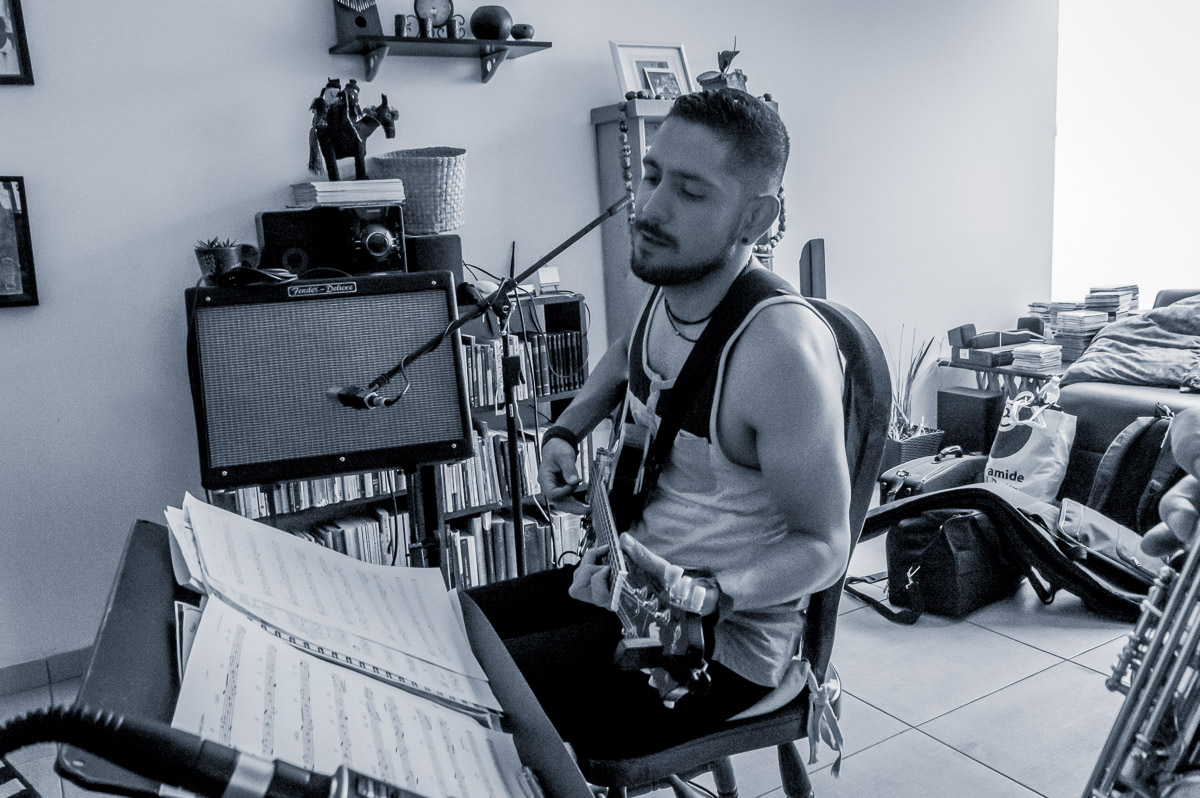 On a hot afternoon with a little rain 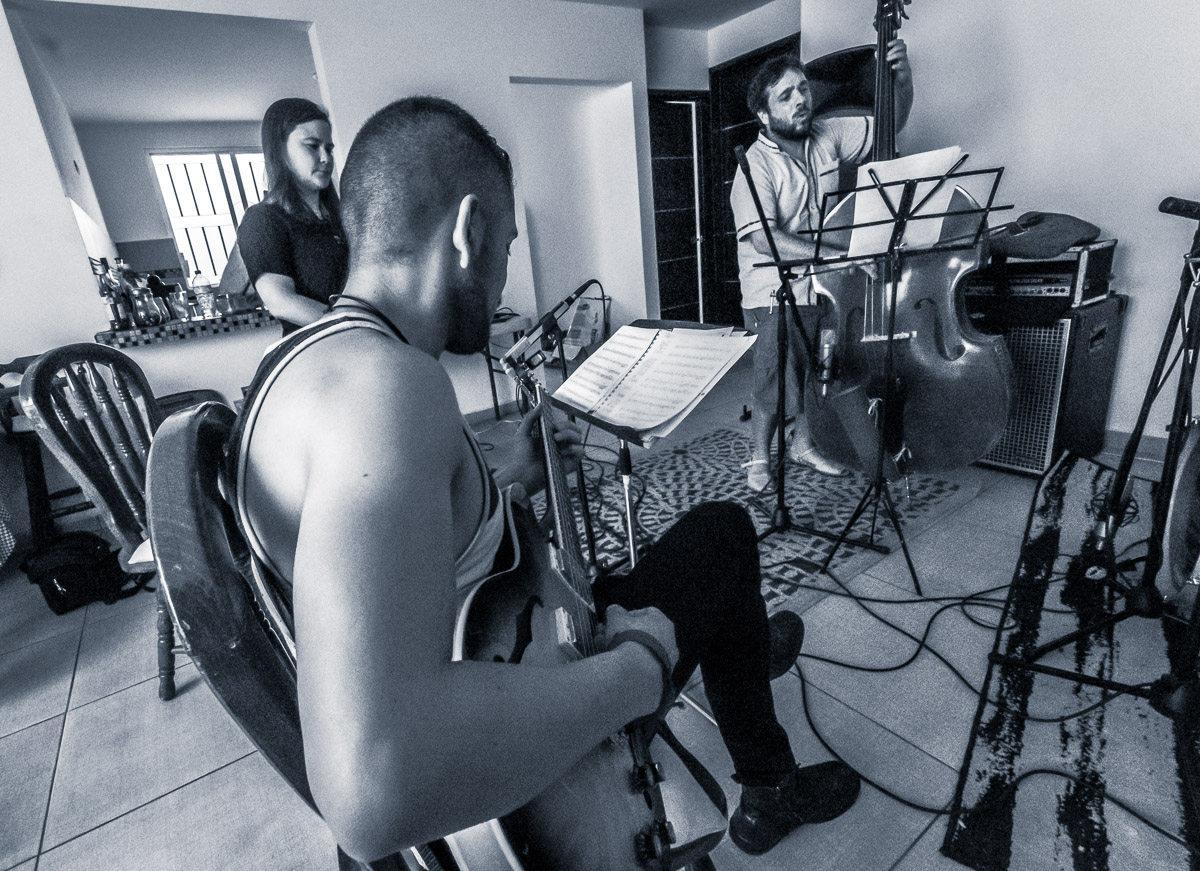 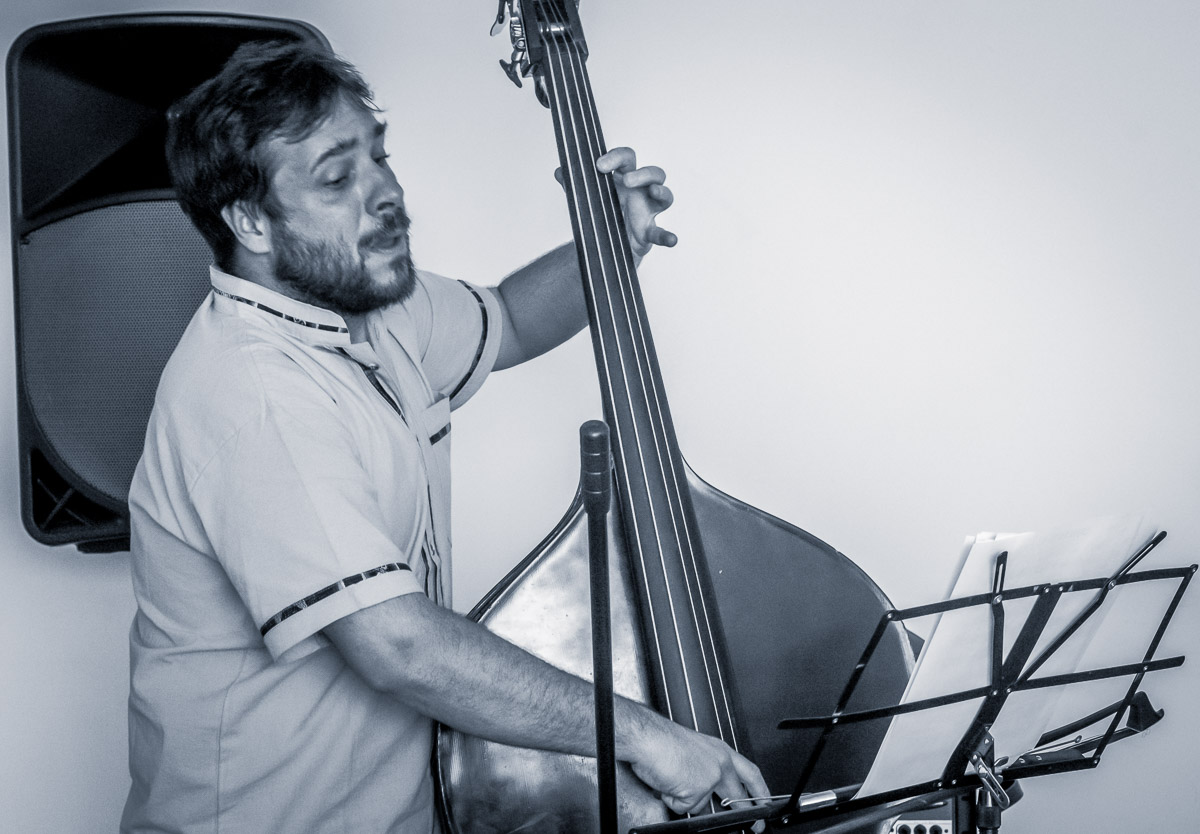 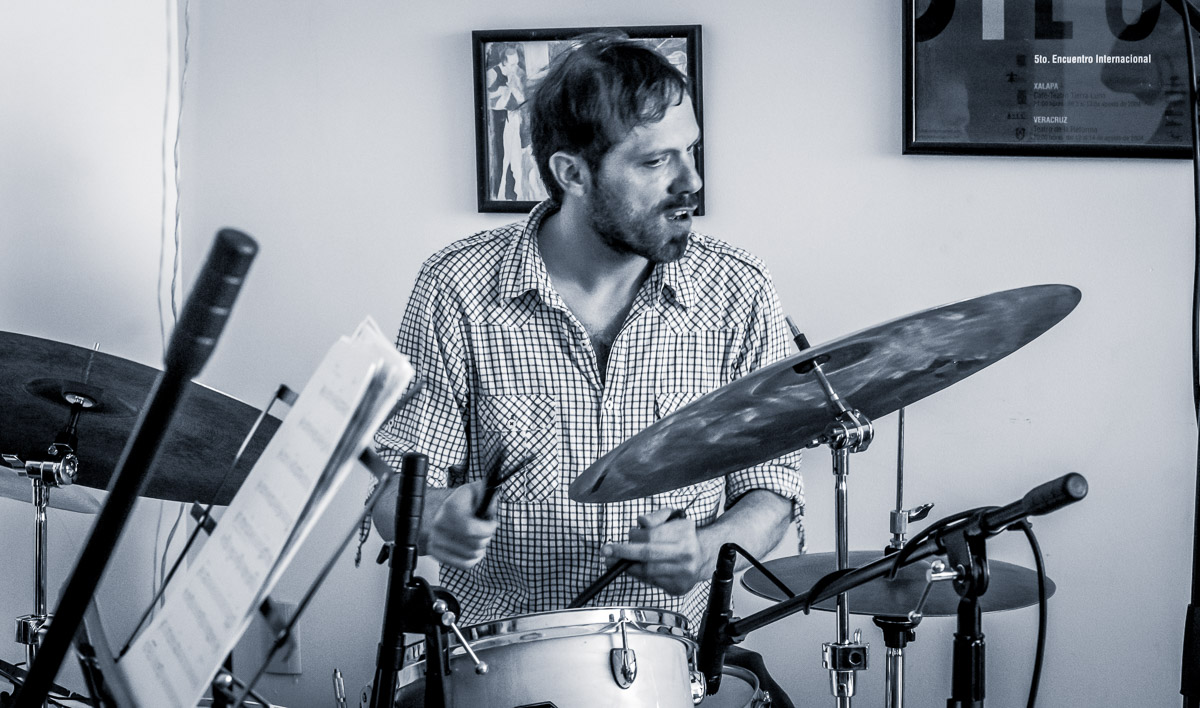 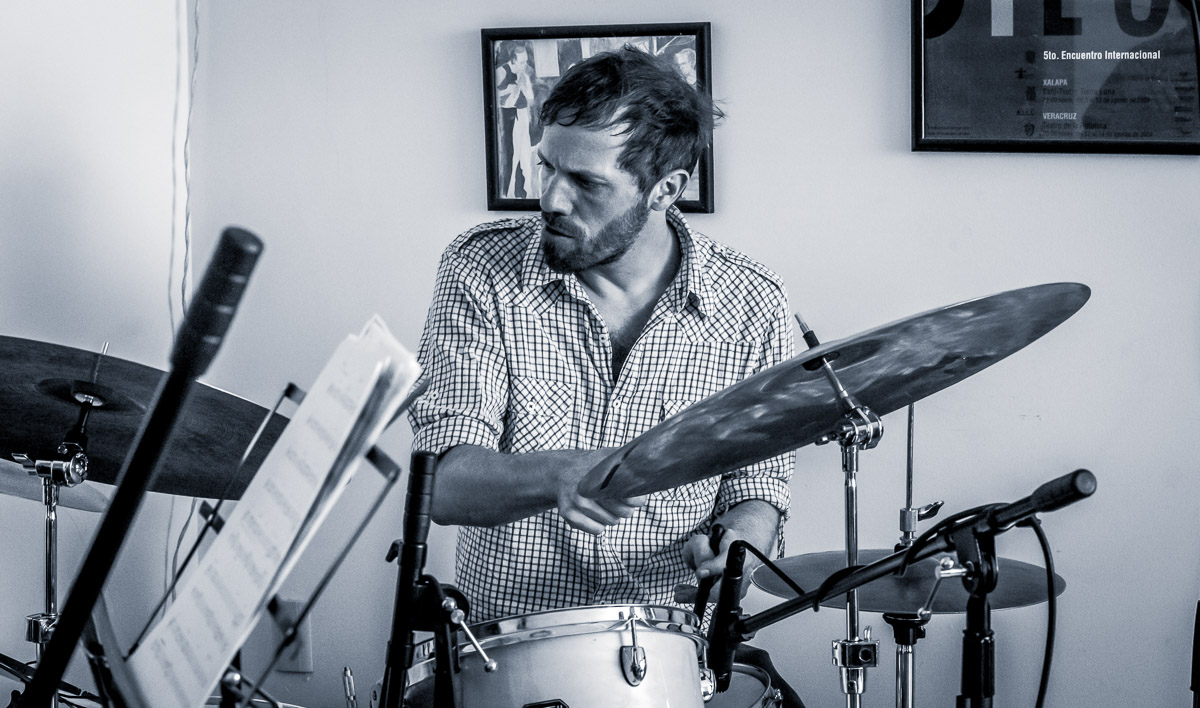 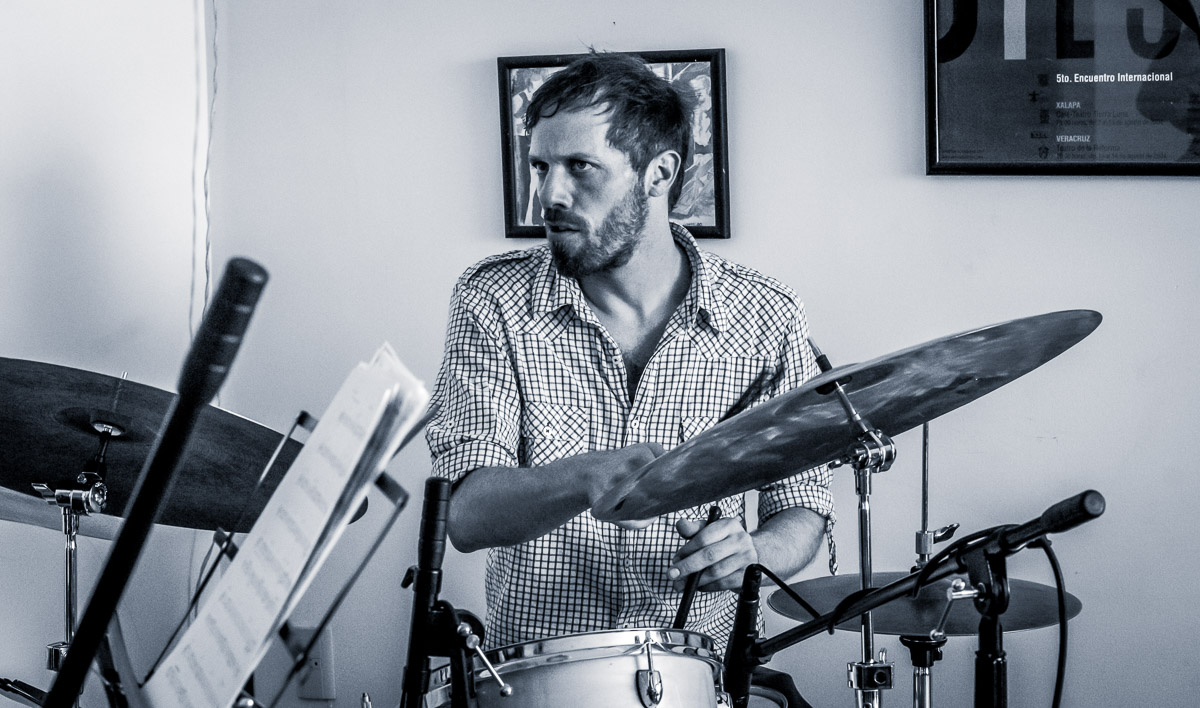 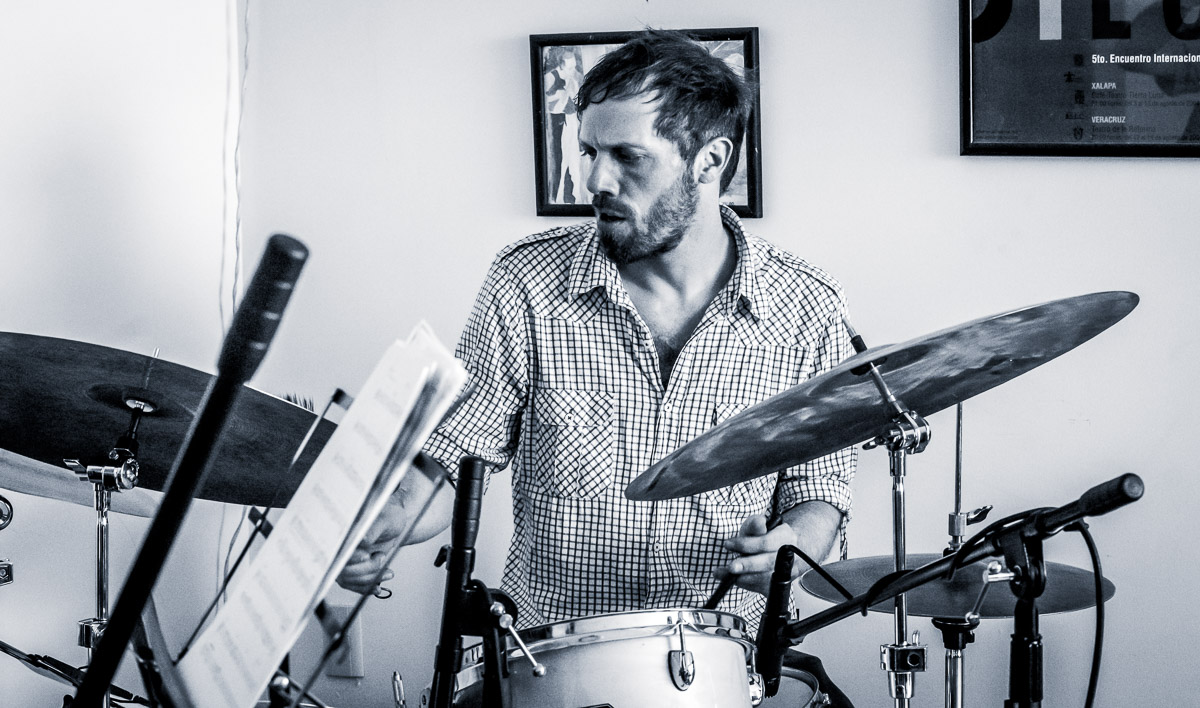 This is the first post of three from a recording session at the home of Flavio Meneses with this group. There are 25 photos in the completed set. As the name of the group implies – the musicians come from a variety of places and as you can see from the pile of bags and packs, some had just arrived from Mexico City before they started practicing and recording. The group had a performance at UNAM later in the evening. I decided the opportunity to take these photos during the recording session was the best opportunity.

Like any recording session, the context of the space, the day and the musicians is rarely even hinted at in recordings. This is the end of the dry season in Morelia and the start of the rainy summer season. During the month of May, it tends to be as hot as Morelia gets (high 80’s F, sometimes topping 90º) and we start getting our cooling rains. It looks like we’re going to have a week of cooling rain, but yesterday the room was pretty warm for recording. The doors have to be kept closed to keep ambient street noise out (even though technically, we’re in the interior of the block, not on the street) so the slight bit of rain we got didn’t go very far toward cooling the room.

The lights were off, but there is a large “window wall” on the afternoon side of the house that is shielded by a cement wall but has enough exposure to the sky to provide a good light source. I shot a fairly high ISO because I was aiming for a black & white session, and in that case the “grain” of high sensitivity would be more natural for the situation. Unlike the times I work on photos with an audience, I had very good access to the group so I could move around easily.

In the first-pass edit for this set, I processed the images as I usually would for black & whites from RAW color DNG files. When reviewing the results though, I felt that the predominance of highlights and white space was not working well for the split toning I normally do to make black & white warmer with deeper blacks. The results were just too warm and didn’t give an honest feeling of the context.

I went back and rebalanced the photos to remove all the warmth in the highlights and keep the finals a neutral to cold (blue) tone. The four photos in the Moments series were all shot from my monopod as were all but one or two of the final images in the series. I used all three of my lenses at different times. The rest of this series will come over the next few days.