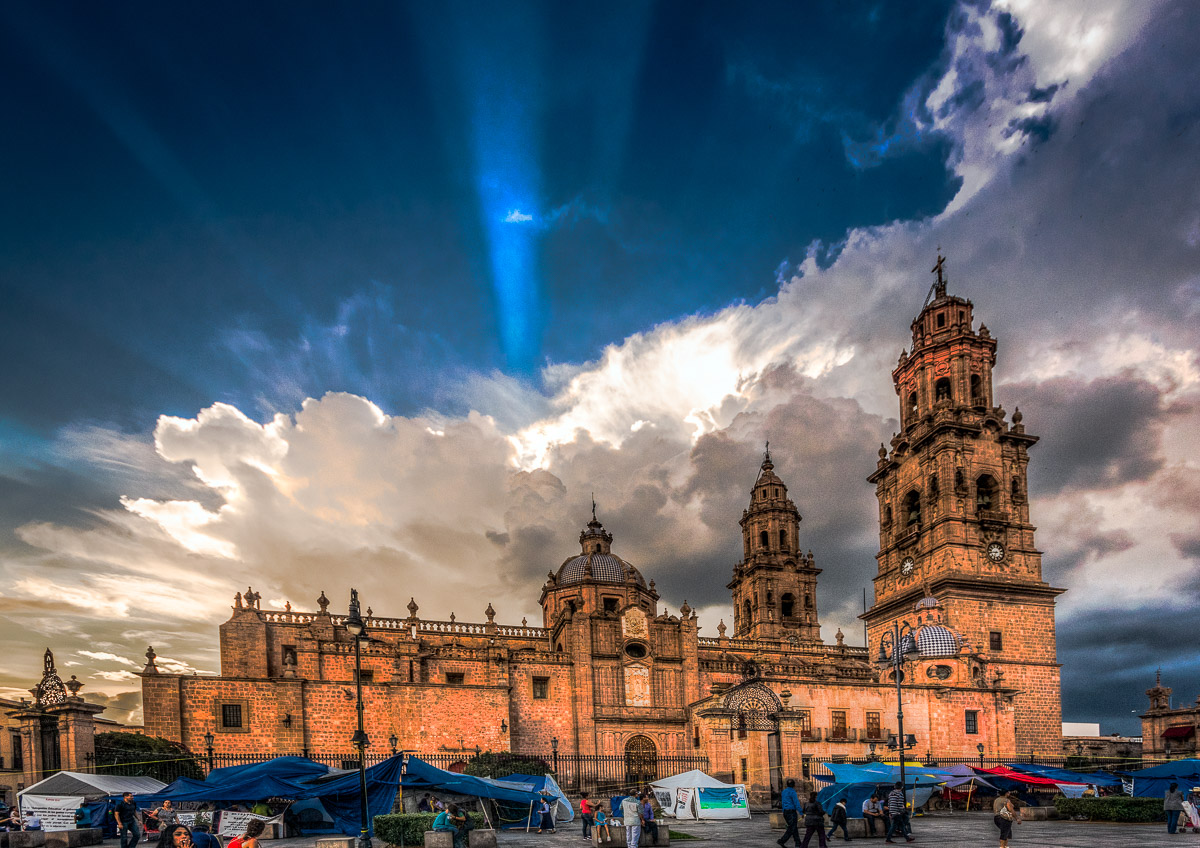 Day’s end in the protest camp

The “protest camp” is part of the on-going protest that is encamped on the plaza next to the cathedral and across from the governor’s office in Centro, Morelia. There is a another, more secure office, outside of Centro where the business of the state is actually done. But this is the traditional location for protests and more likely to be seen in the media. The protests? Many things, but mainly to do with the disputes over education reform.

I was there with a small group working on a September 15 memorial for the 2008 grenade attacks. There is a lot written about that time – but very little marking the actual spots where it happened. We’d all like to put that incident behind us, the reality is there are many families still suffering from it. I’ll have more when we have a clear picture of what the group will do.

For now, one photo taken from the plaza where the heaviest impacts were felt and they still resonate – at sunset.