Chicken marinated with annatto, grilled and served on the street 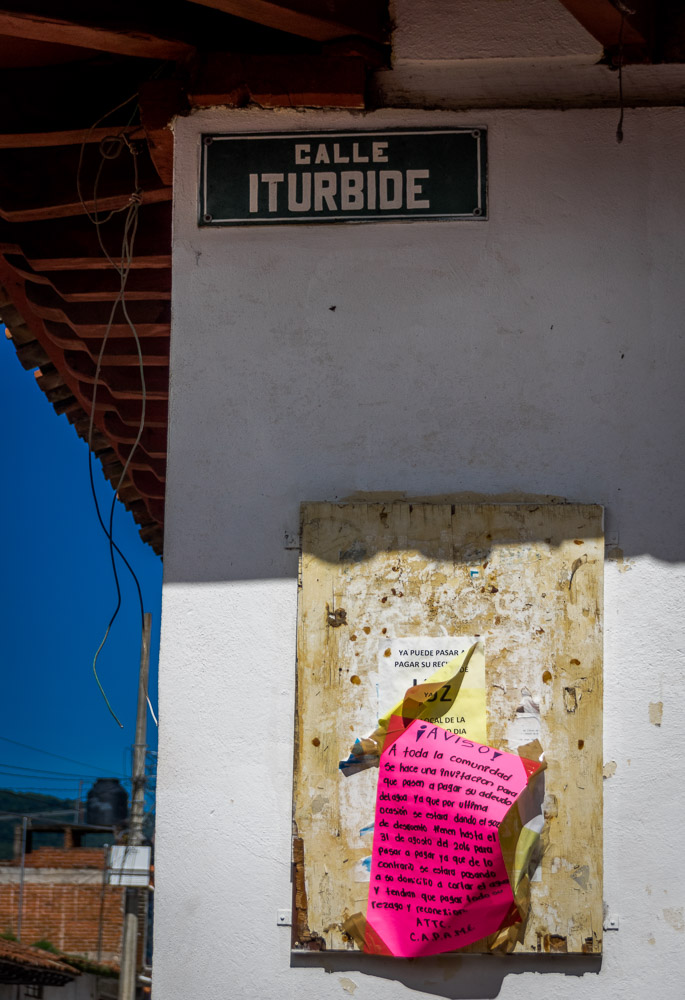 A message to pay water bills on the corner board. Old phone wires dangle uselessly to the side. 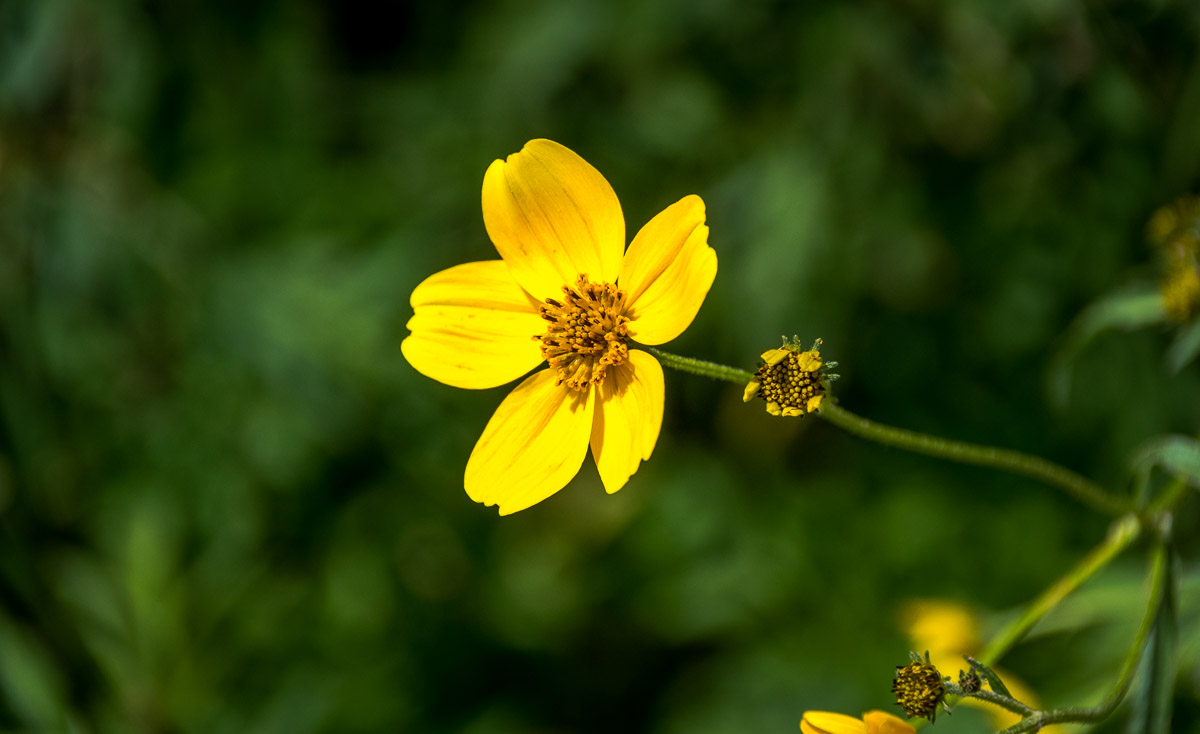 Wildflower of the Summer in Mexico 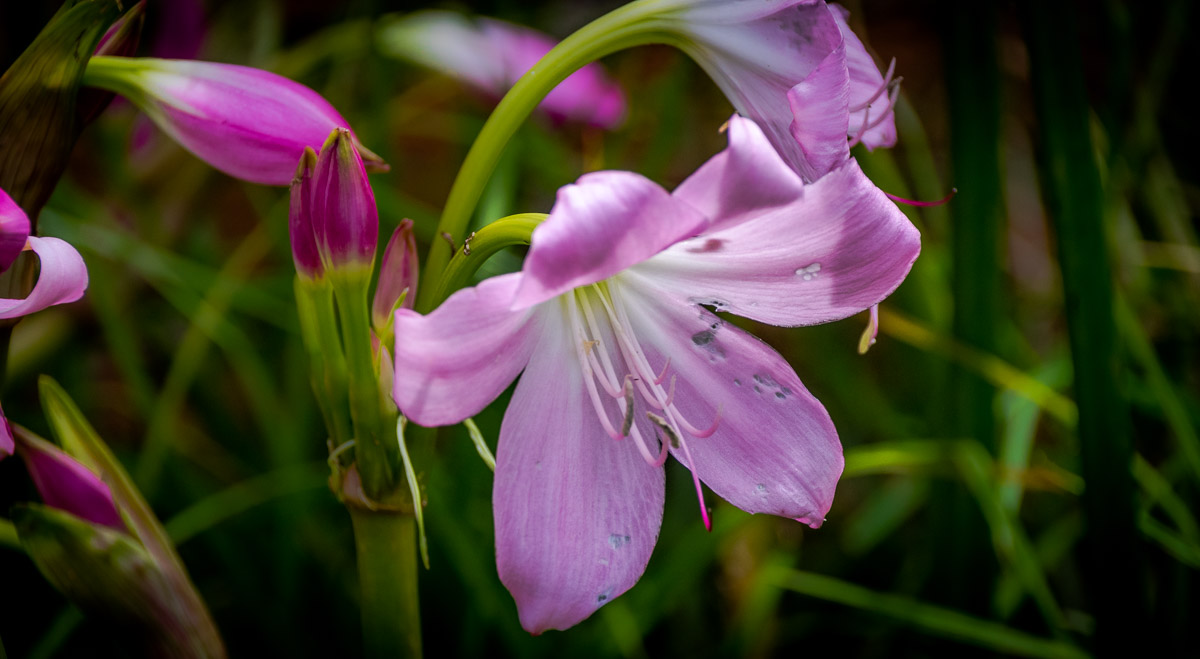 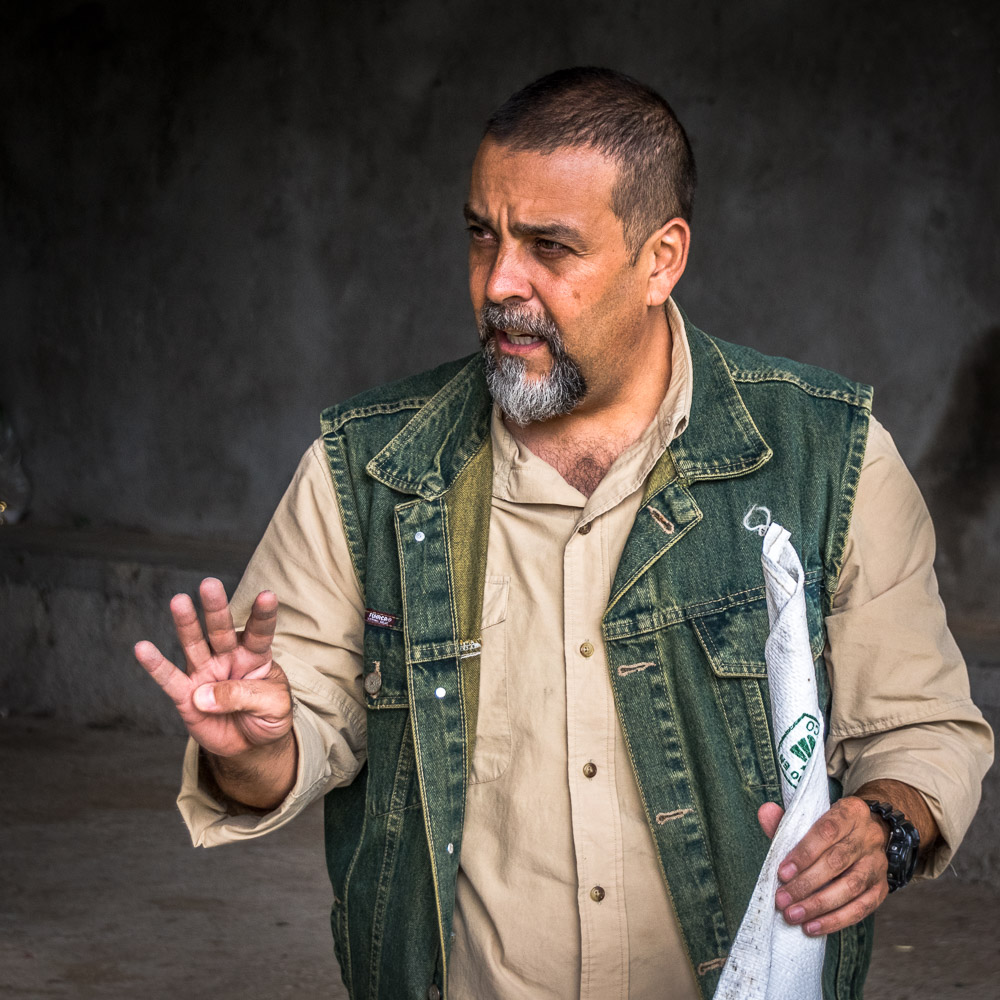 Advocating for the Idea

Rolling a flour sack for cutting 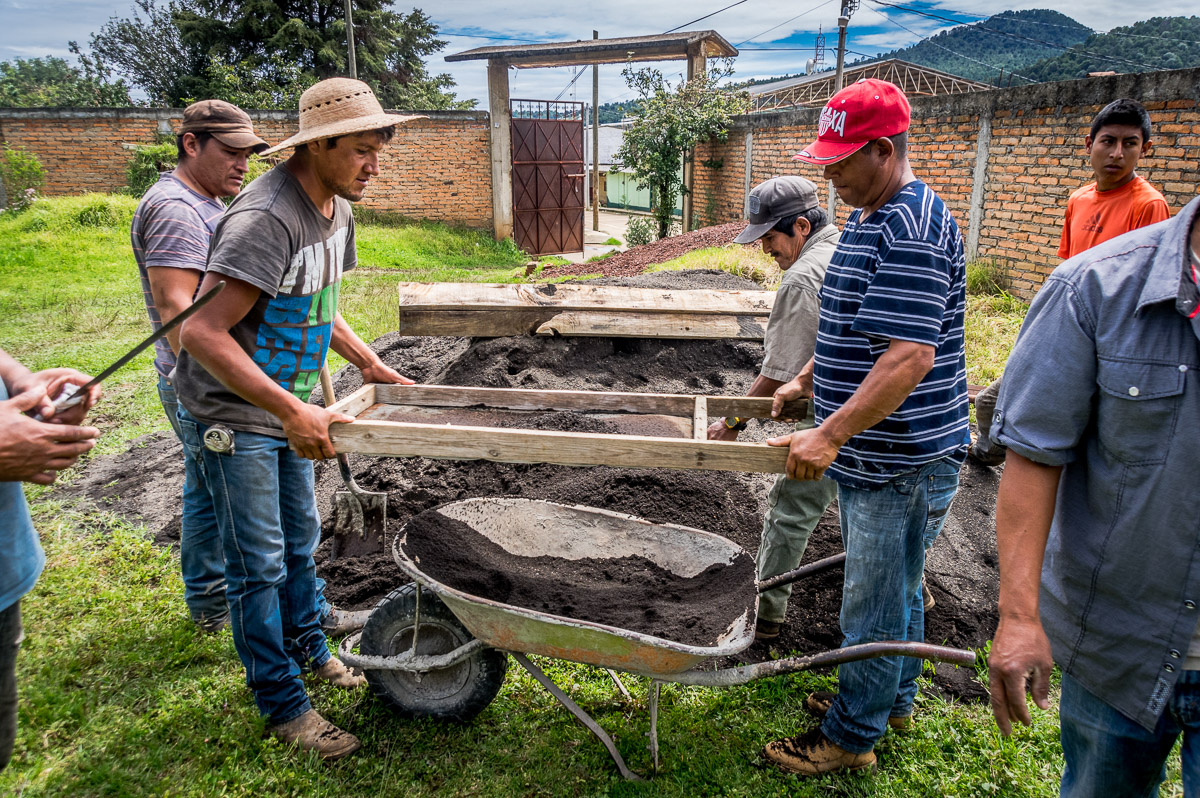 Sifting sand for the cement 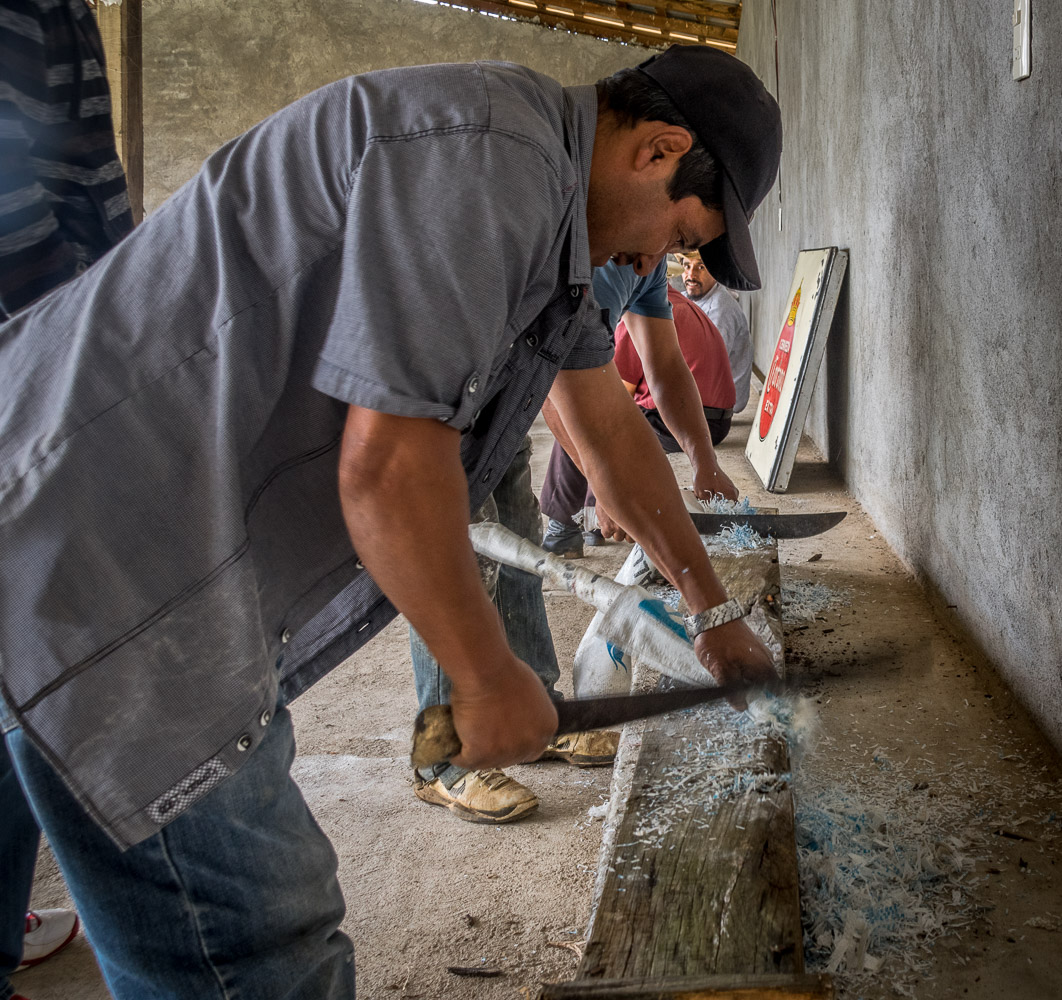 Preparing Fiber for the Lamina 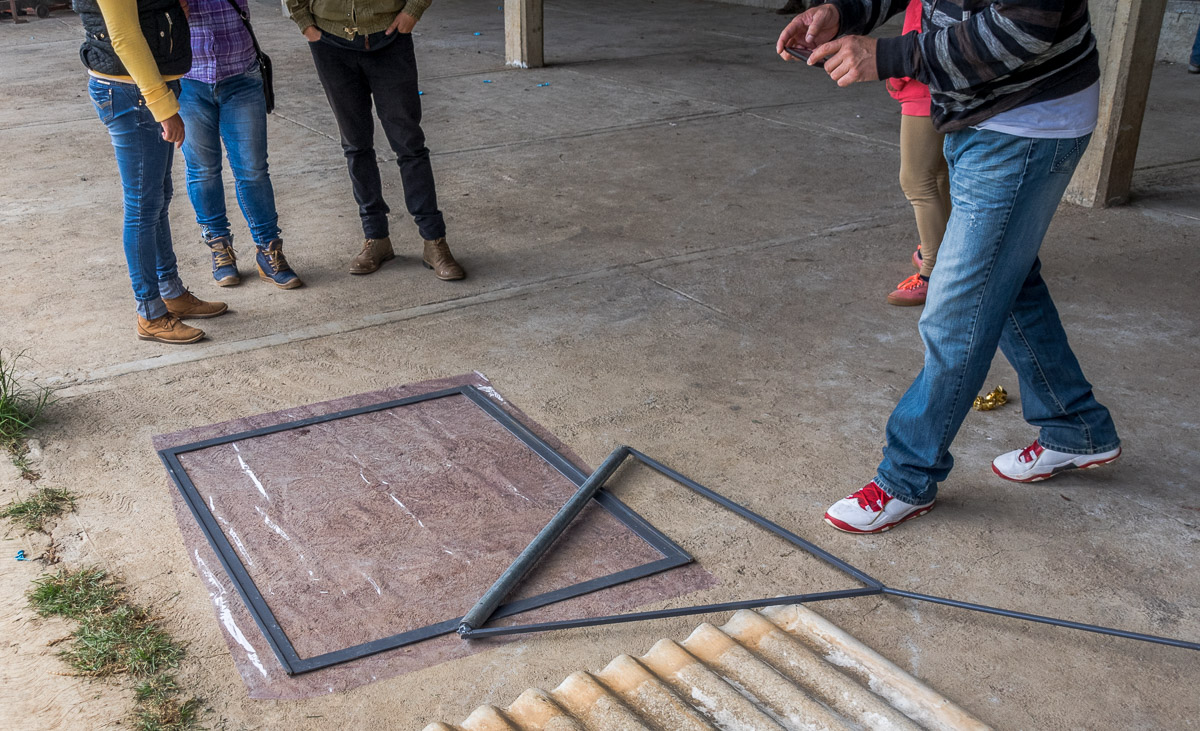 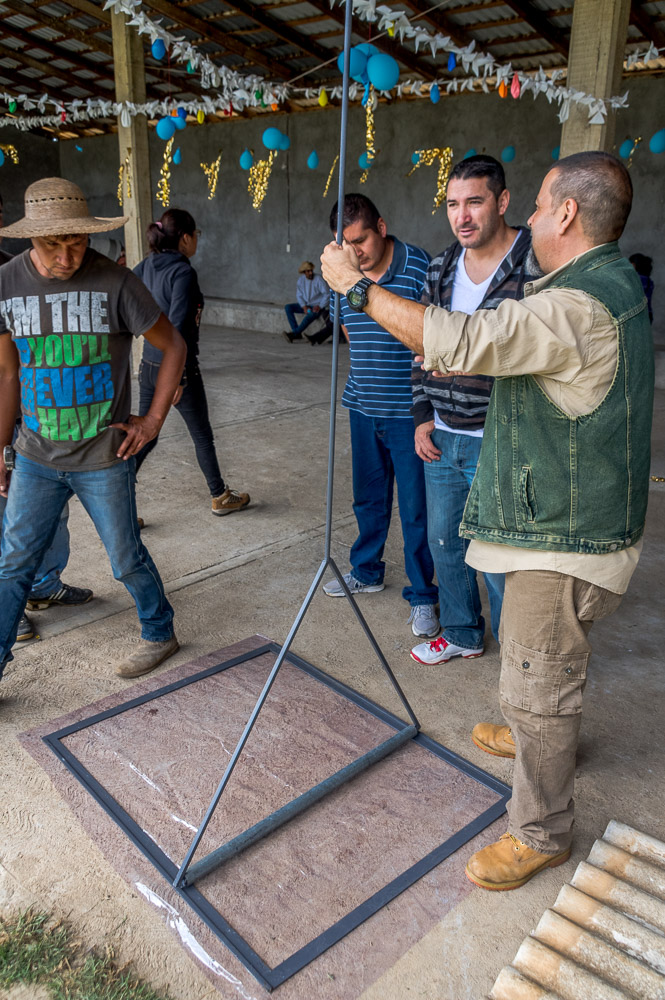 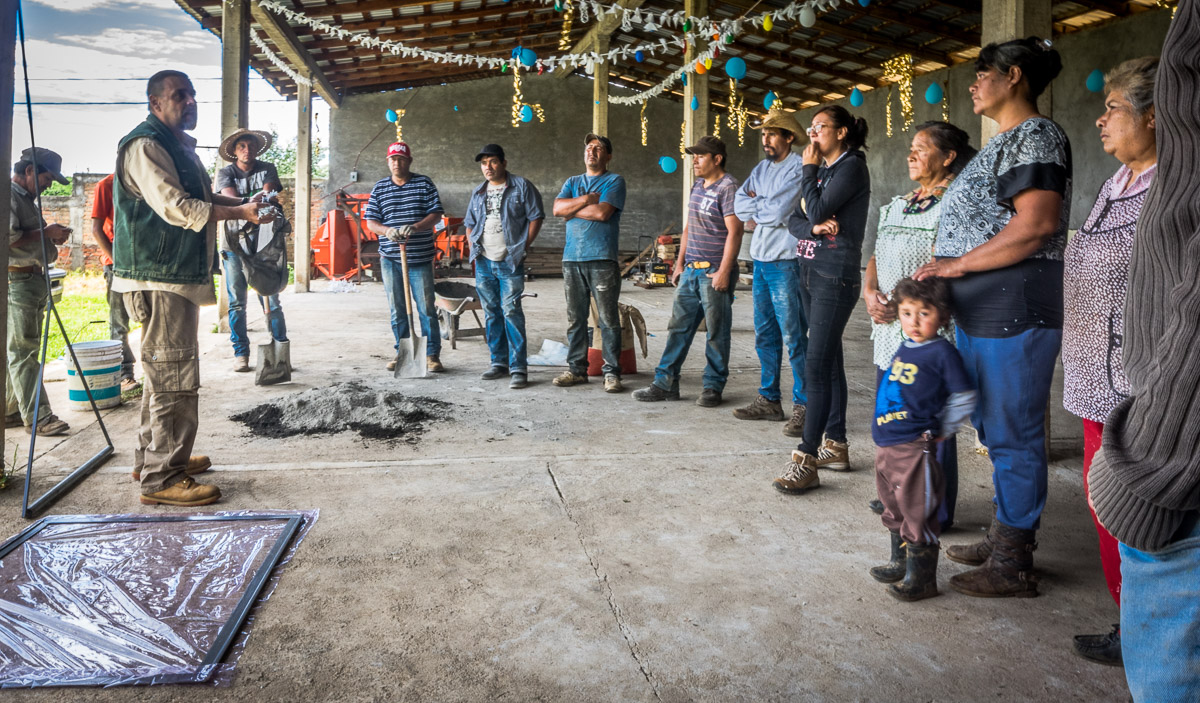 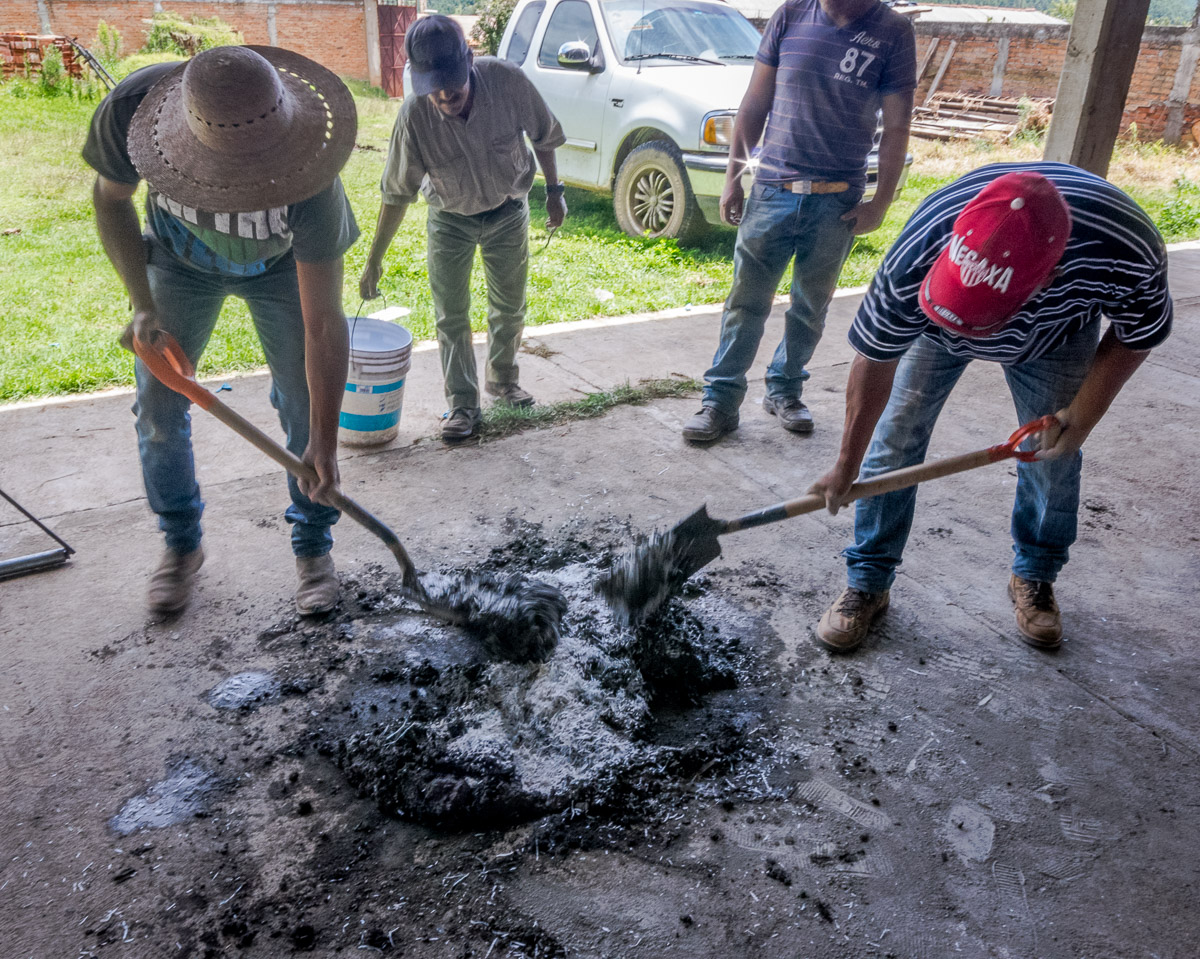 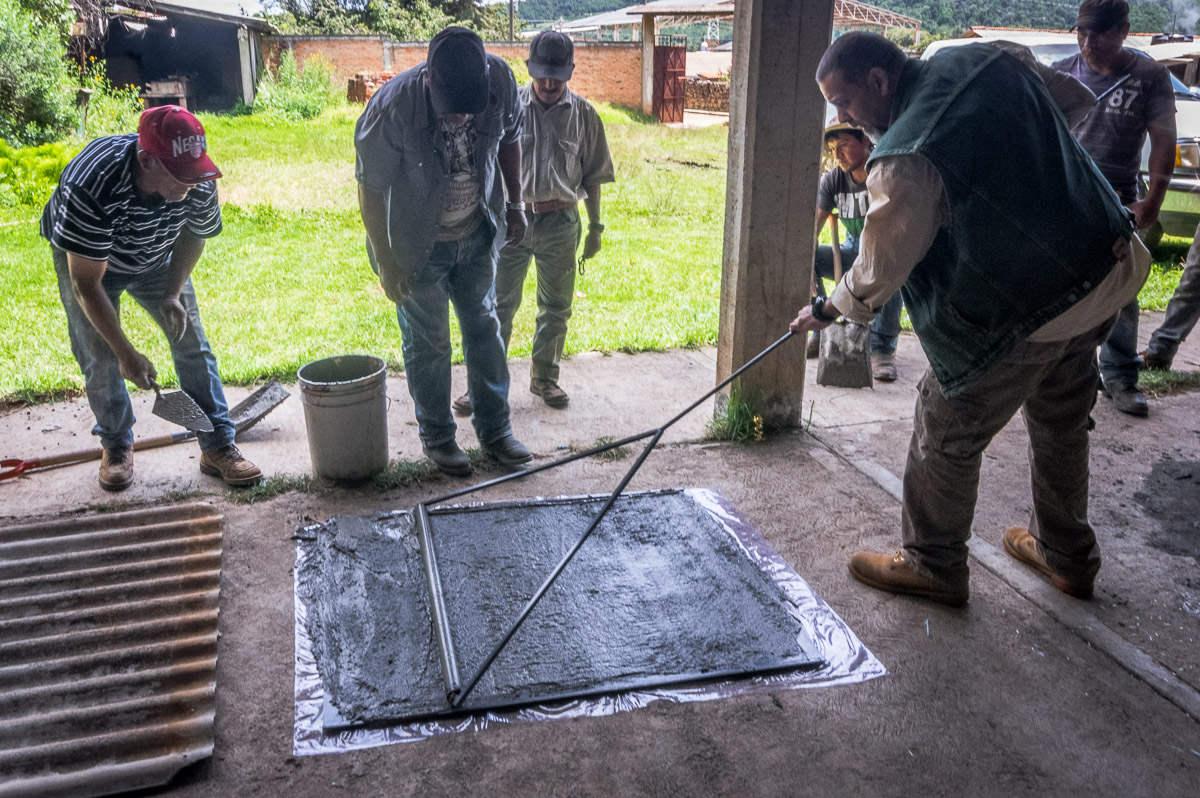 As I promised, this is the first set of three (the rest of the series is complete now – the 2nd and 3rd posts) from a trip I took last week with a friend of mine around Lago de Pátzcuaro. My friend, Erick Legaria, works as a regional development consultant for the state of Michoacan, providing services to municipalities (organized like counties in the US) around the state. He goes into the communities, explains the program to residents, helps them focus on sustainable projects that leverage local resources and provide value. He then provides his services as a consultant to help them get their projects off the ground. He has many different projects around the area and staff in towns where they can serve the needs of many communities from a central location.

On this particular trip, we took combis to the “end of the line” on the Pátzcuaro side of Morelia, then switched to a shared taxi into Pátzcuaro. At a stop near the railroad tracks and an old passenger station (passenger train service ended in 1997 in Mexico) we got out, waited a bit and then took another combi into Erongarícuaro (Erongo as the locals call it). We were careful to take the “direct” route, which shaves at least thirty minutes off the normal, local village-hopping route but none the less – it isn’t a short trip, bouncing along in a converted van on bench seats.

When we got to Erongo, we met up with Erick’s local staff, arranged for rides and went on into the mountains to La Tenencia Làzaro Càrdenas where Erick helped organize the demonstration in the photos for this post. Around the lake it is common for people to use corrugated, fiberglass panels (lamina) to cover sheds and to line their tile roofs to make them water tight. But, because they aren’t made locally they can be expensive and hard to get at times. Cement panels would be an alternative, but traditionally they are made with asbestos as the fiber binder in the concrete and that isn’t acceptable for uncontrolled use around people and homes.

So… the idea that Erick is promoting in these photos is to leverage the local knowledge of cement work, many of the people in the community work or have worked in construction trades at some point, locally available cement and the fiber from bags of flour and feed as a binder. With a few simple tools and a some ideas, it could provide a good resource for the area. It is a relatively simple process with many applications that are well understood locally.

What you see above, after the first few photos of food, a message board and flowers, is the sequence of events leading up to the pouring of the first frame. Tomorrow we will finish the sequence in Erongo and move on to our visit to San Jerónimo Purenchécuaro in the post after that. For me – it was a great opportunity to get closer to the life in these rural towns and understand the area. I enjoyed it very much – and I hope you will too.